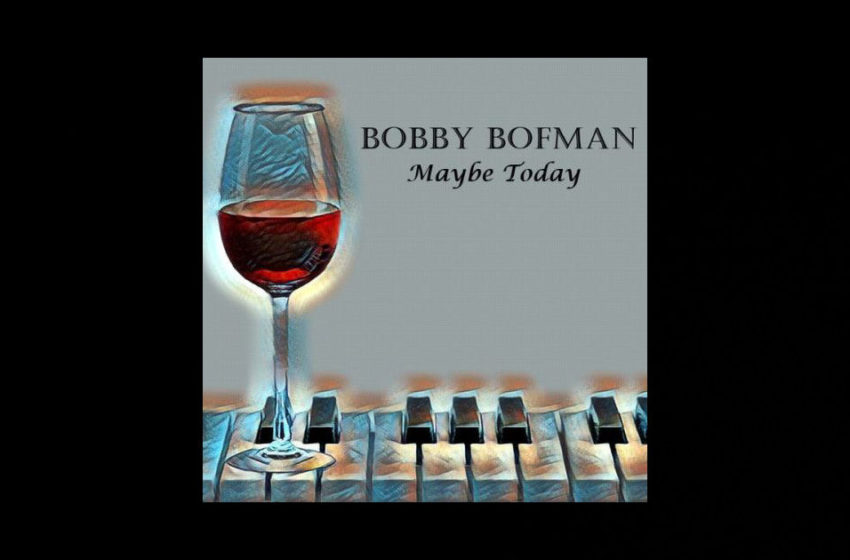 As promised – back-to-back Bobby Bofman for ya!  We’re continuing on in checking out his latest tunes on the Maybe Today EP after having just reviewed the versatile set of songs on the Happy Rhythm EP – if you haven’t checked that out yet, make sure to click that link to head on over & have a read.  Make sure to check out the links below these articles as well…head on over to the main website & find out more…all that good stuff – plus, the first track on both records is available to ya free as well.  It’s an offer I’d definitely consider – especially on this second EP in review here today, considering that he starts out Maybe Today with one of the best songs he’s written & recorded with “Time.”

It’s funny…sometimes there are songs where words won’t even come close to doing them justice.  Sometimes it’s a part of a song, sometimes it’s the entire thing – it’s that moment during the first playback where you’re listening and everyone around the room locks eyes or nods their head in approval…it’s that moment where each person realizes they’re witnessing a shared magic that’s universally understood by every set of ears listening.  “Time” is that song.  I’ve always had respect for Bobby’s music and his approach to songwriting, but there’s zero doubt in my mind that the end results of “Time” exceeded any expectations I could have possibly had – it’s perfect from concept to performance.  Three of these tunes were a part of the original set of songs I’d reviewed when checking out Bofman’s music for the very first time…I had a particular affinity for “Time” back then, I still love it now.  “Time” examines mortality, examines self-worth, examines life & love, the experience as a whole – and ultimately, the effect of “Time” itself and its relationship to the lives we lead.  Still no doubt in my mind that it’s one of my favorite vocal performances from Bobby and the piano playing is beautiful as ever; the chorus is relentlessly stunning – no matter how many times I hear him transition into that part, I continually hear how special that moment really is.  It’s almost like an extremely well-written & unspoken but implied insightfulness that occurs within this song; like right as Bobby is reflecting on the effects of “Time,” he springs to life with the melody in the chorus and reveals there’s so much more in his tank…almost like the fact that he’s got the extra energy & spark there is an audible rebellion to the threat of years passing.  I think it’s a gorgeous melody and an extraordinary performance, full-stop.

In between writing about these two EPs on a break taking my dog for a walk around the neighborhood here through the snow of Ottawa, I was talking with my wife about the music of Bobby Bofman and doing my best to describe it…because he doesn’t always make that easy.  Like I’ve mentioned in previous reviews, he’s a songwriter’s songwriter – that’s a comment he makes easy to stand behind…but as far as the sound or direction of where he’ll go next with his music, it’s not as easy to pin-down or predict.  Personally, I think he’s at his absolute best when he’s on the piano like he is on “Time” or on “Yesterday” to follow – he has such an incredible connection to that instrument that the resulting comfort in the combination ends up bringing out amazing melodies from Bobby.  I did my best to describe him to her though…I came up with something close to Don McClean…which I think you can probably get a bit from the way he writes & sings “Yesterday.”  Or maybe a bit like the infamous Meat Loaf, but like, without all the cheesy theatrics and melodrama…Bofman can communicate his expressions similarly in details and writing, but from a more sincere angle that reveals his genuine love of the craft, singing songs, creating stories in his words, and writing music that connects to both the head & the heart.  “Yesterday” makes great use of the piano and has Bofman flexing a bit more of a unique pattern in his playing, roaming a bit further to the outside of the inside of the melody, exploring all avenues it has to offer.  Maybe a bit more playful or willing to experiment to find its brightness, the melody of “Yesterday” is as sweet as the sentiment of “Yesterday,” which once again has Bobby reflecting on days past & love experienced with fondness.  He contrasts it all smartly with the daily grind of adulthood, and how escaping those responsibilities for a moment or two to enjoy a memory from the past is always time well spent.  Bobby has always sounded tremendously satisfied with the life he’s led to me, while knowing there’s still a lot more out there to be achieved & done…but he’s not an unhappy dude when it comes right down to it.  A lot of songwriter’s songwriters are downtrodden in their efforts to be realistic, which is justifiably related to a lot of their own experiences…all I’m saying is it’s really nice to have an option like Bobby who can deliver in a similar style, yet draws sweetly from his memories and shares a loving perspective & attitude towards many of the scenarios he chooses to write about.

Embed for Maybe Today
“Plus One” remains a really well-crafted song that shines a beautiful light on Bobby’s songwriting at its most focused.  I think the difference between a song like “Plus One” and say like, “Time” at the beginning, is that “Plus One” doesn’t quite rise to that big defining moment like “Time” does – it goes in a much more subtle & tender direction instead.  Certainly nothing wrong with that approach, and that’s not to say that “Plus One” isn’t without hooks, it’s got plenty of noteworthy reasons to like both verse & chorus – but with the final-line reveal of the writing in the latter part, it’s almost like an anti-chorus in the sense that the chorus exits on its lowest of tones.  Keep in mind, part of the reason he’s choosing to do that in that moment is because the line itself is such a conclusive one – when he sings the title of this song, it’s the end of that part of the story each time; bringing it in a downward progression melodically helps support that completeness.  Ain’t saying it doesn’t make sense, it certainly does and it once again reveals the focus that Bofman has as an artist & songwriter – but I’m sure you’ll get what I mean when comparing it to a tune like “Time” – similar in a sense, but also miles apart in that end result in terms of how we hear them and the impact they make.  I suppose it’s more like, “Plus One” takes us to the logical conclusion we’re expecting, whereas “Time” blossoms and evolves into a place where we couldn’t conceive on our own…there’s a high-level of satisfaction in both types of experiences, but unique to each other, if that makes any sense at all.  The uplifting aspect of “Plus One” is right at the heart of its core sentiment & in the lyricism itself – the music of this tune is quite moving, remaining stoic in a classic melody that plays more of a background role to create the atmosphere for the words to be heard.  No complaints from performance to production, as I’ve said from the very beginning, “Plus One” shows that Bobby can write a song in a focused theme and deliver storylines that connect – strengths that’ll be revealed perhaps even more than on any other in the final song to come on the EP, “Daniel.”

“Daniel” is another tune from the original set of songs I reviewed from Bobby’s music back in 2018, another fine example of writing that holds-up solidly over time.  Bofman pours emotion into the details and narrative of this tale he weaves so expertly throughout this song…the shift into the chorus is melodically powerful and Bobby does a great job of singing this song in a way that gives sincerity & meaning to the words.  The entire distance through though, he provides you with an absolutely crystal-clear story that everyone could follow…and I think people will appreciate that.  While even I tend to love more ambiguously written lyricism, there’s no doubt in my mind that sometimes a more straight-ahead but really well-written story can completely hit the mark, which he does on “Daniel.”  Even though they’re often only small sporadic moments, the instrumental sections of piano are spectacular to listen to…he’ll give you a bit of a solo in the middle of the song, and I honestly really dig the sound of Bobby’s voice when it comes right down to it – but I’d still love a bit more of that aspect too…those instrumental moments.  Because he’s proven plenty that they can be just as powerful in his music, as he does here on “Daniel” when he steps away from the mic for a moment, or when he did several times throughout the Happy Rhythm EP on the various guitar solos found on that record, or the beginning of “Time” before the vocals even start…like I said, it’s not always the biggest parts of the songs, but the contributions he makes musically to these tunes should definitely not go unnoticed.

I know I’m not supposed to necessarily compare on EP to the other, but we can help but love what we love…and I’d probably lean more towards this second one as my favorite of the two.  It’d be close – I think there’s a lot of personality on the Happy Rhythm EP that is unique and all those songs were new to me personally…but I think the writing of the material on the Maybe Today EP is seriously standout stuff, and there’s more of that sweet & exquisite piano playing alongside Bobby’s vocals – a combination that I truly love.  In terms of accessibility and what the people out there will love, I might be inclined to choose the opposite way around, and claim that Happy Rhythm has more angles to pull people in from through the sheer variety of sound, whereas Maybe Today is more piano-based and likely to appeal more to the singer/songwriter crowd out there.  Overall – I think it’s in the combination of listening to both that you really get to the heart & soul of what Bobby Bofman is all about – regardless of the style or sound, you can truly feel his love and passion for music in each of these songs.  He’s got an honest & observational style that is sincerely endearing and vocals to match with melody & wisdom packed into each tone & syllable…the amount of heart in his music is as commendable as it is remarkable.  Well done Bobby.

Make sure to find out more about Bobby Bofman through the official pages below!