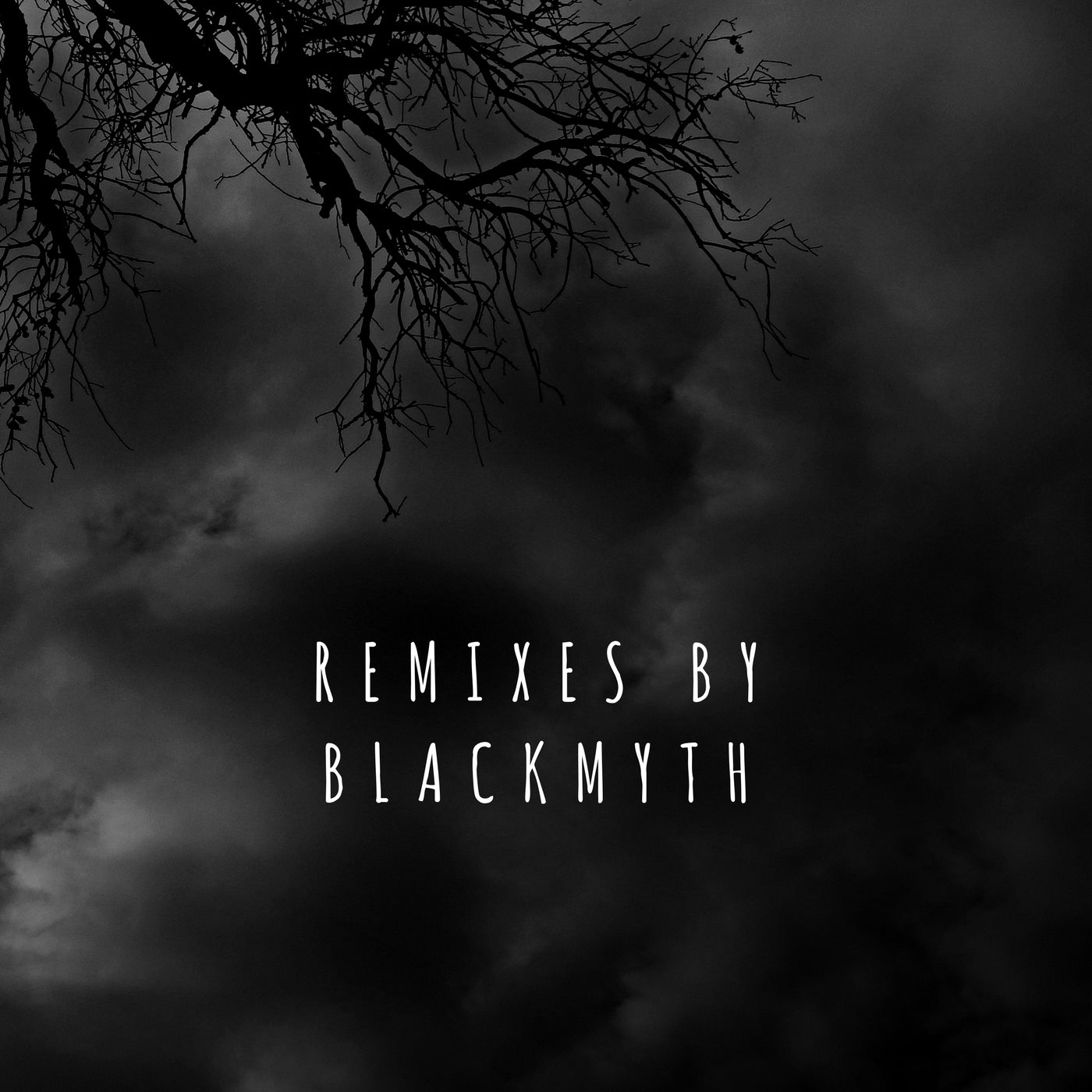 Here we go!  I can get behind electro when it’s like this for surely.

Somewhere in the middle of EDM and IDM, Blackmyth exists happily, creating glitch-filled edits and wickedly-imaginative remixes that rework the originals into an all-new experience.  This new record, Remixes By Blackmyth, is a perfect example of the incredible amount of imagination and skill that can be combined to create something completely different out of what once was; the level of innovation is extremely high here.

Take for example, the fact that, although you might recognize many of the tunes that Blackmyth is using – not one of these remixes uses the signature vocals that would come along with the originals.  You might ask yourself, what is left of Enrique Iglesias’ music without Enrique Iglesias’ voice to go along with it – and you would be RIGHT to ask that question.  That being said, Blackmyth has the answer for that on this record.  It’s interesting though…many of these songs that have been chosen have really powerful singers on their original versions…I think it speaks to the challenge that Blackmyth has taken upon to create something out of somewhere you might least expect it like this.

I can’t even begin to express the amount of audio-joy I was receiving through the album’s first cut, the Blackmyth Remix of Ukranian singer Anastasiya Prikhodko’s “Mamo” – I loved the mix, loved the melody, loved the blissful energy that it starts this set of seven songs with – this is how you pull people in!  And if you’re like myself…and you dig on being able to learn about new artists you don’t know of yet, it’s like a bonus-feature of listening to Remixes By Blackmyth; I didn’t know about Prikhodko before and now I do.  I checked out the original just to see how different this was – and of course, it is, miles and miles different in this new version from Blackmyth, just as I assumed it would be after hearing how the other tunes on this record that I knew in their original forms had been altered.  There’s FLAVOR here though my friends…you can hear the skill in the structure, mix and assembly here – this remix of “Mamo” is a fantastic start to the entire experience and the musical equivalent of a gateway drug that entices you quickly into the rest of the album to follow.

Again, I think people will appreciate the skill that’s being applied here and how these tracks are structured altogether differently.  You’ll recognize just enough of the massive-hit “Bailamos” by Enrique Iglesias…but in Blackmyth Remix form, it’s become a really unique experience apart from its original.  There’s much technique, style and skill being combined here…and there’s always risk in that; some people will really dig the far-away sound & atmosphere that this song has and its sparing use of low-end – others might actually find this particular cut a bit on the tinny-side of sound, like it’s being played on a ghetto-blaster from the other side of the beach you’re on.  Maybe that works for you, maybe it doesn’t!  I personally enjoy all different kinds of mixes and ideas in production that use it as a creative tool like Blackmyth does here.  I can admit that it did sound a bit on the thin-side by comparison to the rich sounds of “Mamo” beforehand – but I do think that the uniqueness of the production and atmosphere of the “Bailamos” Blackmyth Remix makes it a very worthwhile experience in its own right.  When it comes right down to it, when you know the original and I’m sure you all do, you can’t help but hear just how creative this Blackmyth Remix of Iglesias really is…this song has come an enormously long way from where it started and become something that would truly satisfy the electro-fans out there.  I dig it.  I also like the fact that I don’t think a lot of people would see this one coming.  They might see Enrique’s name on this and feel one way or the other about the artist himself, they might feel one way or the other about the original song too – but the bottom line is, what Blackmyth is doing here really makes it an all-new experience, and regardless of what a person might feel about the song or artist originally, this remix has every chance of winning over a new crowd with its highly stylistic, subtle rhythms & grooves.

The Blackmyth Remix of Linkin Park’s “The Way” was probably one of the tougher tracks to examine on this track and one of the spots where the mix is going to get this electro-artist in some trouble.  If you have the ear for sound, you’ll be able to hear the clarity in the main synth rhythm – and that’ll tell you right away that the clarity is there when Blackmyth wants it to be, and that everything we hear in this song is no accident.  The overblown percussion on this cut is a choice made…it’s on purpose…again, that’s going to work for some and not for others.  I can tell you as a gigantic fan of textures in the atmospheres of music I listen to regularly – it’s something that the average ear will all-too-often confuse for static or a shitty mix…but anyone that uses these kind of methods would likely already know that.  As for the rest of this cut, there are noticeable issues with the compression on this tune where you can hear the volume-levels not really line up with the intentions and ambitions…parts in the controls where I don’t quite think it’s as on-purpose as the way the track itself sounds.  Structurally, I like the way it’s assembled…it’s got tons of intensity and works well in its hypnotic grind; mix-wise I think there’s definitely a strategy here, but I’m just not quite convinced it fully came out according to plan.  I would also potentially argue there might be a better spot for something this diverse in sound compared to the rest of the artists that Blackmyth is remixing in terms of focus and cohesion in a listening experience…it might have been better off as a single as opposed to the somewhat jarring spot it has between a remix of Enrique Iglesias and the Pussycat Dolls, ya feel me?

That being said, I completely enjoyed the Blackmyth Remix of “Buttons,” which is the first of two Pussycat Dolls tracks being remixed back-to-back on this album as it heads into its second-half.  I felt like the mix was on, the sounds were vibrant and engaging on “Buttons” – in a way, it felt like once the patterns were locked & loaded here, there wasn’t too much that Blackmyth needed to do afterwards to make it any cooler.  So…”Buttons” kind of sticks to a similar idea and rhythm-line for the majority of its progression…if you like the sounds being used here, you’ll love it…otherwise it might come out a bit on the repetitive-side for some.  It all comes down to how you want to examine it; again, if you look at this new remixed version of “Buttons,” you have to hand it to Blackmyth for being able to parse-out the real interesting pieces of the original to formulate something like this in the end.  There’s much skill here, there’s no doubt about that…electro-fans will likely dig this all without hesitation…tougher to say if Blackmyth will be able to pull the people from outside the genre in though…it’s very electro, so is “Sway” right after it, both definitely targeted much more to that entire crowd rather than concerned with the rest of the world.  The Blackmyth Remix of “Sway” by Pussycat Dolls takes the traditional sounds in the music even further towards the bizarre; the audiophile in me completely digs the textures and layers, production and mix on this cut, the other-half of me knows that this tune above all on this record is likely too far out there for most.  If you like things that are DIFFERENT, unique, strange…songs that audibly challenge the ears to find some reconciliation with what they’re hearing, then “Sway” is definitely for you like it was for me.  I thought it was one of the best on Remixes By Blackmyth – it’s without question one of the biggest departures in sound on the entire album, but it’s that completely unpredictable nature of this song that makes it the highly rewarding listening experience it becomes.

The Blackmyth Remix of “Home” by Three Days Grace fits a tiny fraction better than the remix of “The Way” by Linkin Park did…just enough that I suppose I can justify it being here a bit more than the other tune from before.  It’s right on the edge though…it’s without a doubt one of my favorites on the record, it might even be my number-one choice…but I’m still not sure it belonged here with the rest of the tunes.  At times, due to the inclusion of more rock-inclined electro-remixes, it can definitely feel like Blackmyth is forcing two ideas into one…the flow of the record itself gets called into question when tunes like “Home” show up to throw an elbow into the mix to make room for how big they get.  Nothing I’d take away from this song at all aside from questioning whether or not this particular album was the right one for it – other than that, this is all aces as far as I’m concerned.  I think the sound in the mix of “Home” is freakin’ GOLDEN – Blackmyth has definitely improved on this original as far as I’m concerned; I don’t have any hate towards Three Days Grace, it’s much worse than that, I’m entirely indifferent to them.  I could take them or leave them at any time and not feel passionate about turning them up or turning them off.  The two best things I can say about this song’s original creators are that:

Because I’m telling ya…what’s been done on “Home” will audibly PUNCH YOUR FACE…and like the masochists of sound that you are, you’ll love it.  Seriously – this song slays…the sounds being used are beyond extraordinary and assembled flawlessly into an adrenaline-filled experience that grips & rips.

Tina Karol is another artist that I’ve learned about by listening to Remixes By Blackmyth – and apparently, I’m exactly five years older than she is – we share the same birthday.  How’s THAT for your fun fact of the day?  Turns out, she’s also a singer from the Ukraine…one that is certainly current and taking over the airwaves and television stations there right in the here & now – so that pretty much guarantees a lot of ears out there to be willing to check out “Pupsik” the final Blackmyth Remix on this album.  From what I can see, she shot to fame through Eurovision songwriting contests and a spot on the Ukraine version of the hit-show The Voice…I might just be learning about her myself, but there are already millions of people that are certainly familiar with her music and will want to check this out.  It’s a solid finale to a record full of unique experiences…a bit more dramatic and theatrical in nature than my own taste personally, but I think Blackmyth has done another great job of bringing out those enhanced production techniques to create a remix with real texture to it.  There are some really interesting things happening in the layers of this one that’ll make it sound like there’s stuff happening in the room right beside you or down the hall at the same time as the explosive ride of melody dominates what you hear upfront.  Rad pacing, rad structure and rad sounds – I like that Blackmyth ended the album with a similar energy as it began…it gave it all a real conclusive ending and really made this record feel complete.

Find out more about Blackmyth at the Skull Dungeon Record Label page at Facebook here:  https://www.facebook.com/Skull-Dungeon-504331259735694/