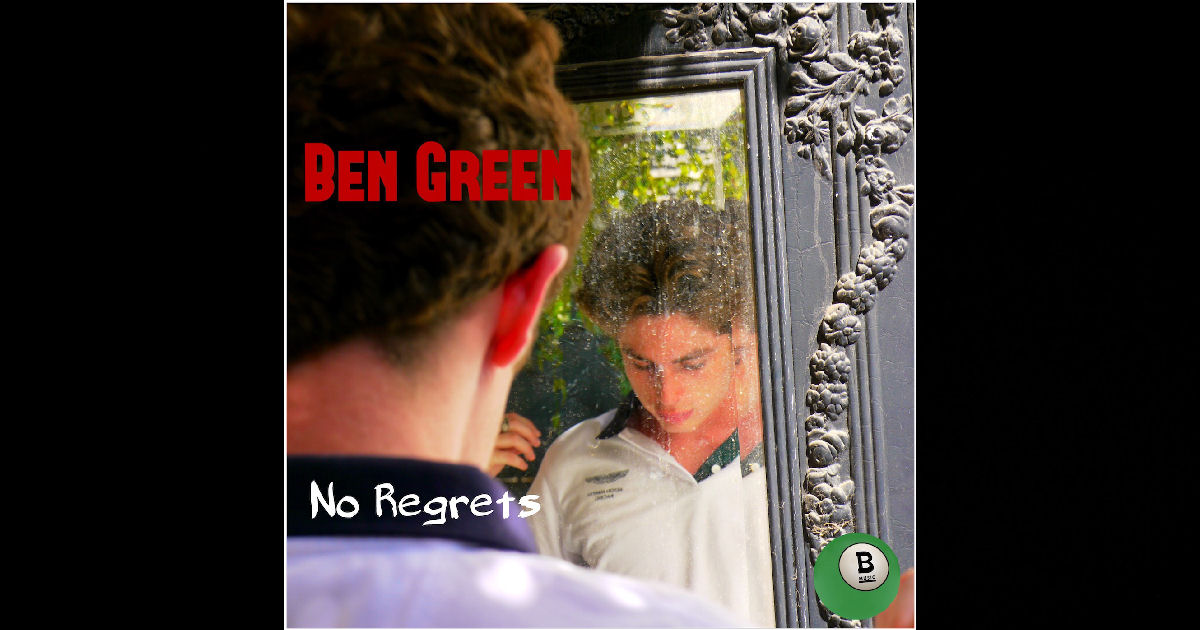 We’ve been checking out singles from this cat both on the page and in behind the scenes while he’s been refining his style and busting out into the music-scene simultaneously this year.  We talked about his last single “High Notes” just back in July and the beats keep on coming as the young mogul continues his breakout year with a series of releases & vibrantly fresh cuts.

“No Regrets” furthers the adventure and displays Ben’s innate ability to rhyme stylistically and deliver a versatile performance that ranges from dedicated Rap bars to his own singing in the hooks, proving once again he can hold it down confidently in both of these aspects of his music.  While it’s personally reflective and Ben pumps out his internal thoughts into the mic for all to hear, there are also multiple points along the way where the lyricism expands into moments you’ll likely relate to yourself.  The details on becoming famous may/may-not be universal to us all – but the desire to go after what you want in life certainly is…and at its core, that’s really what “No Regrets” is all about – just so happens that Ben’s leading the way here by example through his own story.  Our own tales quite often make for the best subject matter – we’ve all heard the ‘write what you know’ advice, which is good advice – chances are, most of our music & art that we’re most connected to always has an aspect of that personal relevance or nostalgia attached to it.  That being said – pivotal moments where that internal thought-process crosses over to expand into something more accessible to all, like when Ben sings the lines “You can have it all/You can have everything” – he’s reminding YOU just as much as he’s reminding himself to go after those dreams…because they are valid and they are within reach.

Especially with the young mogul’s skillset, determination, & mindset…Ben’s clearly making moves this year that are going to add up big-time when it comes to the moves he’ll make in the future to follow.  Racking up tens of thousands of hits so far on his previously released singles sure ain’t gonna hurt his confidence, you know what I mean?  He’s already exceeding expectations online…and you can already hear on the mic & through his lyricism that confidence isn’t likely an area he really needs to improve on – he’s a capable performer and he’s come out strong with his first releases being just as tight in the final production, mixing big beats & wild sounds into memorable singles.  It could lead to some additional pressure on his shoulders…every hit & play-count ends up raising expectations on subsequent releases – and it’ll be up to him to rise to that challenge and continue to push even harder over the years to come.  Are you gonna “be a boss or be a basic” Ben?  Only he can answer that question and if the sentiment, message, and inspired sound of “No Regrets” is any indication, we already know what the answer is too; point being, there’s already a high-standard being set for what’s clearly still a young dude with a long road ahead of him…hopefully its incentive to keep pushing himself creatively, but we’ll find out soon enough…I’ve been around long enough now to see this story go both ways when things start this big.

“Yeah the times get hard/Yeah the grind is long/But if you persevere/You can have it all” – remember that…because everything he’s saying there is 100% truth y’all.  It’s lines like this that show he’s got the right image of what the road ahead is gonna be like and the right mindset to succeed.  Beat is tight, hooks are ridiculously strong and memorable, and once again the young artist puts a diverse skillset right into the spotlight, confident as ever and nailing line after line with professional precision & tone.  Another solid single from a talented dude that has a relevant sound for the right here & now with “No Regrets.”

Find out more about Ben Green from the official pages below!