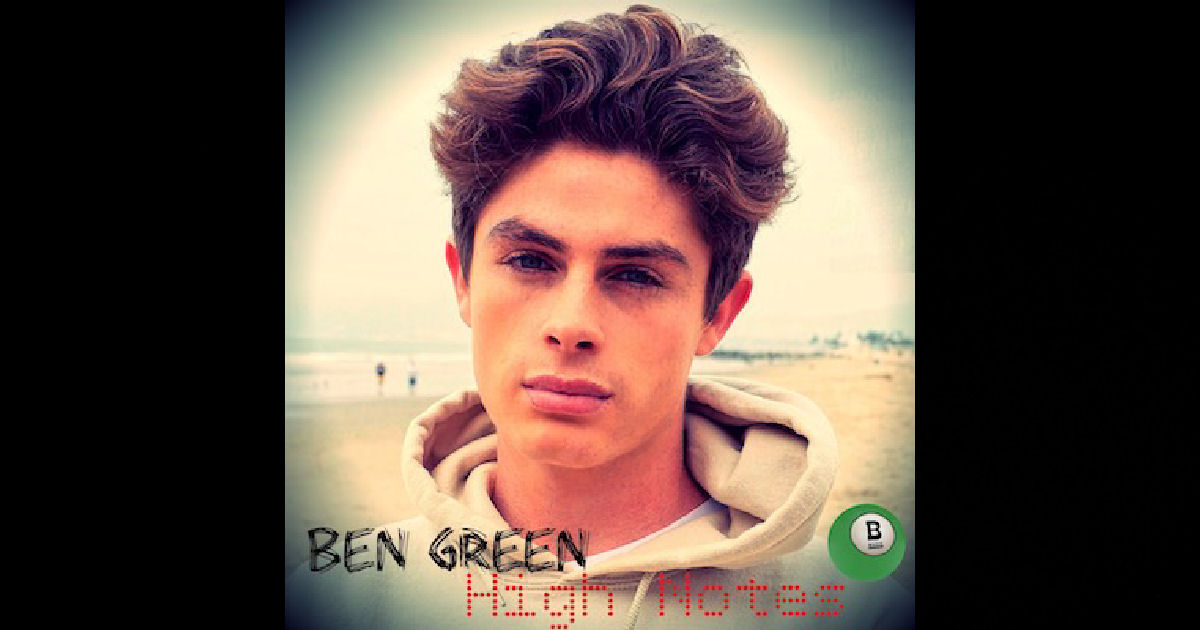 Awesome to hear this versatile entertainer finding his way out there.

Wasn’t really all that long ago that I was listening to Ben Green tracks in demo form; I heard the early version of “High Notes” and could definitely hear the potential he had not just in the song, but certainly in the artist as well.  Rounding out the edges and refining this cut, now fully produced by the expert hands at vvsbeats – Ben’s taken “High Notes” to the next level that it truly deserved to reach.  It was a good song to begin with…now with the improved audio dynamics and real punch in the mix, this single-worthy fusion of R&B, Club, and Hip-Hop, has the Green machine sounding revved up & ready to roll.

Stylistically designed to flow with a radio-friendly vibe that fits into the format perfectly with that good-good three-minute to three-minute-thirty length that’s tried, tested, & true – “High Notes” is the kind of multifaceted sound that could land Ben Green on a ton of stations, playlists, and charts out there.  In terms of what’s relevant and what’s ‘right now’ out there in the Club scene, there’s no doubt whatsoever that he’s working with an electric vibe and smooth combination of styles that will appeal to many ears.  Using that crossover potential to his advantage, Green makes a strong case for himself whether he’s singing the memorable hooks of “High Notes” or bringing a flashy rap style to the bars – he’s still young & just breaking out into the scene more or less, but it’s focused end results like you hear in the performance and mix on this single that definitely imply the man is making all the right moves & well on his way to the top already.  People respond to catchy cuts like this – especially when they come out with this much sonic depth in the music and focus on the mic.  Green keeps the words flowing with precision & rhythm, getting the maximum out of the writing’s flexible potential as he bends the lyrics around the beat, just enough of a hint of effects to enhance his natural talent rather than dominate it.  Smart move…a lot of entertainers & artists out there can end up with a signature sound and completely lose ‘their’ own voice at the same time by overblowing it with the effects – I think Ben’s got the perfect amount added in to bring out the brightness in the vocal-melody just that much more.  He’s a really well-balanced talent when it comes right down to it…I’ve never been able to decide whether or not I like him singing or rapping more – and ultimately, that’s kind of a nice problem to have, ain’t it?  You really can’t lose when it comes to Green, because he seems to nail each individual part so impressively…and then when you add it all up, bring in some giant low-end & a subtle beat, you got everything you need.

I mean, I don’t expect the heavy-metal crowd to go along with this, but then, neither would he!  He’s a crossover for sure, but within reason people – if you’re a fan of R&B, Dance-music, Electro-beats, Chillout, Pop, Hip-Hop, Club…you get the idea – he’s still got more than half the planet’s worth of people to appeal to, and I’d imagine he will.  “High Notes” definitely highlights the strong songwriting talents of Ben Green – you can hear the hooks in the parts he’s written come out as the most memorable factor of this cut bar none…the beat is tight and definitely complements what he’s doing, but the star of the show always remains in the spotlight here, no doubt.  As should be the case really…this style of music he’s making is all about that flash and being unafraid to be the center of attention – if Green didn’t have what it took, then of course “High Notes” would have fallen flat.  The facts of the case are audibly clear though – this is an artist that definitely has what it takes, clearly has the focus, passion, and drive required to take it all further…he might ultimately just be getting started, but it already sounds like he’s been doing this for years and that the center of the spotlight is exactly the place where he belongs.

Find out more about Ben Green at his official website at:  https://bgreenmusic.com