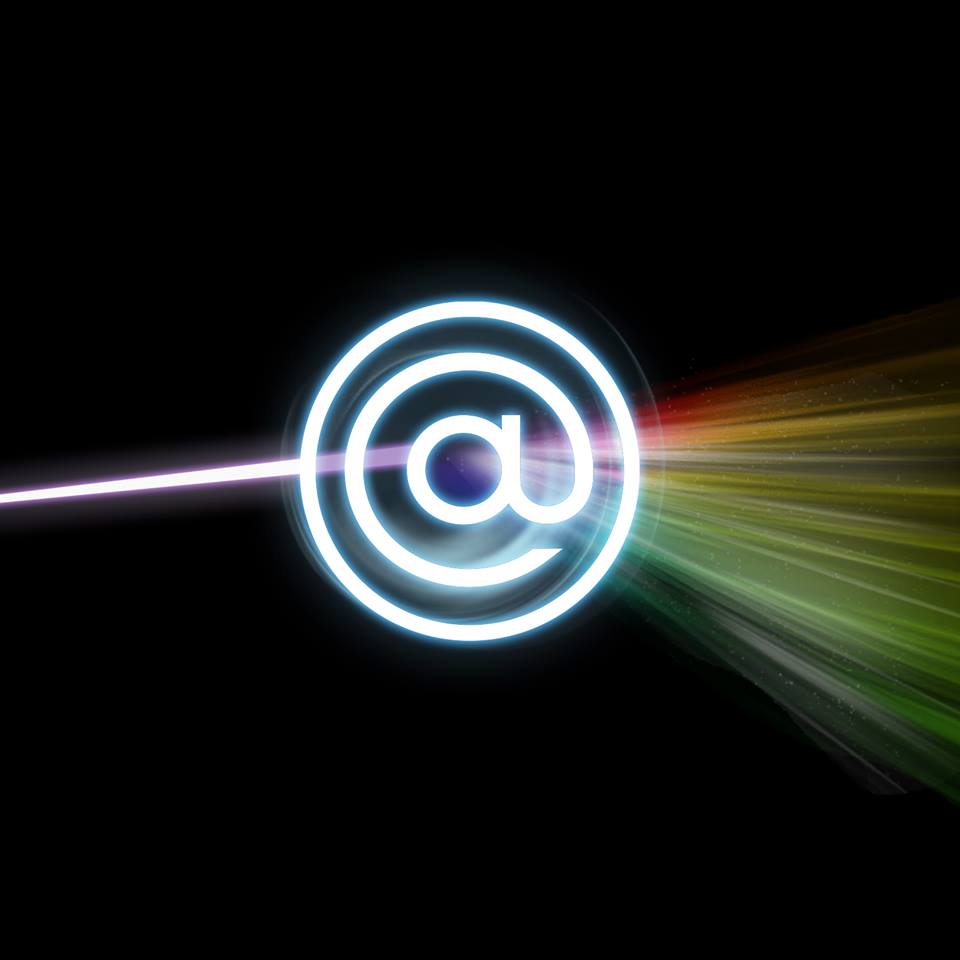 Some of you people out there outta be recognizing this name by now! We’ve spent a lot of time with Solomon Vaughn, aka Boonie Mayfield, a hip-hopster with a mad desire to take hold of his destiny and bring the beats to the people. In this month alone we’ve dissected this man’s music from every angle in reviewing Boonie Mayfield Presents: Solomon Vaughn and Vaughn Solo 1st Edition…and we’ve STILL got more planned for this thought-provoking mind-behind-the-music as we review Boonie’s most collaborative effort from his catalogue with a whole unified crew of talent in Audiopium.

Like kryptonite to Superman…it would take a serious amount of anti-talent in the Audiopium crew to bring down the level of excellence we’ve found in anything related to Solomon Vaughn – and that’s not about to happen. Exactly the opposite in many ways, Audiopium is like the spinach-can to Popeye, beefing up Vaughn’s own performance as the infamous Boonie Mayfield presenting a whole crew of supreme talent standing side-by-side, aligned perfectly in their energy and overall conception of this wicked music.

Audiopium announces itself with a thundering boom after a socially-aware commentary on music begins this album on “Collectivesize (It’s Audiopium).” With a large nod towards bringing back songs and sounds with fresh ideas that reflect the true pull of music from within…like much of the work from Solomon at this time in his career, this cut deals with breaking free from the grind and into what matters in life – the music.

What’s the grind you ask? Listen to “@Work” and you’ll get a much clearer picture of the REAL struggle that independent musicians go through in order to bring you their art. There are so many different levels they gotta go through it’s ridiculous…not only do they have to go the grind of regular j-o-b’s like everyone else does, chances are any given musician then also has to pay their dues for years toiling in the underground music-scenes and hocking their wares.

The best thing I can say about songs like “@Work” is that songs like this aren’t written for long with talent like the Audiopium crew houses. The idea that talent, precision and attention to detail like this could potentially go undiscovered…nahhhh son – to this notion, I say this cannot stand. Listen to “Stay Fresh (PG-13)!” I mean…you’re hearing this too right? Genius beat here and flawless delivery from the Audiopium crew with some unbelievable lyrics delivered in a massively confident strut & groove that matches the mood & atmosphere of this storming beat perfectly. If you’re a wordsmith like myself, the opening verse from Vaughn will make you fall over laughing…the rhymes surrounding fictional character Duncan Pincushion & his name are both the funniest thing I’ve heard in a long time and the most brilliant, all at the same time.

Shout-out to Dikembe Mutombo! Did that just happen? I think it did! On “The Colo” you get cultural references and slick name-drops coming at you quickly in this low-end intense, bass-beat driven tune. I dig the delivery on the vocals more than I do the track itself…this one swells with confidence as it plays throughout. Things are about to smooth right the funk-out on a wicked highlight early on in the album with “Plan B Like Mike (Duncan On Em).” Hitting the basketball court and smoothly blending another reference to Duncan Pincushion with the meanings in the lyrics literally making an audible transition to a B-ball theme. That’s smart stuff right there…and the combination of such cleverness with the incredible bass-line driving “Plan B Like Mike (Duncan On Em)” is an unstoppable force.

The sample from Uncle Ruckus coming from the all-too-unnoticed cartoon of The Boondocks is the perfect introduction into “Olniguz Nooniguz.” I’m pretty sure that there hasn’t been a cartoon character in the last decade that has made me laugh out loud as hard as Ruckus has…and taking cue from his black-on-black-crime-approved attitude, Audiopium rips through this cut at blazing speed with an edge to the attitude and even more inside references to The Boondocks within the lyrics. The whole track comes out completely and thoroughly rad, particularly the final two minutes of this cut being delivered with an extra swagger…almost like the spirit of Stinkmeaner got into the mix for a moment there…

Another side note…I wanted to make sure I gave Uncle Ruckus the respect of getting his name right…and I have no idea if there’s any truth to this…but it would seem that there was an attempt to bring that character to life in a full movie? Don’t get me wrong…I’m all for black & white humour & I’m not afraid to let racial jokes & stereotypes become funny to me…but MAN would I ever have to have a set of balls about ten-thousand times bigger than I currently possess to post that trailer up on the page right here, right now…in this moment in time. I’m sure you’re capable of finding it online yourselves…and you’ll see what I mean; for me, Uncle Ruckus is about having a laugh but right now that trailer is all-too-serious in all the wrong ways!

“Igroowunoowunon (Get Off The D)” is the light-hearted vibe I needed to get me back into this. Taking a moment to talk direct like those old-school records always used to do, it’s like you can picture Boonie taking a couple steps down the stairs to have a seat and lay down some sweet phonetics for y’all. It’s chilled-out…this one really drifts along in a hazy, smoked-out style that works well…love the ending & how it comes straight out of nowhere. What I CAN tell ya…is that from that particular nowhere, it instantly goes somewhere completely awesome on the following two cuts, “School Daze” and “Cigarettes And Cologne.”

“School Daze” opens up with a slick Eminem-style rap verse before Vaughn takes over the mic and brings a little Yeezus-magic to this track…the combination of the two emcees has worked incredibly well throughout the album, but perhaps none so well as their trade-off here. They combine their talents perfectly and lay out about a million words in between them both in extremely smooth & inventive ways. As much as I like it…here’s the moment I might have been waiting for…the full-appearance of one of my favourite new singers on the scene right now, Giane May on “Cigarettes & Cologne.” Taking full advantage of the sultry, sexy voice she sings with…this track almost takes a complete departure musically…theatrical in ways…jazzy, bluesy in others. Giane doesn’t disappoint…I never thought for a moment that she would and knew full-on she’d turn up for a moment or two at the mic in Audiopium. Up until “Cigarettes & Cologne” she’s remained in the background on this album…she makes sure it’s completely worth the wait as she lets the emcees take a moment to chill out and relax while she fully takes over. Perfect tone, confidence and real style that can’t be ignored…this lady is a complete winner and if Vaughn’s got any sense in him (which I know he does) he’ll hang on to her real tight.

“Bedda Go Tell Somebody” incorporates solid vocal-rhythms with lyrical hooks that audibly become like instruments to this track. The way Audiopium has a grip on metering within rhymes is a real testament to rap…they bend these words and syllables to the exact shape & position they need to be in. Samia steals the show for a moment with a sweet rap verse with a short Snoop Dogg reference; the ability they have to bring in pop-culture into their rhymes is always so subtle that so many people out there might miss them, but in my opinion this really adds the depth necessary to warrant repeat listens. Each spin through Boonie Mayfield Presents: It’s Audiopium! will more than likely bring new experiences to your ears each and every time whether through the music or the incredible layers within the lyrics.

Maybe a touch too long to get to the verses of “So High Can’t Sit Down,” which might not have had the strongest hook; it’s also pushed on us harder in this song than any other on the album…which I think might tell Solomon something. We’re all looking for all-killer, no-filler right? This one particular cut I think relies a little too hard on a hook that doesn’t quite have the impact as the others on the album have…which in a way is both strange and I’d imagine somewhat frustrating perhaps for the Audiopium crew because the beat itself really works fantastically.

…but the award for ‘most-honest rap track ever recorded’ might just go to “True! D.A.B.’s Too,” featuring the stylistic talents of Samia – citing the fact that ‘dudes are bitches too,’ the supporting evidence would beat Johnny Cochran in court no matter what he could find to bring to the case. I absolutely LOVE this track…so what is it’s somewhat of a ‘girl-power’ anthem of sorts…I can’t deny what the truth sounds like to me when I hear it! The verse that starts at the three-minute mark and the following rap-verse are at the highest caliber for delivery and lyrics…I can’t help but crack-up completely listening to how perfectly this one has come out. Let me just put it this way…I’m a dude, or so this beard has me believing anyway…and I FEEL this song…like to the point where my ass is sore from the beating!

Ending with another strong glimpse into the mind and overall courage of Vaughn and his Audiopium crew, “The End/Outtakes” could only be put out by a real artist ready to put himself out there, for better or for worse, ready to take in the entire journey as a whole. Cause look…we ALL have moments like this in the studio…what better way to look at it than to celebrate those moments like the beautiful way Audiopium has done here on “The End/Outtakes.” It brings the album to a full close with a large grin.

The grin on my face is coming from the fact that I’ve just gone through about 40-50 tracks from the Boonie Mayfield catalogue over this month and the guy cracks the fuckin’ bat every single time. A genuine discovery in music and a serious force to be reckoned with whether solo or whether with his Audiopium crew & the incredible talents of Jordan Craft, iStayJammin, Blaque Plaque the Plague, Giane May and Samia surrounding him – Vaughn is undeniably onto something here and I’d expect it won’t be long for the rest of the world to catch onto his style, skill and commitment to creativity and depth in music.

Check him out on Facebook to find out the latest on Audiopium, Boonie Mayfield, Solomon Vaughn and any other name he might come up with at: https://www.facebook.com/BoonieMay