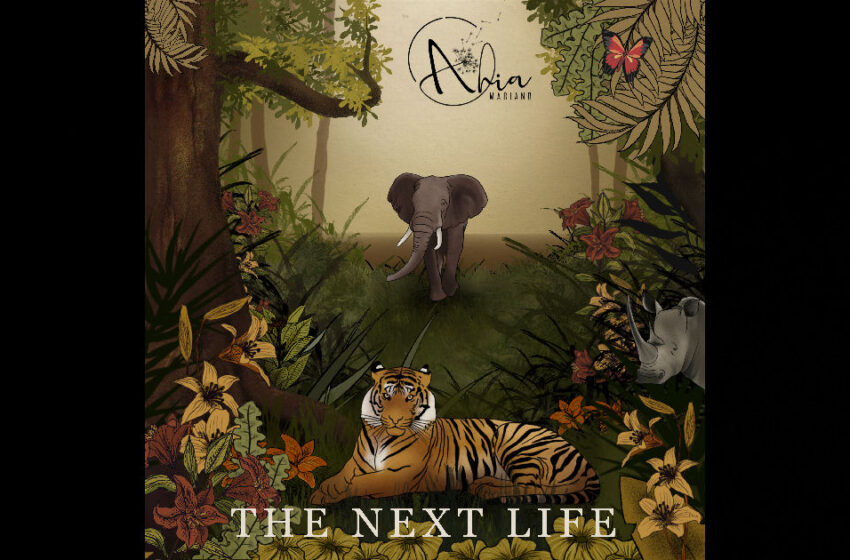 According to the map on the ol’ social media pages, it appears we’ve got ARIA coming to our Canadian-based site all the way from San Remo in Italy, bringing a worldly wisdom & perspective to you all today – let’s check this out! 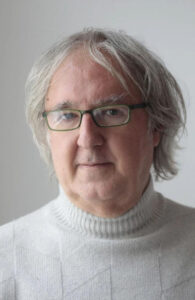 Dude seems like an interesting composer with a whole lot of heart invested in what he creates, and a genuinely professional touch when it comes to his production & the craft in his compositions.  There are a few similarities to be found in between these two singles I’ve got here in review…and even despite the differences that you’ll find between’em as well, I’d imagine it’s a fairly safe bet to say that if you like one of’em, you’ll quite likely enjoy both of’em.  You’ve got “Lady In White,” which is more of a dedicated love-song that blends Pop with Adult Contemporary, and there’s also “The Next Life,” which was more specifically designed to bring awareness to the environmental issues that we’re facing today.  Released as a split-single for Earth Day back in April…as I understand it, these songs were endorsed by the official earthday.org site as well…if all that sounds like it’s your jam and important to ya, then right on – bonus!

All-in-all, while the demeanor in both tunes is very mild & mellow, the production speaks volumes on behalf of what ARIA is capable of as a composer, in addition to his ability to find the right voices & talent to help assist in bringing his music to full fruition.  To be honest with ya, I didn’t really have a favorite between the two tracks I’ve got here – I thought they both worked out extremely well, and I felt like they each give you a new dimension of something to enjoy in the music ARIA’s making.  Chances are, it’s going to be “The Next Life” that has a bit more of a modern-day appeal to it when it comes to the overall accessibility in these two singles, but truthfully, a song like “Lady In White” isn’t really all that far behind when it comes to that either.  In general, I can see & hear the high degree of universal appeal in both tunes, and certainly the skill involved in creating both as well…even though they’d both technically be a bit outside of what I’d probably normally be listening to myself, I found I had no problem finding the gateway into each through the display of stunning professionalism in the production and performance.

Of the two, I think it was “Lady In White” that probably surprised me personally a bit more – this would typically not be my thing…but there really is something remarkably special and beautiful about the way this song flows from start to finish, and such a superb collaboration occurring here that it was impossible to not acknowledge how well it all turned out.  From what I can tell, it was originally written back in 2017 with lyricist Germaine Shames – and together, combined with the steady composition from ARIA, the end results have come out genuinely moving, uplifting, graceful, and sweet.  I mean…it’s a love song – I’m not gonna be the guy to pretend you haven’t heard those before – but at the end of the day, you have to admire those out there like ARIA that are able to communicate the sincerity of the situation more than others can…that’s the ingredient that makes moments like this as real as they are to us as listeners.  While it still remains true that there is a very…hmm…songwriter-y feeling that comes along with a single like this (you know, think like, Josh Groban, or any of the songs you find sung on the broadcasts of big network talent shows…that kind of stuff) – the reality is very much that music like this exists and continues to thrive year after year as a result of the allure, charm, and sweetness it possesses.  We respond to that as listeners…not only with the ears we’re hearing it with, but equally through our hearts as well & it’s always hard to argue against songs like “Lady In White” that are built on such pure intentions.  I know I’m not inclined to try – I like what I hear – and I wasn’t necessarily expecting that I would.  Other than that very last rise in the pattern of the melody, which to me was that one step a bit too far into the realm of what Adult Contemporary tends to offer, I really liked the rest of what I heard from the storyline found in the words, to the sparkling professionalism in every moment of the music. 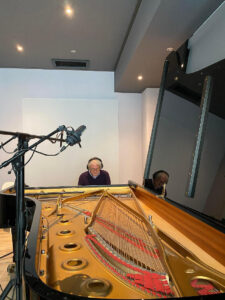 “The Next Life” features lyrics by B. Warner, and from what I’ve read, a variety of vocalists & musicians in collaboration from many corners of the map.  All-in-all, it works out extremely well – and I’d imagine, most importantly, it succeeds in the mission of being relevant to the purpose at hand…given that “The Next Life” was designed to promote awareness about “animals threatened with extinction and the vulnerable natural world we call our home” – I felt like it managed to incorporate the theme perfectly without being so direct that you feel like you’re being beat over the head by activism too much either.  It’s fair to say that “The Next Life” does make significant time through the Rap verses to directly address the issues, but even at those moments, whether you’re the type to be involved in animal activism or environmental concerns or not, I felt like the appeal remained as entertaining as it was educational.  The singing & the main hooks is absolutely spectacular and delivered with the right emotion that connects the words straight to our hearts & souls.  As you’ll read about on ARIA’s pages, a lot of what he chooses to create is designed to bring a voice to the voiceless…in this particular case of course, it’s to highlight the endangered animals around our world through pollution, global warming, poaching, and our general ignorance revolving around how crucial it is to act now while we still have the opportunity to do the best we can to save the world’s most beautiful & innocent creatures.  I really found the piano melody at the core of “The Next Life” to have remarkable appeal – but truly, there wasn’t a piece or part of this song that I didn’t feel served its purpose in-full.  From the glow of the keys, to the horns in the mix, to the essential bass-lines that run through this song, and the aforementioned incredible singing found both up front and in the background as well – “The Next Life” is one of those moments you can feel was fully realized from concept to execution.  Credit where credit is due – ARIA’s got a gift when it comes to the art of composition, and that’s definitely played a significant role is setting the stage for such a splendid performance put in by everyone contributing – as far as my ears are concerned, the musicians & artists involved in the making of this song deserve a massive high-five for their efforts.  “The Next Life” is the kind of song that reminds us how music can serve a purpose beyond a great listening experience – and I’m certainly thankful there are artists out there in our world like ARIA that choose to use their platform for the greater good.  Make sure to tune into the next episode of the SBS Podcast coming out this weekend – I’ll be spinning this very song from ARIA and sharing more of my thoughts on what I hear with you all.  Until that moment arrives, make sure to find out about ARIA from the official pages below! 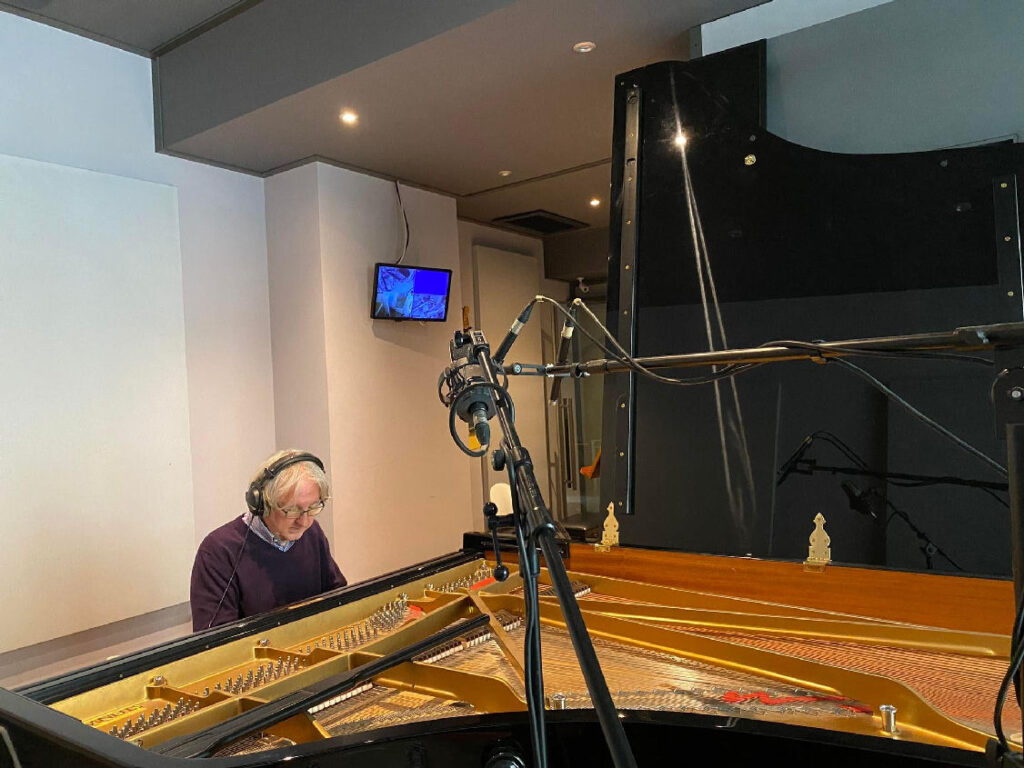 Tags: Aria Lady In White Singles sleepingbagstudios The Next Life