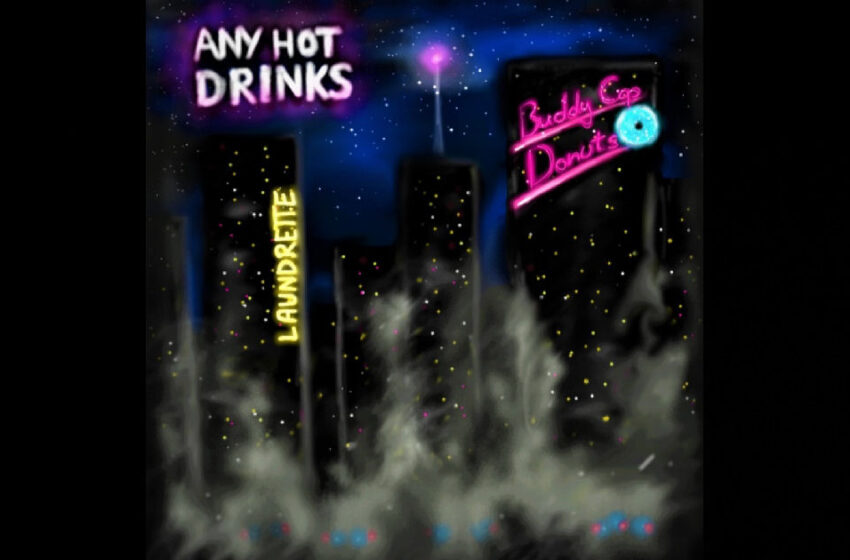 “Truncheon Meat,” you say!  Hellz yeah.  Now that right there is one seriously killer title.

Alright…so…titles aside…here’s what I can tell ya.  When it comes to what a song is/isn’t about, there’s never going to be someone out there that knows more about what that really is than the people that originally created it.  As in…clearly, a title like “Truncheon Meat” ain’t gonna tip you off to the fact that this song is “about romantic feelings towards a policeman, the song celebrates Gay Pride and the excitement of forbidden love.”  Would the rest of what you hear?  Honestly, probably not.  I’m not saying you couldn’t listen to it, or watch the video, and in knowing that information in the quote up top, potentially make the link – but chances are, just like practically every concept record ever made, without the explanation that comes along with it, we’d just be listening without any real clue as to what was what.  The good news of course, is that knowing what a song is actually about matters to about .01% of people that listen to music – trust me…I’m altogether way too familiar with the reality of the math on that.  The bad news on the other side of that scenario, is that the creative community puts their heart & soul into writing stuff for ya, only to find it generally takes years and years for ONE person to actually ‘get’ it – most of what the artists & bands in the music scene all create flies right over everyone’s heads.

And that can be discouraging, obviously – but don’t let it be…like I said, I’ve calculated the math on all this, and once you realize reaching ANYONE out there with the true meaning of a song has the odds stacked up against you in such an extraordinarily insurmountable way, you gotta take it all with a very, very large grain of salt.  Like…truck-sized.  Mountain-sized.  You get the point – it really just is what it is.  Most people just know what they like to listen to for the sound of it and could go for years before even realizing what the song or album they like so much is really all about…don’t take offense, it’s just the way they are.  So as the creators behind the music, we get a choice from there – we could get bent outta shape about it all, or just accept what we already know – people really listen to music on a surface level.

Somewhere between the worlds of sound created by artists like Zappa, and bands like Sonic Youth, King Missile & Primus, you’ll find a band like Any Hot Drinks snackin’ on their “Truncheon Meat” and keepin’ ya entertained.  If you happen to get the extra meaning out of the lyricism and how that relates to the whole Pride Month dealio – I say right on there friend-o – you’re among the savviest of us all, and likely to get 10% more out of this experience than the rest of the folks listening will.  Chances are, most out there might get more of their clues visually from the video for “Truncheon Meat” as opposed to any specific lyrical line of the song…again, that’s OK – that’s no mark against Any Hot Drinks, it’s just the objective reality of the way people listen to music.  Plus, I mean, it’s be real here – they know as well as anyone else possibly could, that “Truncheon Meat” is written from an interpretive standpoint whereby it’ll mean a whole bunch of different things to a whole bunch of different people.  Believe it or not, that’s actually a really good thing…the more ambiguity there is in any topic, theme, or subject anyone’s writing about, the more that gives the people out there their own chance to internalize it and find their own relatable attachments to any given tune; essentially, it opens the doors rather than narrows the potential audience.  Anyhow.  Sound-wise, I think they’ve got something pretty rad goin’ on here – I’m no different than most of y’all – I just know when I hear something I like.  Any Hot Drinks has a fairly raw & underground sound at this point in their career…it’s professional, but there’s still some rough around the corners edginess to it as well that I felt gives them a firm foot in both worlds and crossover appeal.  Basically they’re not so polished that they’d only be accepted by the mainstream, and they’re not so dirty that they’d only be accepted by us hard-workin’ indie-music lovin’ folks – they can straddle both sides of the fence and make their case to both with a track like “Truncheon Meat.”  You can hear the skill – they’re an all-out sonic force to be reckoned with at their most intense for sure…and they’ve got a seriously impressive rhythm section that’s got a whole lot of dynamic punch to it, which allows for the guitar to go on all kinds of adventurous tangents, which I dig as well.  “Truncheon Meat” probably ain’t gonna be for yo momma…but hey, that SHOULD by definition, make it cool for YOU, should it not?  If you scored one of the cool moms that IS down this a track like “Truncheon Meat,” consider yourselves lucky – most of us don’t.  It’s an interesting tune…I’ll put it to you that way.  I didn’t ever feel like the hooks of this cut were the most defining part of why you’d wanna listen to it again, it was more about the vibe and the energy…ultimately, that’s rare, and certainly something they can build their legacy on.

Any Hot Drinks are currently working on their album 3223 to be released on…you guessed it – 03/02/23 – until then, you can find out more about’em by tuning into the next episode of the SBS Podcast coming out this week, or by visiting their main page at Facebook:  https://www.facebook.com/AnyHotDrinks