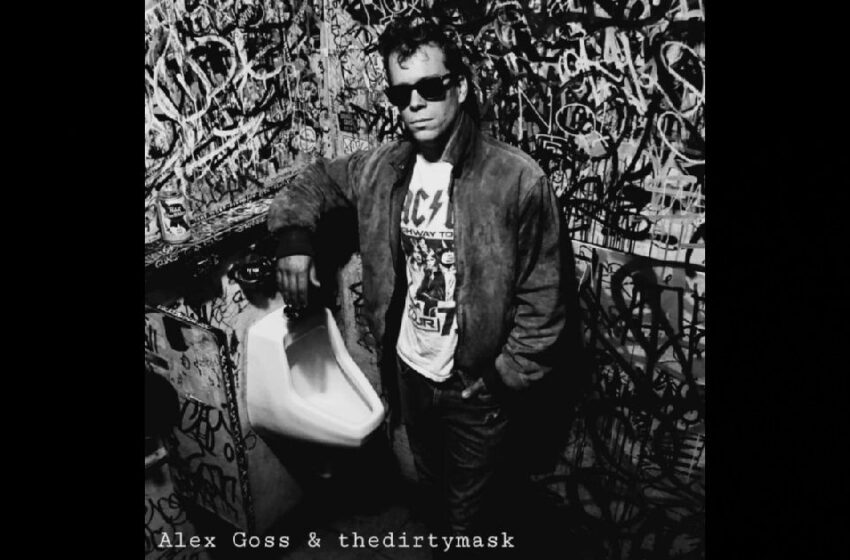 If you checked out the most recent episode of the SBS Podcast, you had the opportunity to check out this rad cut from Alex Goss & The Dirty Mask on our show along with more of my thoughts on the music – and as promised to ya, here we are followin’ up your audio experience with the visual one supporting it.  If you haven’t checked out the latest episode yet, have no fear – have a listen by clicking right here!

Musically, they fit right in with that old-school sound built for the right here & now…Alex Goss & The Dirty Mask will likely remind those of you out there connected to the independent scene & our pages here on the internet, of acts like The Kid Chocolate Band or artists like Jared Mancuso.  Albeit there’s more of a serious edge to the music of this particular band, which you’ll both hear in “Just Be Kind,” and see within the heavy theme that runs through the video as well.  In any event, no matter who you might draw a comparison to – the reality is, Alex Goss & The Dirty Mask set out specifically to create real American Rock, and I can’t imagine anyone out there hearing this song and not appreciate the fact that they’ve executed on that vision & goal on a unified front to the nth degree.  Like I mentioned on the SBS Podcast, if I wasn’t sittin’ in the booth there to host the show and tell ya that “Just Be Kind” was a NEW song, there would have been a great many of you out there that would have very well assumed that this cut came straight outta the 50s/60s & the golden era of Rock & Roll – and rightly so!  No higher compliment could ever be paid to Alex Goss & The Dirty Mask in my opinion – that’s the sound they were going for, and the mission has not only been accomplished, but proves to be 100% wildly addictive.  They’ve got that raw energy and slight psychedelic tinge like you’d hear in something like The 13th Floor Elevators, a brilliant grip on how to get a live sound into a recording, and a single that’s takes throwback vibes & proves they’re every bit as relevant & welcome as they’ve been throughout the history of Rock.  You factor in that short & sweet & stellar guitar solo and the killer vocals, and for just a little over the two & a half-minute mark (Note – that’s also cleverly true to the era of the influence on their sound), Alex Goss & The Dirty Mask keeps the melody gripping, the musicianship gritty, and the amps roarin’ hot with that sweet, sweet distortion.  They’ve got a ton of advantages to getting this tune out there, which judging by the hit count at Spotify alone confirms they’ve had no problems doing at all, with thousands upon thousands of listeners tuning in to check out this debut cut – but that all adds up to me – “Just Be Kind” is a really well-executed song that’s got just the right amount of looseness in the vibe to go along with what’s an authentically tight band that knows exactly how they wanna sound.  You end up with a supreme mix of confidence & cool as a result…one naturally leads to the other in a scenario such as this.

So…yeah…sure it’s early on in the timeline of their career clearly, but they’ve already got a ton of great things going for them, not the least of which is how they attack this melody & put the passion right into it.  You consider the fact they’ve got themselves a high-quality video that adds further depth to the lyricism by the scenes onscreen that tackle the tough issues surrounding domestic violence, going so far as to make sure the hotline number is included at the very end for anyone needing support – “Just Be Kind” quickly becomes a reminder that what we see on the surface in the lives of those we know is not always what’s going on underneath it.  Home can be a downright scary place for many people out there – too many people in fact – and the video for “Just Be Kind” shows the dynamics of the damage that often occur on both a psychological & physical basis.  There’s no doubt that it ends up creating the true awareness that’s likely required for many listeners to ‘get’ a track like this…everything seems so pleasant when you listen to it…but lurking below is a story here that hits hard, and quite likely very close to home for some of you out there.  While multiple messages and important details are conveyed both through the video & the song itself, the one that comes through beaming and shining the most, is what I’d say is inarguably the most important lesson to be learned in listening to this tune if don’t know it by heart already…and that’s to “Just Be Kind.”  The knowledge you need to hear, is right there in plain sight on this single – “Just Be Kind” – as in, stop with the bullshit and treat people the way they should be – heck…maybe even go the extra mile and make this world a better place, however you can.  Alex Goss & The Dirty Mask are doin’ it through the music they’re makin’ here, and while they’re busy entertainin’ ya, they’re also leading by example.