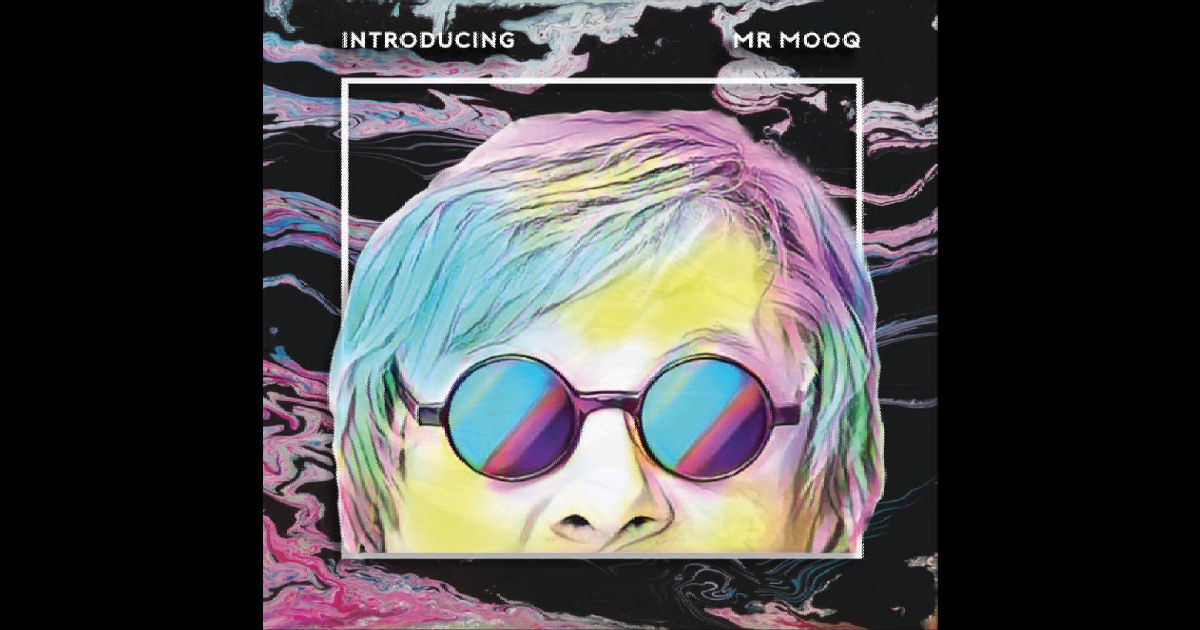 Here’s a cut that’ll put ya in a great mood.

I took a quick peek at Mr. MooQ’s page at Facebook at quickly realized that there was no way I could figure out what I was about to be in for when listening to his new single “Double Happiness” from his album Introducing Mr. MooQ – you can tell from the pictures & artwork posted up there that you’re likely in for something creative…but as to what it sounds like, it seemed like it could be anything from the looks of things online.

As to what you might end up calling it or categorizing it under…this flexible sound could find itself on a number of different lists & names out there in the music-scene.  The versatile sound of Mr. MooQ certainly has its undeniable Pop influence, that much will become clear quite quickly through the sparkling sound and catchy hooks…but the range of ideas that run through the whole structure of “Double Happiness” seem to draw on much more than the simple ingredients of a regular Pop song.  So…like…in the weirdest way, you kind of get the best of both worlds…you get the flashy hooks that are designed to grab your attention, but you really end up staying because there’s a lot adding up to the entertainment you hear.  What’s seriously impressive is that you don’t quite notice it under the dazzling performance and uplifting energy so present up front in the composition of this song…but the way it subtly shifts and changes along the way, while still sticking with its vibe, is quite commendable.  The flow is seamlessly tied together by the contagious enthusiasm that propels the energy of “Double Happiness” forward…almost like your ears notice the fun first before they dig in to what makes the song a success.

And is it just me…or do we all feel like Mr. MooQ would be the perfect candidate to cover Eddy Grant’s “Electric Avenue?”  I’m all for it!  If I’m being entirely honest…I’m not fully sure WHY Mr. MooQ reminds me so much of Grant…I’m assuming it’s some of the similar tones in the vocals, even though “Electric Avenue” is a long distance across music-town from “Double Happiness.”  I’d be willing to bet however, that there’s one or two of you out there that are picking up on that vibe as well…it could very well also be that the two songs share that same level of uplifting spark in their energy…”Double Happiness” is pure fun to listen to.  Sure I could get into the semantics of songwriting and get all kinds of deep & philosophical on ya in writing about it – but just like you want the lyrics to match the vibe of the music you make, I like the match the tone of what I write to the music I’m listening to as best I can.

Rightly so – from what I read online, Mr. MooQ decided to do the music thang about three years ago…”Double Happiness” is certainly a reflection of the amazing level of inspiration & creativity that comes along with finding a passion you can put your whole heart & soul into.  Everything SOUNDS like complete fun – because it undoubtedly totally IS for Mr. MooQ – and so should it be!  After all, it is called “Double Happiness” – so you know you’re likely in for a great time just by the title alone…but by that same token, you gotta imagine that half the happiness of this song would still be more than most experience in one lifetime!  That’s RIGHT folks – I’m tellin’ ya, Mr. MooQ is that upbeat about this tune!

Makes sense to my ears…there’s a great vibe to this cut that could only ever add to someone’s day or brighten it up even more if it’s already going well.  Dig the piano & beat combo…the song is remarkably full in sound, even in the most sparse moments musically, largely fueled by the performance of the vocals, which contains so much enthusiasm that you can’t take your ears off’em!  Add in the occasional synth sound, some soft claps or synth snare to keep the beat flowing & moving with relentless energy, and you’ve got all the right pieces in place like Mr. MooQ has here to make a quality tune that all can enjoy.  “Double Happiness” will bring a genuine smile to your face and warm, inviting, & friendly sound to your speakers.

Find out more about Mr. MooQ at the official website:  https://www.mrmooq.com/