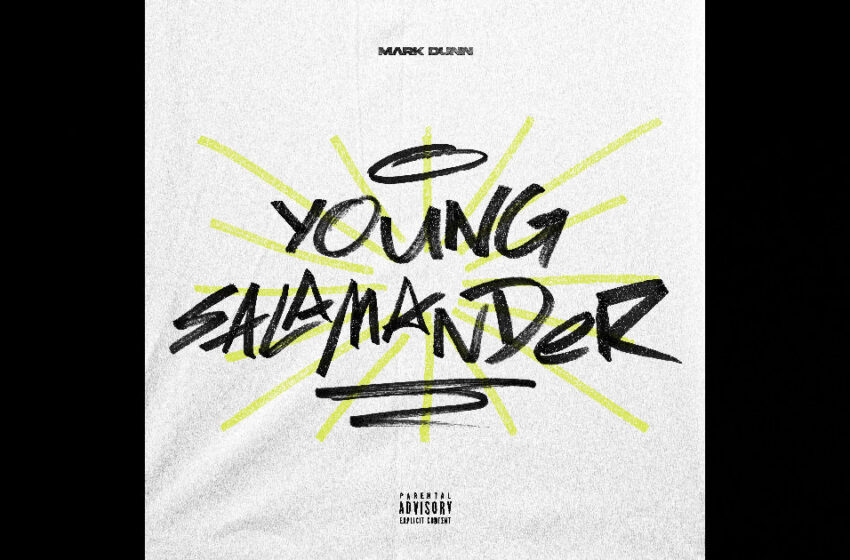 Mark Dunn…sir…bro…homie…you’re a weird dude…and I’m kinda lovin’ it yo!

Now…I’m not the guy that’s gonna tell you there are any sort of rules when it comes to makin’ music, or videos for that matter – but chances are, the first thing you’re gonna notice onscreen, is the sunny landscape of what appears to be rural America in the middle of summer…which certainly makes for an instantly odd pairing with a song called “Walk In The Snow,” wouldn’t you say?  At the very least, it ain’t what you’d expect to find…but thankfully, I am not one of those people that feels like everything we see in a video has to directly match the lyrics we hear – in fact, I’d argue that a combination that doesn’t go that route, like the video for “Walk In The Snow,” gets us all paying attention that much more closely.  Because what the heck, right?  There isn’t a sign of a single snowflake in the sky anywhere near Mark!

For real though, this dude’s got something damn good goin’ on, even if none of us could ever predict exactly WHAT Mark Dunn is gonna go on to do with his music.  To me, listening to “Walk In The Snow” for the first time was something in the middle of like…hearing Dynamite Hack cover “Boyz In The Hood” back in the day…crossed with the potential of a Comedian-Artist like Jon Lajoie…with the natural talent to create a hook that’s somewhere in the realm of Ben Folds…and the inherent backwoods twang of something like Camper Van Beethoven.  I figure if you can roll all those dudes together somehow, into one person, it’d not only look like Mark Dunn, but sound like him too.  You might have your own interpretation…and that’s cool…we all have comparisons we naturally draw to – but what I can tell you for sure, that I’m confident we’ll ALL agree on, is that “Walk In The Snow” is a ridiculous amount of FUN, and about a million times more catchy than you’ll realize on that initial spin.  If there’s ever been a universal sign of a great single, it’s found within a song that you’ll end up singing along with on a second time listening, or a cut that gets stuck in your head after one experience with it – and chances are, “Walk In The Snow” will be one or the other scenario for ya, if not quite likely BOTH.  I don’t think there’s anyone out there that could argue how genuinely catchy this cut is…and call ME crazy if you like, but I’m seeing a whole lot of unique star power in a guy like Mark.  I really don’t know WHAT he’s gonna do with it…yet…and I honestly don’t know if HE even gets it…yet…but I’m willing to put my chips all in the middle and bet on this dude to go the distance – he’s just so…so umm…so…oddly charming?

No joke though folks, if there’s something that doesn’t work here in this song or video, I’m missing it.  All I can see & hear is a guy that’s got a legitimate shot at the top spots of charts & playlists around the ol’ internet if he’s ready to lean into his authentic weirdness, embrace it, and continue to put it out there into the world with full confidence.  There’s no doubt about his talent – as strange as a track like “Walk In The Snow” might seem, it’s audibly LOADED with hooks from the start to finish – and when combined with the video, it’s easy to both see & hear how he already stands out from the rest in the scene, and for all the right reasons.  We WANT characters like this out there, doin’ their thang, exactly how they would do it without being tainted by the suits & ties in the industry that would just try to take what makes Mark unique & then turn him into everyone else.  A guy like this, left to his own devices, instincts, and ideas…could seriously go on to wow the fuck out of us all, and in my opinion, pretty much has already with this lead-single from his upcoming album called Young Salamander.  It might be early in his career – but Mark could go on to do some remarkably memorable things in music as he carries on if this is what he’s capable of.  I have no real idea where he’s goin’ with all this…but I already like where he’s heading.

You can find music by Mark Dunn at this multi-link here:  https://distrokid.com/hyperfollow/markpdunn/walk-in-the-snow