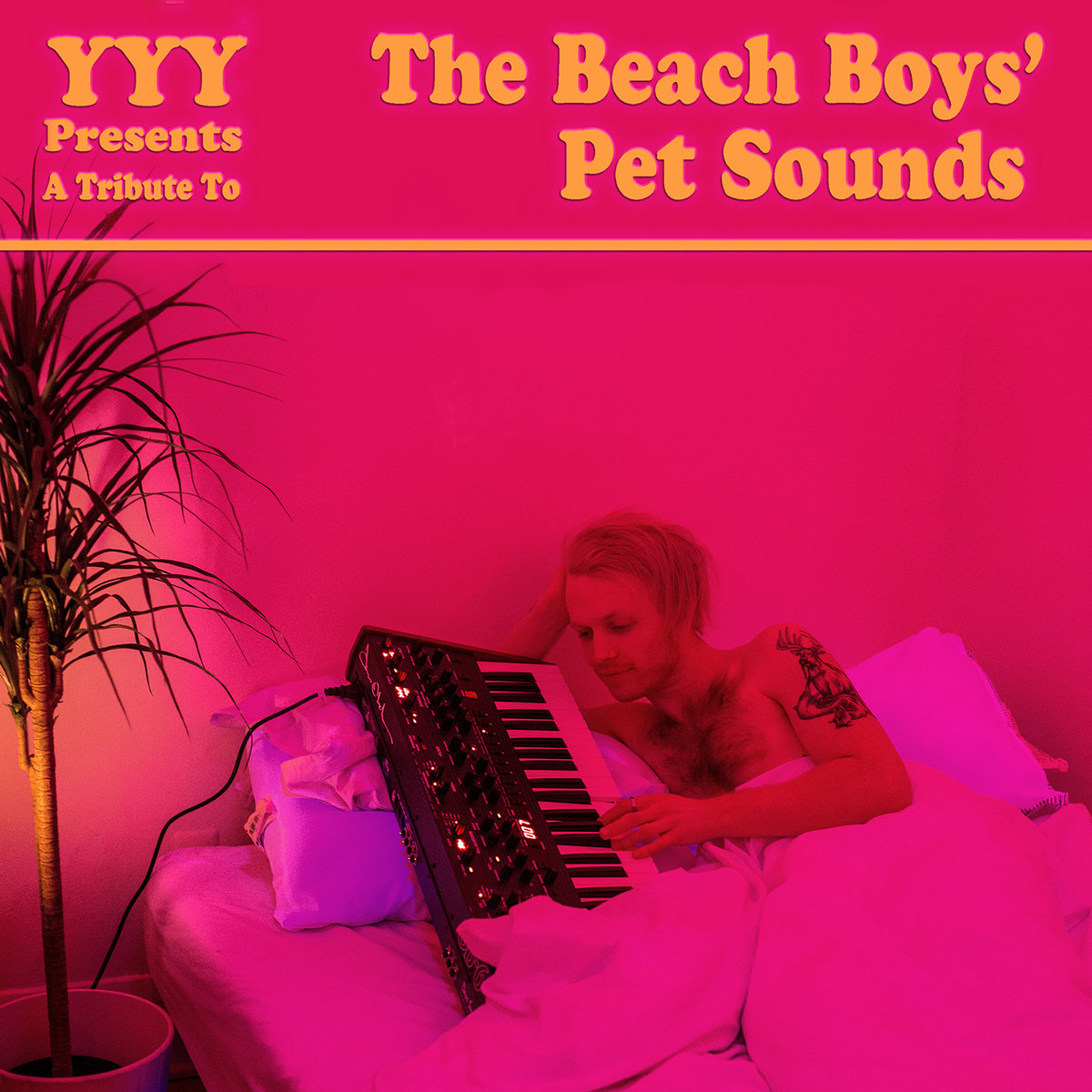 The undeniable syncronicity of life has led me here today.  It was actually only hours ago that I was checking out the latest record from Weezer called Pacific Daydream…which just so happens to have a song called “Beach Boys” on it…and I suppose that put me in the mood to check out this cover version of the actual Beach Boys through the twisted electro perspective of YYY on “Wouldn’t It Be Nice” featuring deM atlaS.  You can certainly bet on this cut having some sort of authenticity to it…YYY put together an entire album full of Beach Boys covers on A Tribute To The Beach Boys’ Pet Sounds…a record that is arguably one of the most important recordings ever made in music’s history.  Essentially, you don’t end up covering a full record in tribute like YYY has unless there’s truly a deep understanding of the material and a real love for the body of work & contribution the Beach Boys made to music.

And it’s in saying that, that I think you have to appreciate the way that YYY has put this cover together.

Is it a straight-ahead bar-for-bar cover?  Hell no!  Is the essence of what made it a timeless, memorable hit-song for the masses retained?  Hell yes!  And perhaps the most important question of all…the one that would be on everybody’s mind…what on earth would the actual Brian Wilson think of this?

I bet he’d freakin’ LOVE it.  Oddly enough, I’d be just as willing to bet that he’d love the first forty-five seconds just as much or more than the rest of the song to follow; the electro-opening is full of rich texture and swirling sounds that quickly inform you that you’ll be in for no regular cover-tune.  Combining the sound of waves rolling in & sounds of people playing at the beach as the beat comes stomping in with the insatiably-catchy synth-line…it’s quite the intro really.  The beginnings of “Wouldn’t It Be Nice” end up having the raddest mini-jam before the track ultimately kicks-in to the hooks you know by heart.  The transition to the vocals…is better than flawless – that’s perfection.

The vocals overall…are spot-on and sparkling if you ask me.  Like much of the song, in many spots, they’re handled with distinct differences…some much more subtle than others.  For instance – the main hook is so immaculately intact that you’d almost swear it WAS the Beach Boys when the song is at its most focused on staying true to the original.  Along the way, the vocals have an added rasp and slight aggression in their sound that completely hits the mark; it’s not overused…it’s in there as a perfect complement to the energy of the song and the meaning of the words.  Let’s face facts…the Beach Boys weren’t exactly the kind of band that went for a raspy-anything…they were about the smoothest honey-dripping harmonies you could possibly hear; doesn’t mean that they didn’t perhaps WISH they could have broken a bit more out of their own style/sound to put some additional emphasis into the words like this.  Honestly, I think it makes all the difference in the world and I’m not even remotely kidding when I say I’d much rather hear the vocals as they’re performed here on YYY’s cover of “Wouldn’t It Be Nice” – I’d trade that innate smoothness in the original for a bit of attitude and added charisma like this version has any day of the week.

The new structure of this tune leads to a bizarre but wonderful experience for the ears…warped-up at the beginning, just like Brian would have liked…dripping with golden harmonies in the vocals and brilliantly smart ideas in the drum sounds throughout the progression of this cut.  Love the way the music is there and then cuts away completely at times, allowing real defined moments and space for the vocals to make their impact.  The breakdown verse around the two-minute mark makes stylistic & strange choices in the approach, both in the music and in the vocal-department – but it’s because of moments like these along the way that this cover has as much depth, personality and flavor as it ends up having.  Nothing I’d change here though…I think that this is definitely a rad collaboration between YYY and deM atlaS that completely works and is full of innovative twists that further the concepts of the original.  Or at least furthers the concepts of the Beach Boys’ most infamous member Brian; the wildly colorful, expressive and psychedelic spin that YYY’s put on this electrified version of a classic is kind of exactly how I’d imagine he’d want to make this song today if he could do it all over again.  Like the way the music ramps-up around the 2:20 mark…he’d love that excitement build-up…and I bet he’d love the release into the most beautifully-sung moments of the song shortly after.  Or how about the grand-finale ending where everything sounds perfectly unified and in the moment?  He’d love that too.

I’m willing to bet you will as well.