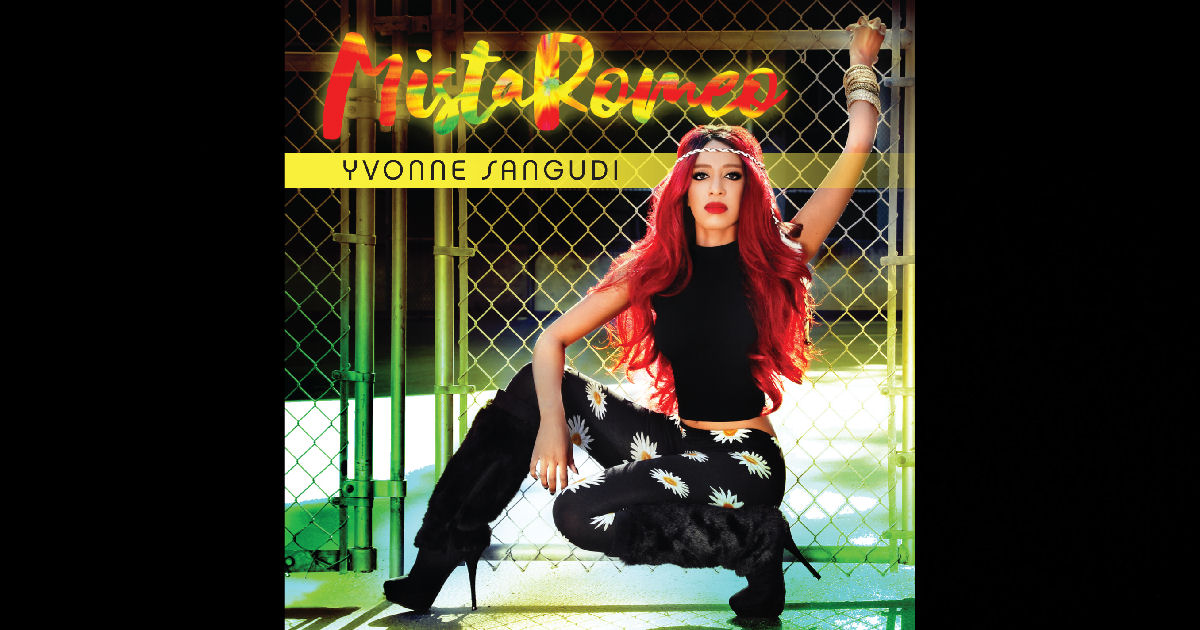 It’s interesting to me that Pop music would still easily be considered one of the world’s top genres when it comes to the mainstream after being here with the independents for so long…I feel like if someone asked me what genres I see the most of or have over the past five years it’d probably be Electro, Rock, and Rap for the most part.  It’s only when I end up hearing a song like “MistaRomeo” that I realize things like this at all really…I’m sure I’ve had a dose or two of Pop-something lately at some point…but it’s rad to have moments of clarity like this that come from listening to the sound of a fresh idea, style or sound.  And don’t get me wrong, it’s not like I’m saying Pop isn’t anywhere to be found – it’s still the dominant force of the music-industry above all the others…it’s more of a comment on how it’s a mysterious genre that seems to almost be able to skip a step somehow…like you can go from being an incredible unknown talent one day and a superstar the next with little time in between.  For the most part anyhow…I’m generalizing of course; sometimes there are Pop stars in the making that want to take the art to more solid ground and build a lasting career…you can still have the hooks, but you want substance to go with it.  Artists like Yvonne Sangudi, who have spent their entire lives essentially as an entertainer, take that proper time to grow personally and professionally…and as a result, they’ll be around a lot longer than the average overnight Pop-star or latest viral success.  It’s kind of a pick’n’choose which kind of artist you want to be in our world when it comes to that…in my opinion, she’s made the right choice by far.

According to legend, Yvonne is a Tanzanian-American singer who has been in show biz since the age of nine.  For nearly two decades she learned & studied her craft, recording, writing, and performing while also working in television broadcasting behind the scenes & record-labels as her main hustle.  As we all know as creative-types…it can be tough to balance both the professional and artistic worlds into one – but for what it’s worth, it seems like Yvonne found a way to not drift too far away from her passion when it comes to music and it never left her side.  She released her debut single back in 2014, a track called “Tanzanite” that flew up the charts and broke a ton of ground for Yvonne’s career in music.  From there, she takes a nearly four-year hiatus before returning to us all now with her second single from the upcoming record Defeated, called “MistaRomeo.”  And I think that…once you hear how competently Yvonne could easily compete with those household names in the Pop mainstream…well…you’ll probably wonder like I did at what on earth could have possibly kept her away – this lady has a great vibe.

Whatever the reason may have been, she clearly sounds inspired to return and put her 5-octave vocals to use – Yvonne puts in a fantastic performance on “MistaRomeo” and continually gets better & better as the song plays on.  Think of 5-octaves like the gear-shift on a car’s clutch – it’d be a miracle to start yourself up in 5th gear right?  You gotta warm up to that speed or intensity…much the same can be said for singers in that sense.  Yvonne starts up low-key in the verse and gradually gets more & more expressive as “MistaRomeo” continues.  Excellent personality & character in the backing vocals and vibrant sounds of the music get her rolling quickly through the verse, and the chorus beautifully takes this song to the next-level with brilliant hooks that completely hit the mark.  She’s mixing it up with Pop, World-beat, and added layers of Electro/Reggae infused into the sound, weaving in & out of different styles and approaches to the vocals with impressive & flawless transitions.  While lyrically, it seems that “MistaRomeo” might not exactly be the Prince Charming we’d assume or envision – I think that Yvonne has created a tragic tale of experiencing love that people out there will definitely understand.  And for those that have kissed more than their fair share of frogs in pursuit of that fabled Prince…you’ll probably connect to this song maybe even more than you’d like to admit.  “MistaRomeo” ain’t all he seems to be, that’s for sure…and if there’s any truth in this particular story, this dude is missing out on the best years of Yvonne’s life, no doubt about it.  But don’t go feeling sorry for the guy – listen to the words…sounds like he got what was coming to him.  I ended up really liking the lyrics that have been written into this track, not just for the tight-focus thematically, but for the selection of words and the imagery she’s using.  Like right from the opening verse, you can hear that Yvonne’s got an insightful way of describing life, love, feelings, thoughts and emotions…she’s not just seeking out buzz words, she’s being real.

And I dig that, you should too!  What I loved about “MistaRomeo” is the structure and performance from Yvonne – I think there are plenty of surprises for you along this adventure that make an impact.  That first shift into the hooks of the chorus is memorable for sure, the reggae-inspired breakdown is also a moment that’ll grab your attention – but for me, and I’m sure for many out there, it’ll be the fireworks that Yvonne unleashes at the end that go on to impress the ears the most.  And wouldn’t ya know it – when her most powerful moments are filled with the spectacular notes she leaves us with through the finale of “MistaRomeo” – it only becomes natural that you’ll want to repeat the whole experience again.  Definitely sounds like Yvonne is back with something to say & something to prove – I dig the confidence, I dig the energy, and I think she nailed this comeback with a really strong performance all-around.

Find out more about Yvonne Sangudi from her official homepage at:  https://yvonnesangudi.com