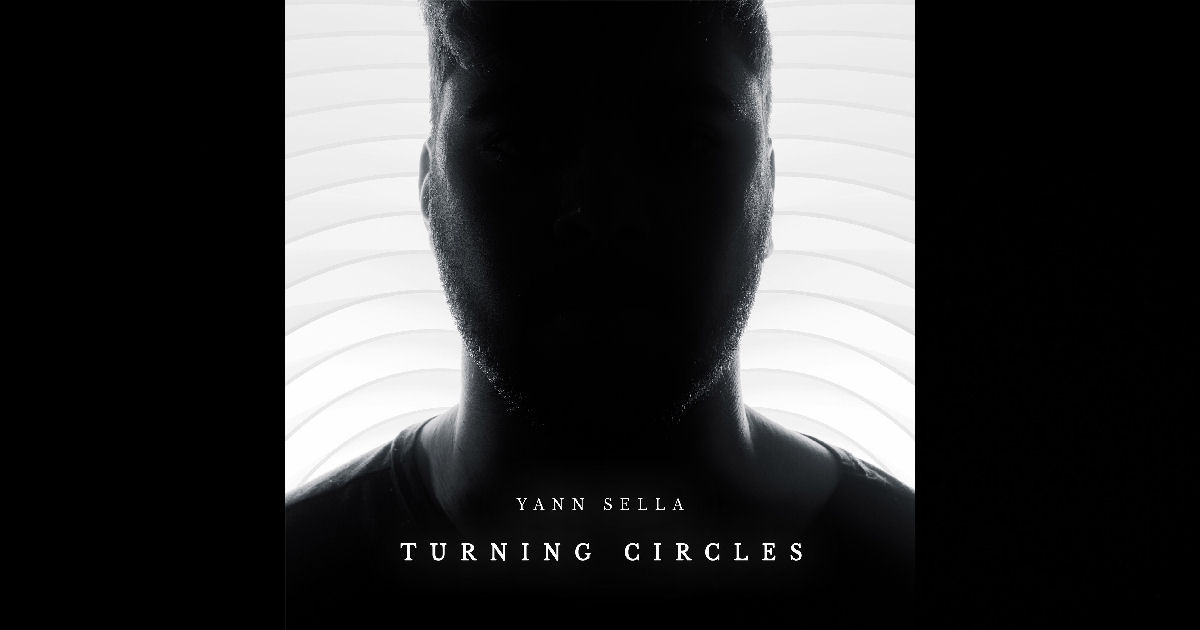 According to the legend that comes along with the video for this debut single from electro-composer/producer Yann Sella, it was only six years ago since he got his hands on his first PC dedicated solely for the purpose of making music.  Since that time, one would imagine that he’s taken that lifelong love of music and desire to make it, right into what’s likely the most creative, inspired, and let’s face it – all-out FUN point in his life, let alone career as a musician.  In the background, over those years to follow, it’s clear that behind the studio boards and his new equipment, the man was hard at work.  Refining his music, his approach, his sound…his ability to make material that would connect to those that listened – and now we’re here, “Turning Circles” is the first fruit of his labor to fall off the branches.

Put it to you this way – Yann Sella is already signed!  “Turning Circles” isn’t even officially released until the eighth of August and there’s already a deal in place to have the upcoming EP called Existence released through the UK label known as Subdust Music.  That’s gotta build some confidence up in an artist that’s just stepping into the scene, to already be backed by a label and distribution plans in place – you know…it almost seems like maybe this Yann guy is like…oh, I dunno…what do you call it…organized?

While the old adage is often true when it comes to the whole ‘you get a lifetime to make your first record and two weeks to make your second’ – what it appears like to me after listening to “Turning Circles,” is that Yann has taken the time required to get it RIGHT.  Whether it’s been six years spent dedicated behind the computer, or if he was already ready to go with a bunch of songs in his head, who knows?  Bottom line is, he clearly could have rushed himself faster…but would the results have come out this tight?  Probably not – and it’s because he’s been willing to make his move at the right time for himself personally, that the music of a track like “Turning Circles” comes out as flawlessly as it does.  For those of you out there that are not giving yourselves the time to gain perspective, experience new things, and refine wild, exciting ideas into something smartly controlled and actually listenable – please read between the lines of what I’m saying here…Yann’s taken the right approach.  It shows respect for him as an artist, it shows respect to music, it shows respect to us, as listeners; the care & attention to detail have been put in from the lefts to the rights…you can feel the passion in the music of Yann Sella.

Through a spacious atmosphere that opens the sound up wide, the subtle beginning of “Turning Circles” is one that you can hear building with intensity cleverly underneath the surface.  Kicking in the beat around the ninety second mark sets the music in motion, with chorus-like vocals floating through the atmosphere and various electro-elements & synth sounds adding in bold sounds & movements along the adventure.  Incorporating Manchester Rain…in my humble estimation…is ALWAYS going to be a great thing – you might remember the posting of the self-titled anthem “Manchester Rain” from the video/single that went up at our page.  Dude’s an incredible talent out there in the scene and of course, finds the perfect way to complement the vibe that Yann’s created with a smooth set of ethereal vocals that drift along with the sound of this song like a dream in the wind or a voice from a distant mirage guiding you to the oasis after you’ve been wandering the desert.  You get the idea – whatever it might make you conjure up in your mind visually, bottom line is, he sounds great on “Turning Circles” while working a hypnotic approach to the vocals that really shares the spotlight with the music in a remarkable balance.  Again – Yann’s taken the time to make sure this all came out RIGHT…if there was more time required to make it come out RIGHT, after waiting this long to make his debut, you gotta figure he would take it if it was needed – RIGHT?  And that’s just the thing – he clearly has and you can clearly hear it – the production is stunning, the ideas are vibrant, the sound is chill & enticing at the same time.  As far as debut’s go, from what I can hear on “Turning Circles,” there’s every reason to be excited about the upcoming Existence EP from Yann Sella, especially you electro fans out there.  His new single is assembled impeccably, switches up the energy multiple times and keeps the entertainment flowing, always building towards something slightly bigger than the previous seconds before as it plays on.  While it might stay pretty controlled & chill overall, the professional restraint and instincts shown here also notably indicate an artist that’s really got a grip on the sound he’s looking to put out there; there’s no stone unturned here, no moment where he didn’t follow through to the nth degree – and it’s precisely because so much work, dedication, love, and passion has been put into “Turning Circles” that you can sincerely hear the heart of a lion beating underneath the layers of this tune, confident & strong.  Yann Sella’s moment is about to arrive…and you can feel that buzz, momentum, and excitement flow through this first single – I’m excited to hear what comes next!

Find out more about Yann Sella at his official website:  https://www.yannsella.com

Find out more about Manchester Rain at his official website:  https://www.manchesterrain.com