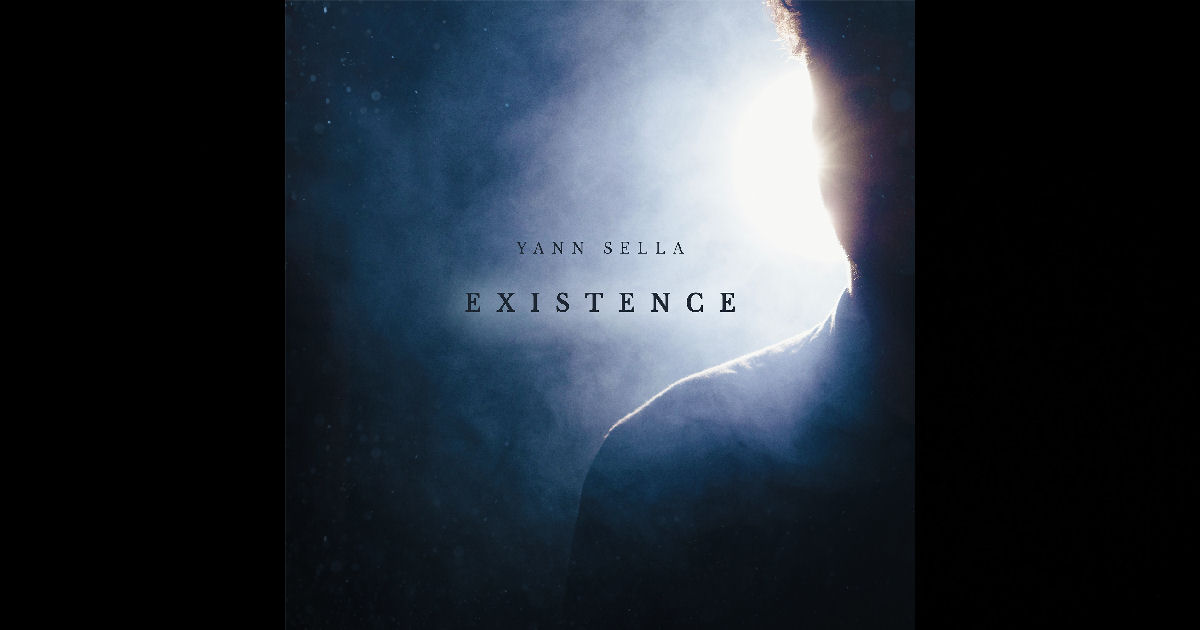 Definitely more than a few of us out there listening to the brand-new EP from French producer Yann Sella…I could visibly see the hit-counter moving up quickly while the first wave of music-reviewers like myself began to jump into this moving set of three songs.  Your turn will come soon enough – you can catch the new Existence EP from Yann Sella released officially online as early as September 28th through Beatport, or find it online everywhere else you can possibly think of online as of October 12th.  Until then, you’ll just have to take my word for it – Yann’s got himself a stunning set of songs on Existence that flow beautifully and flawlessly…add in the fact that everything you’ll hear is far from the typical audio-experience…and it becomes clear that there’s some really rad stuff happening with Sella’s music.

For myself personally, there’s two new cuts on this record I’ve yet to check out, both surrounding the lead-single “Turning Circles.”  Existence begins with “Twinkle” and starts the mysteriousness in the atmosphere pulsing immediately with crystal-clear sound for your ears to absorb.  I’ve gotta admit – I wasn’t quite sure where Yann was going to take this one on the first spin through – and hearing the absolutely INCREDIBLE transition made around the 1:35 mark was complete confirmation that Sella has a genuine gift when it comes to creating moving compositions that you can truly feel inside of you.  The amount of emotion and bold sound that comes pouring through when the beat kicks-in and the Electro vibe continues to envelop you is 100% awesome to experience.  Excellent way to begin the record though – you gotta love it; everything you’ll hear before the main beat fires-up is enticing & intriguing to listen to, and by the time the song is fully developed, there’s just no way you’ll ever want it to end.  For real!  I mean, not gonna lie, it STARTS cool…it’s an interesting build-up that’s full of texture…but the way that this first cut finds its groove is more than impressive; it’s one of those unmistakable moments in a song that you know everyone out there will truly notice like an unforgettable plot twist in a movie.  While you’re drifting through the atmosphere of the “Twinkle,” trying to make sense of it all and where it might lead you, all of a sudden when it snaps together at 1:35 you kind of have to marvel at just how RIGHT everything becomes so quickly.  Like a blurred picture come into focus, or the first strokes of a brush on an empty canvas…you won’t see the full picture & potential of “Twinkle” coming at you from the humble, interesting, & curious way the song begins…which makes for an early highlight moment on this record when it does.  No way you could miss that transition – it takes “Twinkle” straight to the next-level and beyond, immediately flooding your speakers with addictive sounds from the lefts to the rights.

I still think “Turning Circles” is an extremely solid experience and it’s definitely held up over time.  Technically, we got a sneak preview of the Existence EP when this lead-single was released back in June of this year and I reviewed it here at the homepage…so it’s definitely the song I’m the most familiar with still to this day…because I spun the heck out of this when I first got a chance to listen way-back-when.  Featuring Manchester Rain in the mix, “Turning Circles” has been enjoyed by tens of thousands of listeners already, long before this EP has even officially been released – and with that much interest established beforehand, you can only imagine how many listeners out there are truly looking forward to this record being put out there officially.  I’ve got no problem in saying that if you love what you heard in this single, that you’ll love the rest of what you’ll find on the Existence EP as well…the surrounding songs really work perfectly as the bookends of this particular cut, and together the three tunes really take you on quite a remarkable journey.  Yann’s one of those artists out there with so much attention to detail that you can’t take your ears off the stunning quality & sounds you’ll find…and it’s because of that, the songs you’ll discover on Existence are the kind that can take you right out of your world and into Sella’s.  Suffice it to say that this cut serves the EP really well as its centerpiece…the other two cuts fit spectacularly well with it; for the full-review of my previous thoughts on “Turning Circles” – click here.

Yann has a seriously incredible gift for transitioning his sound and taking everything to that next-level.  What you’ll find on the Existence EP goes far beyond mere Electro…the way these songs are structured to deliver really points to the fact that these are serious compositions that are complex and have a ton involved in their assembly, writing, and production.  That also goes for the layout of the EP as a whole, each song drifts into the next and seems to expand upon & support the ideas & creativity heard only moments before.  The title-track “Existence” takes over brilliantly from where “Turning Circles” leaves you, takes the first forty-seconds or so to set the mood, punches into the beat and never lets up from there.  Layer upon layer that gets added into the mix, Yann ensures that each sound complements the entire idea and serves a true purpose…and as a result, a track like “Existence” seriously stands-out for all the right reasons.  You could cite the beat as a hook, the synth melody as another, the vocal-sample threaded into the mix would count as well…and the list could theoretically continue to keep going on & on…the point is that there is a quantifiable amount of awesomeness at work that you can hear every single second of with stunningly professional quality in performance, assembly, production – you name it and Yann is nailing it tighter than tight can be on “Existence.”  I’m not sure if the sequence of what we’d enjoy on this record was laid-out purposefully or what, but it sure seems like this EP gets better & better with each passing second & song that’s on it.  As much as I’ve enjoyed the first two cuts – I think the third might be the very best; at the very least, its explosively colorful & wildly dynamic sound makes for a highly memorable ending to the entire experience in listening to the Existence EP – but I have a feeling many people out there will draw to the conclusion I have as well.  Especially after a few spins or more through the record…that’s when you really start to appreciate just how strong it starts, and how it continually gets stronger as it plays.  Yann’s got a tremendous amount of confidence in the mix of sound you’ll hear on the boldly versatile & bright rhythms of “Existence” – it’s the kind of vibrancy in Electro-music that practically shouts “I’m HERE and I’m ALIVE!” without having to say a single word.

The Existence EP is brilliantly controlled, remarkably smooth, and oozing with sonic-depth & dimension.  Yann Sella has an ingenious way of being cleverly subtle, yet still able to deliver highly satisfying audio experiences that genuinely hold your attention & interest with ease through a stunning array of sounds.

Find out more about Yann Sella at the official website at:  https://www.yannsella.com