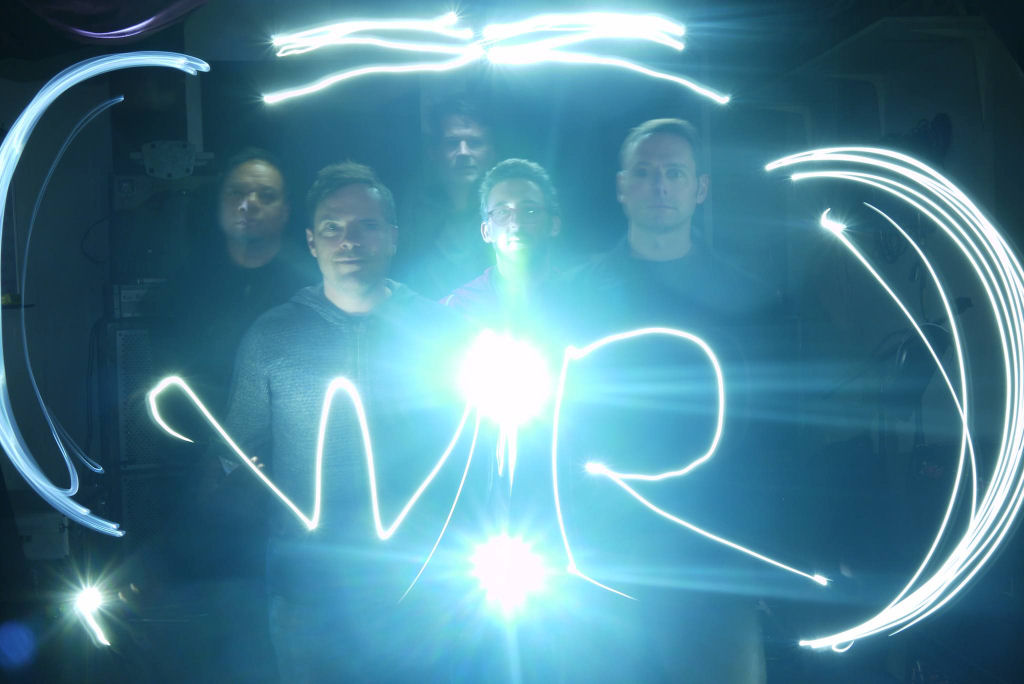 Some truly excellent sounds coming from California’s innovative indie-rock band Winchester Revival. With brand-new music now out for public consumption, this five-piece band is making some major waves out there online and have already picked up several positive reviews in their favour as the buzz behind this band continues to grow surrounding the recent release of their Burden’s Landing EP.

Though I make it a point of not checking into any of the specifics of these reviews before writing my own here, the teasing headlines hint at strong public support for the music of Winchester Revival. Upon a first listen, I can certainly understand the growing hype surrounding this band and their amped-up melodies…there’s a lot here to like!

Starting out with “Last Night In Tokyo” I was convinced for the most part that we have a wicked blend of something close to Minus The Bear-meets-Brother Cane. Excellent guitar melodies drift around…gorgeous vocal harmonies and precision-timed drums burst into the song brightly. Am I crazy though? I’m not sure who it would be out of Kirk, Ron, David, Matt or Andrew, but one of you sounds tremendously female in the background vocals… Don’t get me wrong, that’s impressive if it’s being pulled off by one of these five dudes…but I think there’s someone else in the mix. I only bring it up because yeah, it’d be impressive if it was from one of the boys yes…but as it stands, the harmonies come through completely beautiful and really add to this track in the best of ways. “Last Night In Tokyo” makes a massive shift towards the middle of the tune; I have to admit, it wasn’t the direction I was expecting them to take but it makes for a nice sonic-surprise & shows versatility quickly into the EP.

They take it up a notch or two right away as they kick into the foreboding “Ides Of January.” We might be able to add other bands like Birds Of Tokyo, Limblifter, maybe even a little of the rock-side of Tom Petty into the influences or comparisons for sound in this following tune. Just after two-minutes in, lead-singer David Rosenheim earns his place in a spectacular falsetto part delivered perfectly. He’s absolutely excellent in the breakdown and pours confidence into the microphone as this song rocks to the end. Matt Glick also deserves a massive shout-out here…this track is a very, very big one…it’d be a tough one to mix for sure and I think they’ve actually done a spectacular job here on this second cut – but I have to single out Matt who is absolutely kicking all the ass in a very subtle but all-encompassing way on “Ides Of January” through his electro-infusions.

“Diligence” is certainly a song 99% of the world can easily relate to. Formed around the actions that surround the drone of our weekly work endeavors, the chorus expands into a beautifully spread-out sound as they bring in musical tones & representations of the weekend. It’s a well-planned out and very catchy song…standout drums here from Kirk Snedeker…that dude is THUMPING away over there! In the chorus it sounds like he’s punishing a 60’’ kick-drum; obviously that’s not the case but man does this guy ever get the maximum out of his kit!

Slowing it all down and providing a breather and a minute to grab yourself a water after dancing to the beat of “Diligence,” there are two-minutes of serenity, calm and gorgeous harmonics on “Keep It Together.” Hypnotic as it plays along…it’s psychedelic done slow…and done right. But in a bid to not be forgotten, Ron Cruz comes out CRUSHING it as their slowed down “Keep It Together” comes drifting into and picking up with “Salamander.” What an excellent simple & effective bass-line. Ron I hope that’s you! It does sound so precise that it could be electro provided by Matt, but it’s unmistakably Ron in the chorus. Totally, undeniably and unmistakably classic Ron.

“Salamander” is incredibly inventive all the way throughout, and truthfully all players take a moment in the spotlight on this one. Love their harmonies in the chorus…even more so towards the end of the track calling out “Salamander” as the drums pound away feverishly. Definitely worth noting, Winchester Revival has been around since 2013…at this point they’ve certainly achieved a unity in their sound and you can hear all these players finding their perfect way into each of these tunes without over-crowding.

“Ice Water” is certainly a vibrant way to end the experience of Burden’s Landing. Incidentally folks – I’ve decided I’m not crazy – there IS a female voice in the backup of many of these tunes…if you poke into their social media, you’ll even see she’s onstage with them. To which I say, gentlemen of Winchester Revival…what MORE do you want from her? I’m gonna say this upfront to you fine folks…cause Ron, Kirk, David, Matt, Andrew…you all seem like great guys…take my advice and don’t let this fine complimentary voice slip away and join another band! She really does a lot to fill in those harmonies and has a beautiful tone…I’m just saying guys…if you’re not careful she’s gonna get snatched up by another band like a number-one draft scouted out for a spots team!

As “Ice Water” continues through, it becomes increasingly colossal in sound with wicked work put in from Andrew leading the way, and this last cut really carries a lot of the impact on this EP throughout these final moments. With a choppy stop/start beat that finds itself twisting in a nearly progressive-rock way throughout, this song really provides the final adventure that the EP needed to make it become memorable as an entire entity. I can safely say, the buzz I’ve seen surrounding Winchester Revival is a justified one after everything I’ve heard. They’re an impressive band with sharp skills and make music confidently; with their song-writing & delivery reaching the heights of their collective-creativity here on Burden’s Landing…if you were to ask me…they have every reason to sound confident – these are great songs.

Find out more from their official page at Facebook: https://www.facebook.com/WinchesterRevival