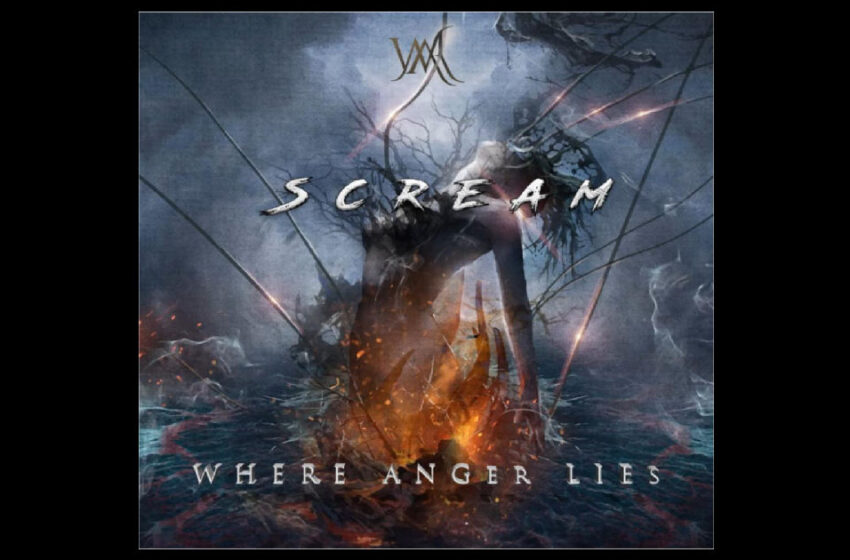 Not too shabby at all.  Where Anger Lies made their first post on Facebook back on July 13th and before the month was even finished, they won Create Niagara’s 48-hour music competition.  I’m not all that sure about how quickly you’re all moving the needle for your careers out there, but suffice it to say, it’s pretty rare to see results come as fast as they’ve been coming to this band busting out of Ontario here.

So let’s see here…let’s use a little musical mixology to give ya an idea…  You’d probably be looking at something akin to like, Monster Magnet + Ozzy + Rob Zombie = Where Anger Lies…or at least, fairly close to Where Anger Lies…maybe a couple of degrees to the north or south by a little.  That’s what I’m hearing on this critically acclaimed debut cut they’ve got goin’ on here…it’s the hard stuff y’all – you dig?

A full trio of badasses based out of Stevensville, ready to melt amplifiers with some scorching hot Rock – they’ve already found their way to an audience and a whole ton of praise out there already from around the internet for their efforts on their debut single “Scream” – and rightly so; it’s a solid cut.  The point is, they don’t need me to tell’em that – they already know – it’s been confirmed by a bunch of rabid Metal & Hard Rock fans & critics alike…all I can really do is confirm what many have already said for the most part.  They just got their band goin’ this past year over the pandemic era – I’m not gonna be the guy to start pumping tires now after 20+ years doing what I do – they’ve got a great thing started, no doubt about that.  Can it improve and evolve from here?  For sure.  Them & just about every other debut ever – and as I tend to remind ya, it’s something every artist & band should truly want, lest they be trapped in the REAL hell of being stuck in a position where that first cut is all somebody seems to have to offer.

The most important thing of all at the very beginning of any career or new project, is that you can hear the right pieces are in place and there’s a pathway forward – and you can completely hear that in these guys.  For three dudes, trust me when I tell ya – they’re making HUGE music capable of shaking the walls around you…that gritty, exciting, and electrified energy that amps every one of US listening as a result – you know…some of that good ol’ stuff that just makes you wanna throw a chair through your window.  Or at least, that’s the feeling it might give ya…as far as their lyrical content is concerned they’re advising you otherwise this time around…maybe put down that chair for the moment, and just “Scream” instead.  Go on…we’ll wait for ya…give it a try.  You tellin’ me after this past year you’ve had that you think you wouldn’t reap the benefits of a good ol’ bellow out into the belly of the universe right now?  “SCREAM” I say!  Let it on out.  That’s exactly what a song like this was built for – a full energetic & cathartic release.

So yes – they’ve got those right pieces in place – and hell yes, they’ve got themselves a solid single-worthy cut in “Scream” that is pretty much guaranteed to be a massive crowd pleaser.  Beastly guitars & low-end groove, vocals that are off-the-charts with their mix of menacing mayhem & powerful intensity, and all-in-all, a band that clearly aims to hit it all as hard as they can, and seem to have no problem at all delivering on their end of that promise & potential.  I’m probably gonna side with the vocals making the biggest impact on ya in terms of what you’ll remember afterwards…though notably, the hooks in the chorus and in the instrumentation itself also deserve real credit too for being as bulletproof as they are.  Production-wise, I think that’s where mountains can be moved in their future to follow – “Scream” is covered in a shroud of dust that has a weighted effect on just about everything we hear, hampering the potential sparkle & shine it should likely have, even with it being as dank & dirty of a track as it’s all intended to be.  Do I EXPECT that every band stepping right outta the gate has everything 100% in-line from moment one in regards to all that studio-stuff?  Heck no.  But the great news is, these are just dials and knobs to be twisted back & forth, and these kind of details get ironed out quite quickly over time in most cases…I’d fully expect that Where Anger Lies is gonna keep goin’ from here based on the strengths I can hear in “Scream,” so it only stands to reason that all of what they do will get sharper, leaner, and meaner with the addition of time & experience in their new band.  What I’m not hearing…is anything so detrimental that would stop ya from turning this up loud & proud if you dig on your Hard Rock – I can think of a ton of bands that possess that similarly compressed dustiness in their sound, especially towards the beginnings of their careers – and much to the credit of Where Anger Lies, the performance they put in beats the odds and breaks through by being as lively & intense as it all is.  It could use a little polish, I ain’t gonna lie to ya – but the fundamentals are all completely present & accounted for, and the raw power they put on display is more than worth the price of admission.  Speaking of – whenever we’re all back out of lockdowns & whatnot & you can see this band play “Scream” LIVE – I’d fully recommend you find your way to doing that somehow…you can hear what an epic moment this song would become from the stage.  In the meantime – I’ll be spinning this new single “Scream” on the upcoming episode of the SBS Podcast later on this week along with more of my thoughts on the band…make sure to keep your eyes peeled & ears upon this very site of ours & you’ll see that popping online any day now…soon.

Until then, make sure to find out more about Where Anger Lies from their official page at Facebook here:  https://www.facebook.com/WhereAngerLies