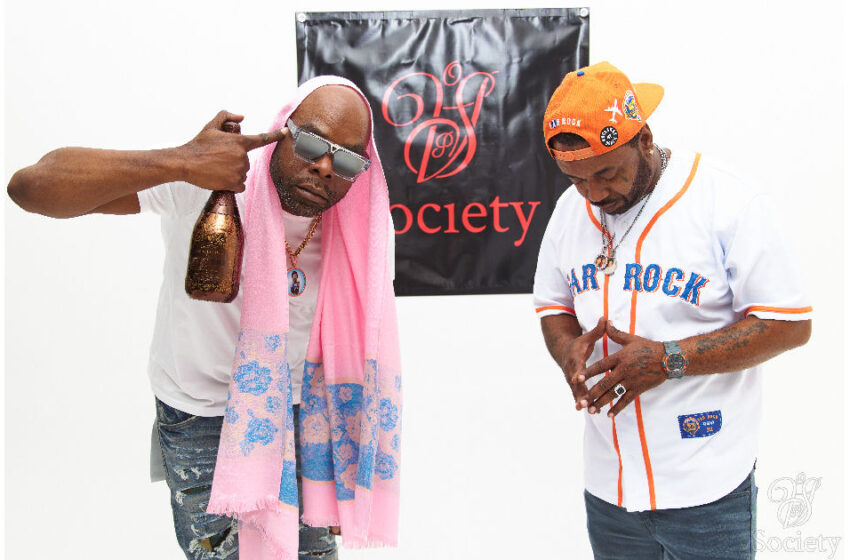 You know what they say y’all…if at first they can’t hear ya, then SHOUT YOUR MOTHERFUCKIN’ FACE OFF UNTIL THEY DO!  Believe it – this method has worked for more artists than good ol’ DMX (R.I.P.).

No doubt that a performance as large & in-charge as you’ll find from VSOP SOCIETY is going to get the people out there paying full attention this year – you could put this single on at the lowest setting on your stereo system and you might STILL get a noise complaint from your neighbors two blocks away y’all.  We’re talkin’ about rappin’ with sheer sonic force second to none – “PIGPEN” is HUGE by every conceivable definition you can think of, and it’s mean & lean enough to take your lunch money from ya.

Join these experienced microphone hustlers on their grind as they go “chasin’ Franklins” and make sure that their voices are HEARD in the process – VSOP SOCIETY is large & in-charge, and bossed UP much more than you’re probably used to on your side of the screen & speakers.  They’re gripping to say the least – the in-your-face style of this crew clearly produces results; and for a track called “PIGPEN,” their surroundings sure as hell look nice to me!  If they want to switch places, I’m down to get in the mud anytime if it leads to a lavish lifestyle like you’ll see onscreen in this new video right here.  Name droppin’ key figures from David Banner to The Incredible Hulk makes perfect sense when you sound larger than life itself like VSOP SOCIETY does on “PIGPEN” – this single is so MASSIVE it’ll stomp you out – consider yourselves warned.  I’d say don’t get caught sleepin’ on this – but NO ONE sleeps through a single THIS GIGANTIC, you feel me?  It’s about time you got a sample of the Richter Scale magnitude of this cut – check out the new video for “PIGPEN” from VSOP SOCIETY’s upcoming EP KINGPINS TURN TO SAINT$ below yo!

And there you have it – now you know what’s up, and you’ve felt the full brunt of the sheer sonic force that VSOP SOCIETY is clearly bringing to the game from sight to sound.  Assuming you all survived this experience, and that the walls around you haven’t crumbled and/or been completely shaken to the ground from the bangin’ combination of bass-driven beats and extremely wild personality on the m-i-c – I think it’s fair to assume that you’ll be back to spin this video expertly directed by Andrew G of ECUFilms again & again.  Swagger, style, and confidence don’t often get served up in doses THIS BIG – there’s no doubt that VSOP SOCIETY is making Rap memorable & entirely unforgettable – I’d be willing to bet that whatever they’ve got cookin’ up for the KINGPINS TURN TO SAINT$ EP will be well worth your time too.

They’ll get your attention whether you give it to them willingly, or they take it by force – surrender is your only option; but when things sound as REAL as “PIGPEN” does…chances are, you’ll be alright with turning yourselves in to the VSOP SOCIETY, and turning on UP for a single/video as killer as this all is.

Find out more about VSOP SOCIETY at Twitter here:  https://twitter.com/VSOPSOCIETY