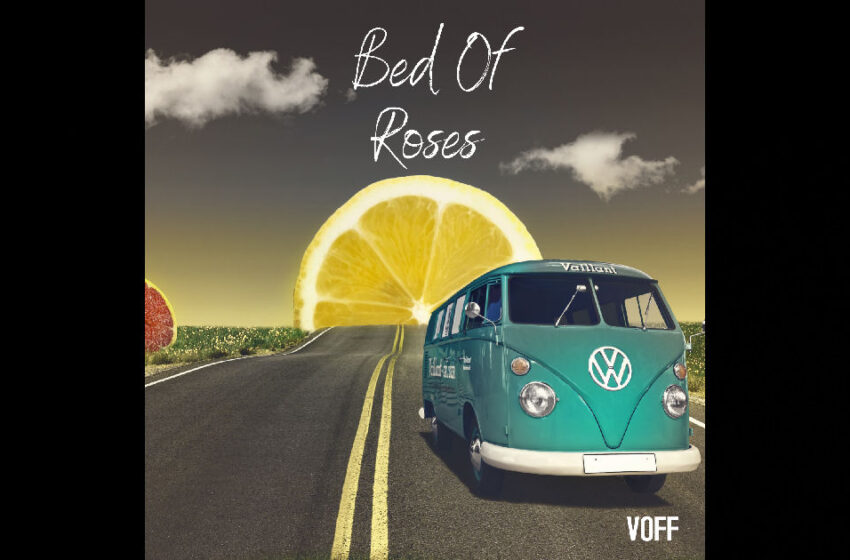 Damn!  Everything seemed like it was all going so well for VOFF until that final line hits ya…then you end up leaving “Bed Of Roses” thinking…wait…weren’t we just busy gettin’ high & livin’ the good life?  Didn’t we just “smoke a blunt and the feel the zigga-zug-zappy” only mere moments before?  Now we’re at the end “wondering what will happen when I’m dead?”  That’s GRIM y’all – especially after VOFF has built this Hip-Hop track up with party vibes supplyin’ your speakers with good times for nearly the full 3:07 – you don’t see the weight of that final line comin’ atcha – but that’s kind of awesome in its own unique way too.  Look – I’ll put it to ya this way – I grew up in Vansterdam, aka Vancouver, BC – I’ve lived my life on the greens, shall we say…I can’t ever once recall feelin’ the “zigga-zug-zappy” – and now I feel like I’ve been totally missing out.  So whatever it is they’re puttin’ in their weed over there in Norway – I want some!  The point I’m trying to make though, is that I suppose it’s only natural that if you’re feelin’ “zigga-zug-zappy,” then it’s equally possible you could very well be contemplating your own death only mere moments later.  I’m just theorizing here, like I said, I’ve smoked some great shit in my lifetime, but I don’t know if I’ve ever been quite as high as VOFF seems to get on this new single “Bed Of Roses” – and again, hell yeah, I’m jealous.  I think what I really need to do is go crash on VOFF’s couch in Norway for a week and twist up a couple Js with this guy.  ”Life is not a bed of roses, they say” and perhaps that’s true – all I know is that it certainly seems like VOFF knows how to keep the party goin’ strong, and I’m into it.

Obviously I’m keeping this review a little loose & lighthearted – I’m sure there’s at least a few points in my life I’ve been “zigga-zug-zappy” or practically in a coma in the level beyond – I can relate to VOFF more than I’ve admitted so far, don’t get me wrong.  The reality is, he’s got a very playful style of his own…and I think he’s written some really insightful stuff into “Bed Of Roses” in tandem with the humor you’ll find.  Don’t get it twisted – he IS funny – but he’s also got a very grounded perspective for as high as he gets, and it makes for an excellent experience in listening to this single – it gives VOFF this natural sound & easygoing style that just makes you wanna hear what he has to say, and I’m loving that about this song.  It’s got old-school flair to it – that essential mix of knowledge & humor as one – you combine that with the snazzy beat he’s got supporting his words, and it’s pretty much good game from there on – it’s tough to resist the charm you’ll find in a track as upbeat, clever, and fun as you’ll find “Bed Of Roses” to be.  I recommended surrendering quickly instead; it’s much easier to turn this up than it is to resist it.

It’s all on-point though – there’s really nothing at all but positives to be found here.  I’m a massive fan of the production, I think the energy, charisma, and character of VOFF on the mic is supremely enticing as well – the man’s got the juice, face the facts…and overall, I think “Bed Of Roses” plays it really smart in how it uses humor, but still makes an extremely valid set of points along the way if you’re listening close.  In particular, check out the bars around the 2:20 mark – I think you’ll find wisdom that extends straight from the humor into the real reality of the way the world is, and certainly has been as of late – which is entirely too damn serious.  “Bed Of Roses” is completely designed as a reminder to us all that we should just be chillin’ out a hell of a lot more than we are…just relaxin’ and loving life for what it is, not hatin’ on it for whatever it isn’t.  Unless of course, you’re out of greenery, in which case there’s a PROBLEM and y’all need to rectify that shit right quick if you wanna keep up to me & VOFF puffin’ away.  You get the point I’m making though – VOFF is reminding us that for the most part, life is one big joke – and I wouldn’t tell you anything otherwise – I believe exactly the very same thing, and I treat it as such.  “We’re here for a good time, not a long time” as the legendary Trooper song will tell ya, and that’s wisdom that still rings true to this very day, echoed in the spirit & sentiment of a song that’s in a totally different genre & style, but possessing those similar values that embrace living life to its full potential.  Get out there and enjoy yourselves, however you do it – VOFF will give ya more than a few ideas on how you can go about spending your time in the right way, and he’s clearly willing to lead by example when it comes to good times & good music – my advice is you follow it.  Light’em up if you got’em, and turn this up – VOFF has got an inspired spark in his performance, and a pure strain of audible fun for you to enjoy.

Find out more about VOFF at his page at Instagram here:  https://www.instagram.com/voffmusic