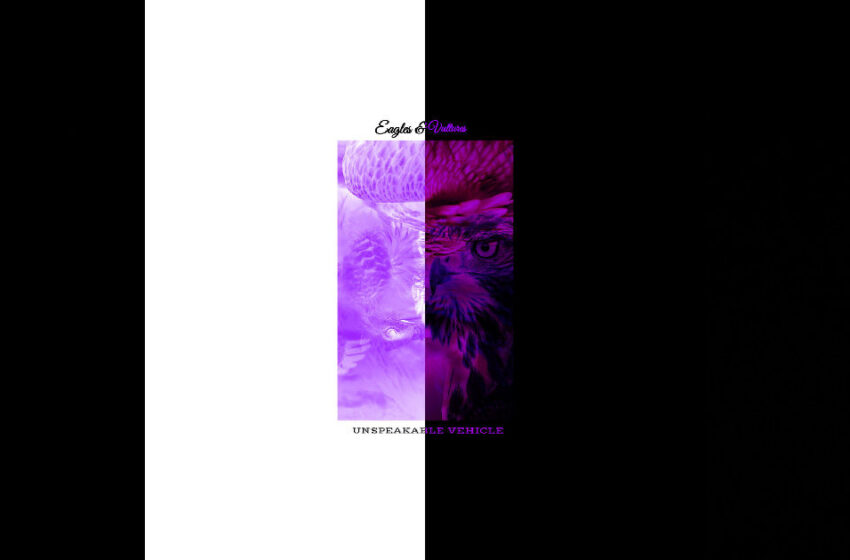 They’re a strange band, there’s no doubt about that…perplexing to the nth degree really.  It’s rare that you’ll hear so much hard-work and effort put into music that ends up generating what I could only consider to be polarizing results at the very least.  Musically, I think this band has so much going for it in terms of the strengths between them, the structural dynamics of their Progressive/Indie approach, and even the sound – all of this stuff stacks up strongly in their favor and certainly demonstrates how truly ambitious Unspeakable Vehicle is by nature.  Vocally they’re missing the mark and I’m not quite sure what to recommend to do to fix that…artistic, avant-garde, eccentric…the vocals are all these things & more really, but they’re so desperately searching for the melody that works in what seems like real-time that it can feel tremendously awkward at points when we listen.  Much like the last time I was checking their music out last year on A Compass May Give Me Directions, But The Only Thing I Will Follow Is You, they flash moments that work & I feel would connect with people well enough…but they’re scattered far & wide throughout “Eagles & Vultures” – and yep, I’m concerned.  I’m all for uniqueness – and they’ve got plenty of that no matter how you slice it – but there’s also a point where you have to reign things in a bit and realize what does & doesn’t quite jive when it comes to the relations of vocals, music, and the intended melody.  Being objective is just about the hardest thing that any artist or band can go through – but it’s a crucial step in the overall evolution at the end of the day…I feel like that’s on both Austin as the main singer AND on his main cohort in Noah Smith…tough conversations need to be had sometimes.  I don’t think there’s any question about whether or not the people out there would hear this all in the same way that I do when it comes to the vocal aspect…I’m positive that they will…and while there’s certainly nothing wrong with blazing your own trail, you still need to check behind ya every once in a while to see if the rest of us can keep up.  Unspeakable Vehicle wander pretty far off the beaten path with “Eagles & Vultures” when it comes to the listening ears out there…I think they give you plenty to love in the music, but they’ve got that in more of a supporting role here in comparison to the vocals we hear on the surface.  I don’t think this is a matter of turning up the music more in the mix to mask a few mistakes or missteps here…I really believe Austin needs to give this a lot more time & experience in the incubator, and come out singing it like he knows what he wants out of each and every moment we hear.

If they’re able to tweak that aspect of their music in the right direction, they’ve got something stronger here to be found in “Eagles & Vultures” I’d reckon…it’s still gonna be a highly Progressive type of tune at the end of the day that leans much more on artistically-inclined ideas than catchy & memorable hooks, but I’d still be interested in that event.  The length doesn’t scare me; as it stands this nearly seven minute tune takes a bit of fortitude on our end to get through, but there are ideas that do work here.  Just gotta get to’em, mine’em all out a bit more, shine’em up & refine’em a bit perhaps, but I still think that the different route that Unspeakable Vehicle chooses to drive their band on puts them on a road to significantly unique breakthroughs in the future of their music.  Like the way the keys, bass, and drums on “Eagles & Vultures” was a major strength revealed this time around…the groove they lock into in the fourth minute musically is completely engaging…I maintain, there’s something here, I just don’t know if I completely know WHAT yet…or if they even do themselves.  Lots of potential, lots of possibility, lots of skill in their musicianship, and they definitely have substantial ideas…the rest will come when it’s meant to my friends, keep going.

Find out more about Unspeakable Vehicle at Instagram:  https://www.instagram.com/unspeakablevehicle