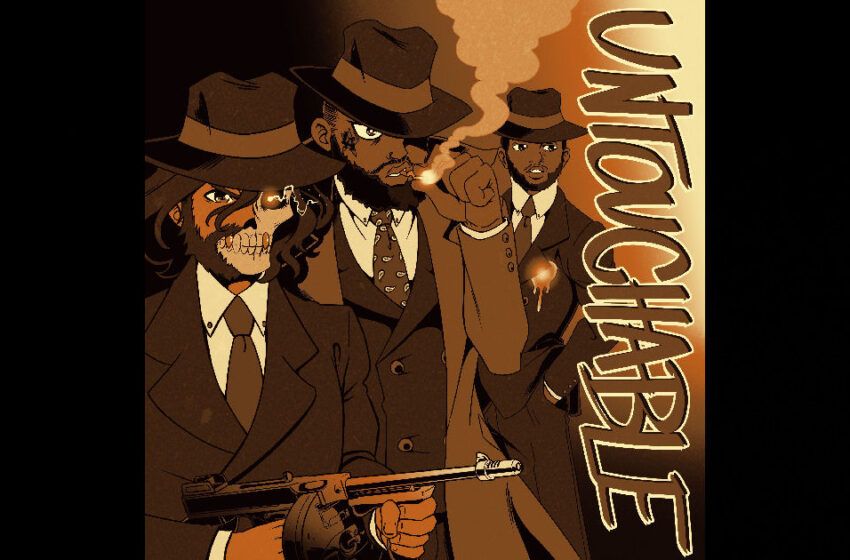 Collaboration in full effect y’all…turn UP for this track right here!

“Untouchable” is the PERFECT name for this single, because all three of the emcees you’ll find on it are on an entirely different level and bringing it to every second they’re spittin’ in ways most rappers can only dream of doing.  Treezy!  You’re the man brother – stoked to have the man up on our pages here.  As for The Game – y’all know the name by now, the dude’s a complete professional and a legend in Rap already.  Andwan Zonez has got one of the most identifiable sounds of his own on the mic this side of Sticky Fingaz that you’re ever gonna hear through your speakers.  This is a team of verifiable all-stars yo – even if you were to just read about it on paper without hearing it, you know this track came out 100% bangin.’  To be completely real with ya, I’d put “Untouchable” right up with the very best cuts of 2022 in Rap, or in any genre that matter – this is single-worthy sound from the lefts to the rights, spit with full passion, precision, and stylistically slick substance…syllable for syllable, pound for pound, beat for beat and bar for bar, these three superstars have joined forces to take this track straight UP to #1 this year.

Goin’ HARD right off the drop, Treezy takes the first set on the mic, stringing together words like he don’t even need AIR – “Untouchable” begins and makes an instant impact on ya.  No doubt whatsoever that part way through that first verse alone, jaws will drop in amazement, and the volume will be cranked as loud as it’ll go – people are gonna wanna experience every sonic morsel of this cut, believe it.  Better yet, don’t take my word for it all and listen for yourself – you can thank me later!  Treezy comes out bringing his verbal A-game, setting the standard for his crew in collaboration to rise up to with real swagger in his delivery, and precision that delivers personality, professionalism, and attitude, all at the same time.  If you wanna hear what it sounds like to put in a performance that’s guaranteed to get everyone on board and instantly make any listener a massive fan of what you can do – listen to the way that Treezy opens up “Untouchable” and how he never takes his foot off the gas.  You simply can’t ask for a better opening than what you’ll hear in the first verse of this single – and knowing he’s got this cut loaded up with talent to follow him, you can hear the effect that solid backup creates…it clearly inspired Treezy to hit these bars at full force with everything he’s got, and it’s because of that, each time the mic gets handed off to the next player after that, the quality never drops and this crew continues to surge.

The Game…I mean…what else needs to be said about this giant of the industry right here?  Does he make the most out of his moment on “Untouchable?”  Of COURSE he does y’all – that goes without saying.  I’m all about artists like The Game that not only work hard to level up themselves, but always remember that there’s artists right in line behind them doing the same as well – lending his talent & time to a track like “Untouchable” is full proof that the man ain’t just looking out for himself, you feel me?  He’s doing what he can to help dedicated artists like Treezy thrive in the scene as well – I’m sure the man was freakin’ stoked to have The Game appear on this single…ain’t nothing quite like having a hero you respect on the mic right beside you.  After a short break in the track, the sound & beat springs back to life, and The Game takes over as you knew he would, delivering that A-level verbal confidence he’s known around the globe for, and giving Treezy the quality backup the opening bars deserved y’all.  Every single one of these emcees explodes on the mic with undeniable personality and serious style – The Game is a relentless professional spittin’ rhymes at the heights of his career RIGHT NOW…you knew he’d nail every syllable down tight on “Untouchable” and of course he DOES…The Game is sharp as ever.  This whole track has a menacing vibe that emanates pure fire from every pore of your speakers I tell ya.

Andwan Zonez basically can’t help but make an impression on ya…part of that’s because of the skills on the mic of course, but a large part of it is also the uniqueness of his voice too – he’s just got that SOUND you’ll remember, know what I mean?  He’s at “the peak of the mountain” and spittin’ with supremely justified confidence…as the dude charged with the task of coming after both Treezy and The Game to bring this single home, he needed to reach that “peak” to give “Untouchable” the finale it deserved – and he does.  “Yes indeed” y’all – this ain’t just a big win for this collaboration, or just these emcees as individuals – “Untouchable” is a straight-up victory for the entire GENRE of RAP – and it’s a track that no playlist on earth could be considered to be complete without this year.  It’s got that dangerous feeling to it…like “Don’t Say Nuthin’” from the early days of The Roots…and with the triple-threat of personalities bossed-up and owning every syllable you’ll hear spit into the mic from Treezy to The Game to Andwan Zonez bringin’ it home at the end…I mean…there simply ain’t enough competition out there in the scene to compete with a crew of talents like you’ll find on this single.  I’m 100% all about it – you will be too – “Untouchable” is one of the most engaging & intense cuts you’re gonna hear this year…this is ALL aces.

Find out more about Treezy at his official pages below!

Did I mention you can get this cut for FREE too?  The value on “Untouchable” is PRICELESS y’all – get a copy at Bandcamp direct, right here: