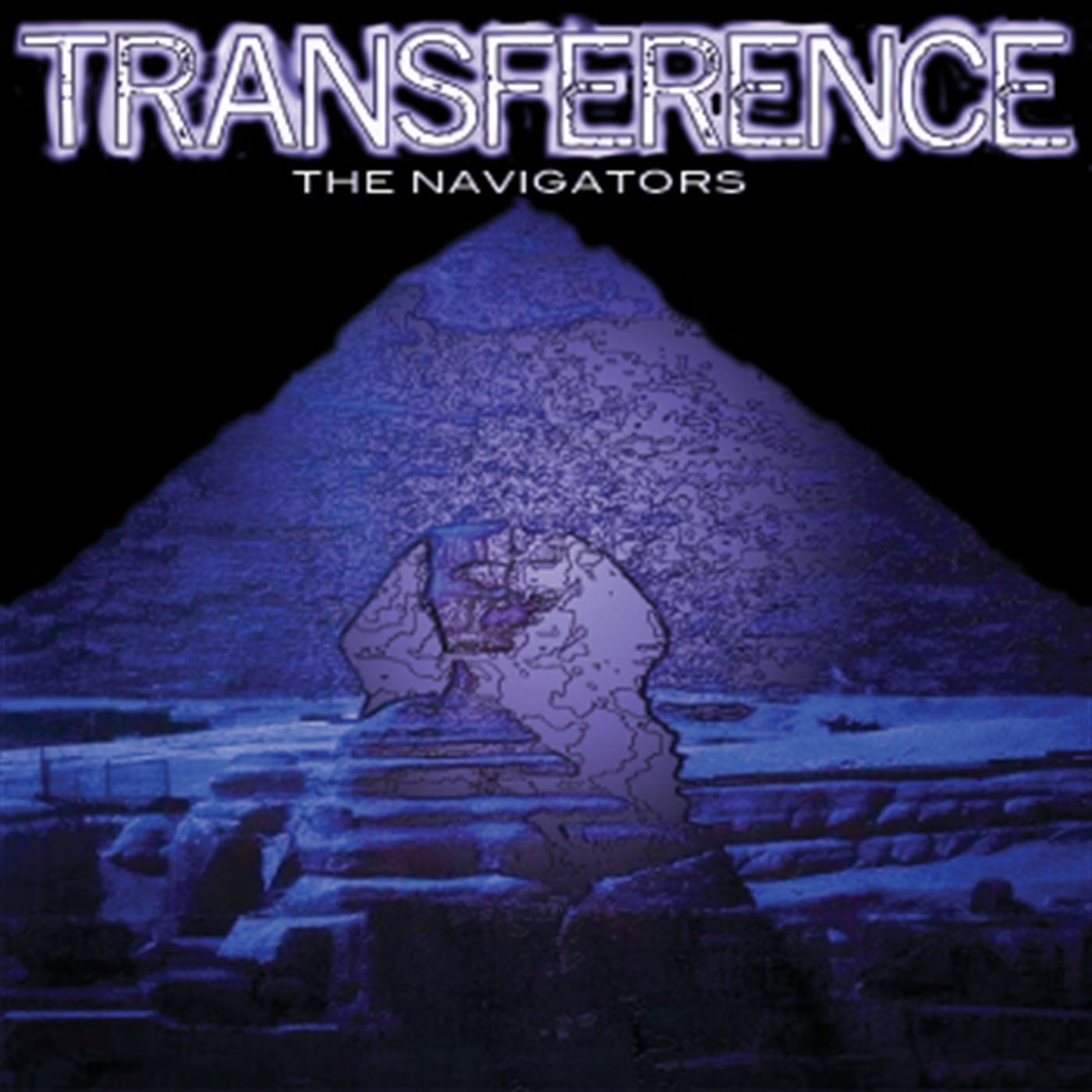 What an absolutely refreshing listen. From Melbourne, Australia’s own masters-of-atmosphere – Transference have created an absolute unstoppable force in textural-music here on their new album The Navigators. Emotions, tempos, styles and sounds range from one extreme to the other as this sharply-skilled band flexes their most innovative & creative-muscles as they deftly conquer and move through idea after idea and push the very boundaries of pretty much all the genres within rock-music. After a great many listens through The Navigators…I get the feeling somewhat that this band was dared a long, long time ago to find the absolute limits of their own creativity…and I firmly believe now that I’ve absorbed this album in full that they must still be on that impossible search…

My love-affair with Australia certainly seems to know no limitations either. This continent solidly produces some of the best in entertainment hands down; whether it’s their movies or music, if it wasn’t for the sheer thousands of nautical miles between us, I’d certainly consider popping on over there. Alas…I’m secretly (not-so) chained to this studio (happily of course) and so I will have to continue to receive these incredible gifts of amazing music from my Aussie brethren and continue to listen from my studio-chair. Aside from the scenery outside my windows and doors being radically different…if I close my eyes and listen to the music…this room I’m in could literally be anywhere…

Transference…the very process of translating an emotion, feeling or thought from one point to another – what a fantastic moniker for this well-rounded experience in sound and incredible band. It’s impossible not to notice the incredible amount of work in production, performance and song-writing that this crew has put in; right from the opening guitar tones and immaculate drums of the first-cut, “Lady Isis,” Transference is already making several moves inside of a single song. The dedication to the craft is relentlessly impeccable on The Navigators and crystal-clear right from this opening track. “Lady Isis” has all the melody, harmonies and ability you can possibly house within a seven minute-plus track and instantly sets the tone for the journey to come.

Absolutely outstanding vocalizations. “Lady Isis” sets an instant standard that is completely measured up to by the following track “Eloquence.” On The Navigators and within Transference, there are a LOT of singers…a core-group of permanent members and also feature players & extraordinary talents found globally through the internet. Cool right? It IS. Makes it a little tougher to review in a sense…I’m not always sure who to give the credit to; from what I can see, there’s a lead-female voice in Transference…so Georgia – if this is you on “Eloquence,” then congratulations my friend, you’ve earned my heart with this sparkling performance. Eloquent she most assuredly is; the vocals float beautifully through this song as harmonies chant desperately away in the distance. Excellent tone, excellent control and a powerful connection to the song structure – there are some fantastic instincts at work here in Transference as a whole.

You’ll hear Pink Floyd-esque guitar solos and drums with intensely scrutinized parts played perfectly. On tracks like “The Hydra,” you get the incredible addition and melodies of piano, strings and so much more. This track is audible perfection; and one of the absolute highlights on The Navigators. The guitars swirl perfectly around the piano and drum rhythms before a switch nearly two and a half minutes in breathes an exotic new life into this dramatically-intense song. With bending guitar-notes that Gilmour would be proud to have played himself; Transference have cemented themselves into place on my playlist permanently with an effort like this. It’s their first showcase of an instrumental on the album and they’ve proven here that even without words to go with their music, they can successfully transfer those emotions, feelings and vibrations through instruments alone.

“Viracocha” is….it’s….umm…sorry….give me a moment….I’m right at the second minute of this song….

…alright…I’m breathing again. I LOVE that moment; the vocals become isolated and left to their own incredible strength just for a moment before the guitars, piano, bass & drums kick back in. This track made me truly appreciate the bassist in Transference…and if anything, I think he needs to fight to be heard just a little bit more. If you can separate those bass tones as you listen, you’ll be astounded at what the dude is pulling off here; extremely complex and precision-perfect…I just wanna turn it up a couple notches to get it in this mix a little more.

The soundscape that they’ve created to start out “You Better Run,” is another perfect example of the Transference ability to innovate within their own framework; you can certainly still tell it’s them, but man do they ever display a true diversity in their music! I love the rumbling bass-line of this intro, the laughter sample makes me want to crawl under my bed and hide, which would probably seem really strange to my wife & cat if I were to act upon that feeling. Mission accomplished Transference…once again you’ve completely both captivated me through another song and managed to take me to yet another one of your dense & dynamic musical-atmospheres.

“Blindness” brings in an absolutely smooth bass-line that is so satisfying to listen to as the vocals hit their stride with confidence and let their melodies out in full-force. It’s just a beauty of a track…really warm & inviting…the kind of song you wish you could live in. As the guitars begin to creep into the following song “Winged Serpent,” you can feel the element of change upon you once again as the track begins to build. There’s no doubt about how well this band works together – I love the way they’ve allowed each instrument and vocal-line to have their moment in the sun. Speaking of that…”Winged Serpent,” just about three-minutes in….there’s a golden moment right there for ya. You’re welcome yes, but if you skip a single second you’re absolutely crazy. At the very least…if you DO for some reason skip ahead to that moment, at least allow the track to continue to play into the wicked synth-solo to come. A real moment in time; what’s perhaps most incredible is how Transference has been able to borrow from some classic influences like Pink Floyd, Tangerine Dream perhaps early Genesis, maybe The Cure even – but they’ve managed to not sound dated.

I mean…you heard me say synth-SOLO right? Yeah. As in, Transference might be hanging on to the one-in-a-million keyboard players out there that can pull off a classic-sounding synth-solo without dragging the entire song back into the 80’s. This band has done it right; they’ve given the nod & respect to those that have paved the way and continued to blaze the rest of the trail on their own abilities.

I instantly latched onto “Zarathustra” for the wildly intense beat and incredibly dynamic vocals. The harmonies that come into this track are otherworldly.  “Zarathustra” is like an extraterrestrial gift from this band…they’ve taken me on such a beautifully exotic journey in sonics…there’s just no way the members of Transference all came from planet Earth…that’s my theory.  What I was so desperately hoping for by the final track however…was that this band would FINALLY want MORE for themselves and actually put out a track with some LENGTH to it…

…wait…they have sarcasm in Australia right?

Of course I’m kidding – but WOW what a final ride you get with the epic conglomeration that is the album-finale known as “Echoes.” This cut picks up such a funky groove in the middle, the keyboards, effects, guitars and actual SPACE provided through the production all take this song to the next level while the bass holds down the fort with a solid & meaty line. Written with multiple parts all intersecting together in dramatic switches in tone and sound, this final piece of the album shows of their progressive-side one step further as it weaves through its complexities. It’s charismatic and completely enchanting…it’s the true epic-ending this album deserves.

What an introduction to Transference! I already can’t wait to hear more; Australia you’ve got yourself another winner here, there’s no doubt about it whatsoever. With the ingenuity on display and the true ability to execute their musical-visions in full – watch for this highly-skilled & impressive band to bring their sound overseas to the rest of the globe as people begin to discover their music.

Sounds this good can’t stay a secret forever, trust me.

Find out more about this excellent Australian band from their pages: