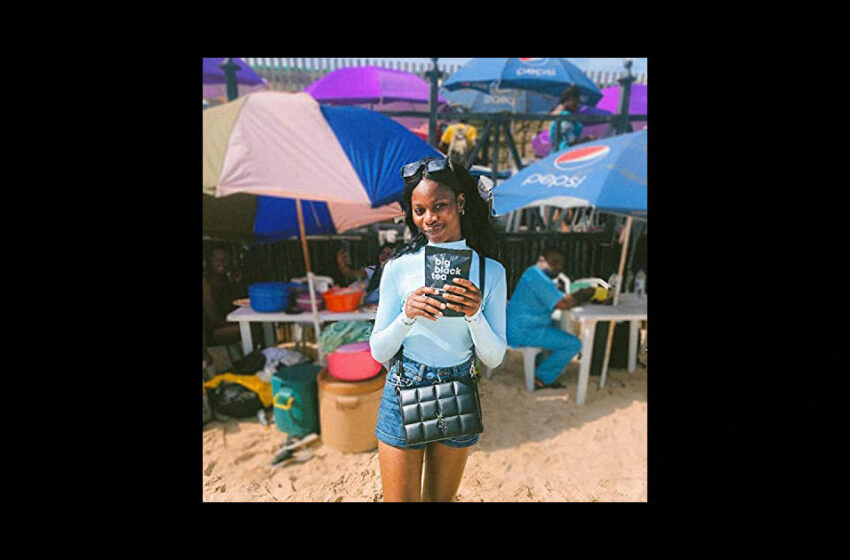 “I’ve been getting such an awesome reaction from my community.  A lot of Trap mamas are banging ’Naija CHOPPA Flex!’ Lol.  I’m quite shocked to be frank with you.”

Mmm hmm…okay.  And why exactly would that be Tim?

I mean…I’m just assuming his ears work the same as mine do, or yours do too for that matter.  When a cut has the juice…well…that’s something we can all hear, ain’t it?  After I had a listen to “Naija Choppa Flex” for myself, I’d have honestly been a lot more shocked to find out people weren’t digging this cut, you dig?  I’m thinking we caught Tim in a humble moment in that quote from his social-media up top.

From what I’m hearing on his new single, the man shouldn’t be shocked at all – he’s got a deep cut on his hands here, and a track that’s bound to stand out to fans of Trap, Rap, Hip-Hop & more out there in the world.  To me, Tim – aka Mr. Future Of Work – has got a single with vibes that rival the menacing intensity & gritty toughness of a track like “Don’t Say Nuthin’” by the Roots from back in the day…a track of which to this very moment in time, I still put on to amp me up & get the energy flowin’ years & years later.  That alone should tell ya much of what you’ll need to know about “Naija Choppa Flex” when it comes right down to it – it’s got a hard-hitting beat that connects and lyrical finesse that keeps the intensity flowing with just as much gripping sound from the mic.  Tim’s got a wild style that continually gets wilder, and I’m HERE FOR IT – you’ll notice he actually stays pretty much controlled through his first set of bars, he’ll start to feel that surge in the first chorus hook, slide back into smoothness for the next verse, and from there on in, Salau keeps reaching deep in his bag to pull out ultra-slick moves on the mic that give this track the opportunity to stand out for his X-factor personality and character just as much as the sound of the song itself.  “Naija Choppa Flex” is flashy by design, fully loaded with low-end rumble to get your speakers thumpin’ and the party bumpin,’ while also flexing intellectual lyricism in the mix of entertainment on display.  From the rhythmic precision line-for-line, to the deadly atmosphere that Tim’s got surrounding him – “Naija Choppa Flex” can’t even try to hide its stylistic finesse, it’s something each and every one of us can here – Salau included!  Don’t try and convince me you’re that surprised homie…a hit is a hit, and a track like “Naija Choppa Flex” has the sensory vibes we can all genuinely feel.

What makes the REAL difference in this track is the main transition in his energy from verse to chorus, straight-up.  Don’t get me wrong – Tim’s got the advantage of being able to claim verifiable hooks that are stronger than steel in both main aspects of the song in that respect…there ain’t a thing wrong with his bars and you won’t find anything less than perfection on the mic no matter which part you’re listening to.  All I’m saying, is that listening to this guy verbally throw down the gauntlet and raise the stakes with how he shifts his energy into an even wilder performance as he attacks his hooks & brings the fire…I mean…that’s the moment y’all.  That’s where you hear a track like “Naija Choppa Flex” go from real good to real great…and it’s where you hear an artist like Tim put his most amped-up energy into the mic with strength that counts.  Verbally, the man could knock ya out with the power he puts into every syllable in the main hooks of his new single…it’s impossible to ignore how large & in-charge, bossed-up, and in control this man really is.

The production is all-star stellar, the performance from Tim reveals a genuine mastery of the m-i-c & a massive understanding of what makes music connect.  Dude goes all-in with what he does on “Naija Choppa Flex” and brings it to every bar…ya can’t really ask a man for any more than that, can ya?  Tim’s got a true standout single with this track – and he can thank himself for the reasons as to why that is – you can’t beat an artist with personality on the mic like he has…Mr. Future Of Work is on to something.

Find out more about Tim Salau at his page at Instagram here:  https://www.instagram.com/timsalau