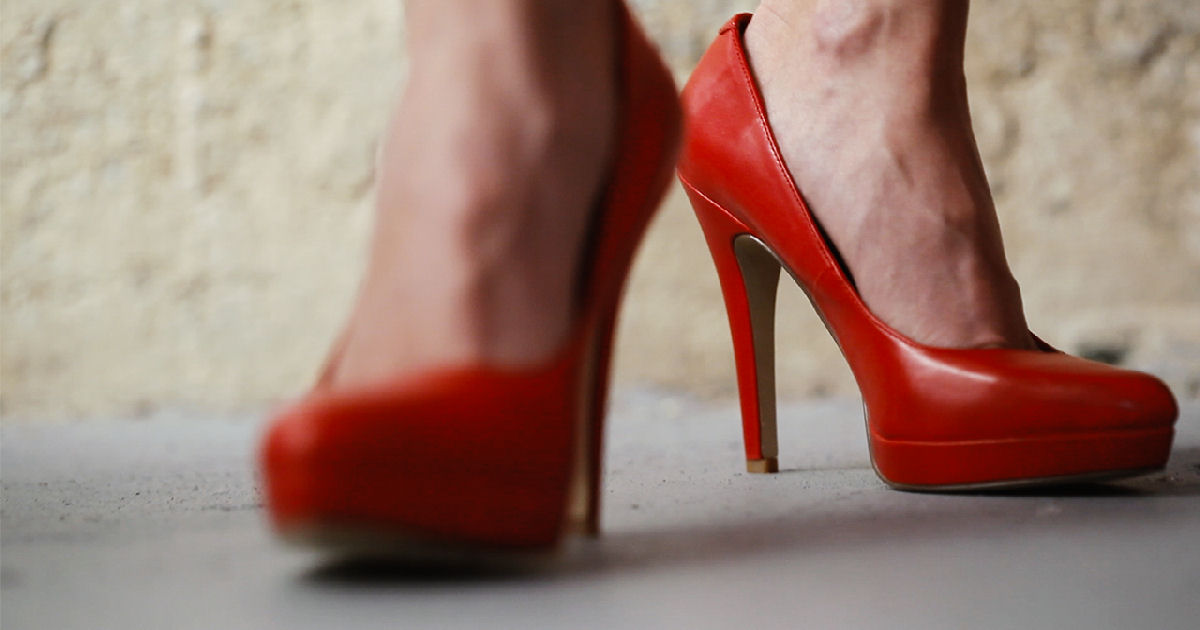 Always dig running into an artist that’s involved in all aspects of their art & music like Stéphane Thomas Durocher, the man behind the music of Thomas Resurrection.  Dude’s back after what seems like a roughly four year stretch in between his first two singles “Rainshine” & “Reach” – Thomas Resurrection just came storming in with the release of a brand-new cut called “Dirty” only about three weeks ago.  Stéphane handles all aspects of his career from the writing to the recording, production to performance, and music to videos – you KNOW we’ve got love for that level of dedication here.  Let’s dip into the past and check out where he was at four years prior to his new release by having a listen & look to what he’s put out previously, and then we’ll dig right into his latest cut “Dirty” to find out what’s happening now.

“Rainshine” doles out a solid first impression of gritty alternative rock; if you have a look at the video, you’ll see quickly that Stéphane has the look for this style of music just as much as he has the sound.  Songwriting instincts are excellent…and while he’s not necessarily limiting himself to what he could potentially create with his music, you do get the sense that he understands where the line is for what he can accomplish as a one-man machine & that he’s made sure he can execute on every aspect of “Rainshine” without complication.  So props to that – the attention to detail is there in the writing, musicianship, and vocals; ultimately “Rainshine” has that slow-burning intensity that’s probably a hard cut to argue that it would set the world on fire immediately, but I have the feeling I’ll be coming back multiple times over the years to give this single another spin.  As I’ve said many times…an instant hit offers a glimpse into what an artist can be about if you’re really lucky…and sure, it can lead to overnight success in some cases – but usually only to burn out rather than fade away, if we even remember these short contributions that come around.  Writing like you’ll find on “Rainshine” that digs towards more timeless roots in music that connect to a whole network of ways; it’s music that lasts.  From the brooding sound in the mix of emotion & tension of the vocals to the gnarly distortion of the lead guitars, the crisp snap of the drums, to the melody & flow of the structure & overall sound…it’s all a great introduction to the Thomas Resurrection sound and I think Stéphane has made a great call by not overplaying his hand on this first tune.  He’s clearly got everything under control here – and that includes the video as well, which follows a similar line of clarity with Stéphane onscreen surrounded by incredible scenery; all that’s cool & looks great – but what makes the video exceptional is the editing job that he’s done with splicing these scenes together so flawlessly.  As a video-maker myself, I can tell ya firsthand that it takes a ton of time & effort to get all this to snap to the timing of the song as well as it does on “Rainshine” – so thumbs-up from me on the effort put in there as well.  Like I said at the beginning – it’s always awesome to find an artist that’s so connected, invested, and involved in their music on all-levels; when that’s the case, you get great results and memorable first impressions like “Rainshine” and find a project like Thomas Resurrection continues to get better from there.

A lot of that…hmm…feeling that a band gets better or more interesting, or how you start to feel like you ‘get it’ more than you do on a first experience really does come from getting more to the story, which a second cut or more will always start to fill you in on.  Like…I’ll put it this way…somewhere in the description above for “Rainshine,” I mentioned that it was ‘gritty’ at some point…because…well because it is…or…I mean…at least it was?  The moment “Reach” started, I felt like I should correct myself – because this…THIS is gritty…and in all the right ways.  When you hear the throaty vocals of Stéphane start out this cut and how the guitars just dig right into the DIRT on “Reach” to support him – what other conclusion could you draw to other than just how killer this is?  There’s a lot of like…man…it’s just the straight-up raw punch and power of the music on this cut that just continually gets me amped UP!  The balance here is freakin’ BEASTLY – you’ve got seriously stylistically cool & gripping vocals in the verse that have character & charisma for miles, and the chorus executes confidently on the hooks he’s written with an added beef & strength in the sound & surrounding atmosphere.  I’ll say this…ultimately, “Rainshine” is probably a more accessible tune overall perhaps…maybe…it’s honestly hard to say; what I think has me leaning towards that as having a broader audience is that the vocals on “Reach” come out with more identity…the audible point out there on the internet that separates those looking for alternative music versus alternative music made specifically by Thomas Resurrection, you feel me?  For myself personally, I lean way more towards a song like “Reach” because of that fact…because you get a more established & identifiable sound that you can pin directly to Thomas Resurrection; it’s a cut like this that makes an impact strong enough to be able to pick this band out of a lineup in the future and know that the sound you’re hearing belongs to it.  “Reach” is moody as all-hell and has such impressive attitude in the music & vocals that it’s damn tough to explain… Stéphane really creates an experience – that’s probably the best way I can put it.  A song like this does a ton to reveal just how focused, bold, and committed he is when it comes to his performance and ideas.  Like I have zero doubt about the fact that he KNOWS he’s going against the grain in so many ways here for what would be ‘easy’ for the people to like and dirtying this cut up until it’s nearly six feet underground – but I have to assume that’s a conscious choice and in my opinion, the right call to make when it comes to music and art.  If you’ve got a vision for what a song or idea can be like, give everything you’ve got to it like Stéphane is here and throw yourself right into the moment…it might become more niche in the process, but the people that DO ‘get it’ and dig the results will continue to turn tracks like “Reach” up for years & years to follow.

Hopefully, at least four years!  Again, that’s roughly how long it’s been in between “Rainshine” & “Reach” to the release of the brand-new Thomas Resurrection single called “Dirty.”  And as you’d suspect, he’s had a lot of time to reflect on the music made and evolve to that next-level; given that I was already stoked on what I’d heard in the past singles, I felt like there was every reason to be excited about the fact that there was so much time in between releases here…to me that suggests that Stéphane was likely just as stoked, but wanted to find a way to do what he does even better somehow.

Mission accomplished!  He takes his gritty style & sound into a rhythm & groove filled alt-rock cut that’s filled with hooks from beginning to end, flashing equal parts of his own intense approach & accessible sound that’ll appeal to the masses out there as well.  I think that’s a lot of what makes “Dirty” such a great tune and WHY it’s always cool to check out what an artist has done in the past to see how it got them to where they are today.  Because in many ways, it’s like Thomas Resurrection went back to examine a cut like “Rainshine” and why those hooks worked, then went back to “Reach” and examined why it’s important to retain that identity in music – and then just went to town straight rockin’ & groovin’ with confidence in a hybrid combination of these aspects on the latest single “Dirty.”  End result being like…hmmm…almost like a version of Motorhead with a groove-rock approach instead of trying to burn the place down all the time; but you’ll get what I mean, it’s got that…well…I may as well stick with the theme I’ve got goin’ on here – it’s got that grittiness to it that demands & commands your attention.  I also think that you get a bit more of a look at the tight musicianship of Thomas Resurrection on “Dirty” with a couple sections of badass instrumental solo-riffs & breaks surrounding the main verses & choruses – and that when it comes to the music itself, the hooks you’ll find are equally as memorable, powerful, & effective as the ones you’ll hear from the vocals.  Smart breakdown with just the vocals & drums…you’ll love the way the character of the backing vocals supports him here – and of course, it gives him every opportunity to jump back into those wildly addictive riffs to create a killer finale.  There’s a small part of me that almost wonders how Stéphane keeps himself from letting out a full-on rage scream or long growl or something to reveal that he’s just as amped-up by this groove as we are as listeners – but I’ll be damned if this guy doesn’t continue to display a remarkable amount of professional restraint & control of his vision the entire time.  BIG drums contribute massively to the powerful energy that runs rampant through this whole vibe.  No question about whether or not the people will dig this cut though, they certainly will – it’ll either get you dancing, jumping, or straight-up throwing a chair through the window of your momma’s house with enthusiasm & no fear of the consequences…and I mean damn – ain’t that the effect you want from a great single?  I think so!  “Dirty” celebrates what’s fun about Rock while still retaining that essence of what makes Thomas Resurrection so terrifically GRITTY.  Yes…I said it before, multiple times, and I’m sure I’ll say it again in the future – because that’s seriously what this guy is made of – 100% true GRIT from behind the studio boards to right in front of them.  Killer job on the videos & a bold sound I’ll definitely remember – Thomas Resurrection makes an impact on these three tunes & leaves us with an undeniable highlight of its own evolution with “Dirty.”

Find out more about Thomas Resurrection by visiting the official pages below!