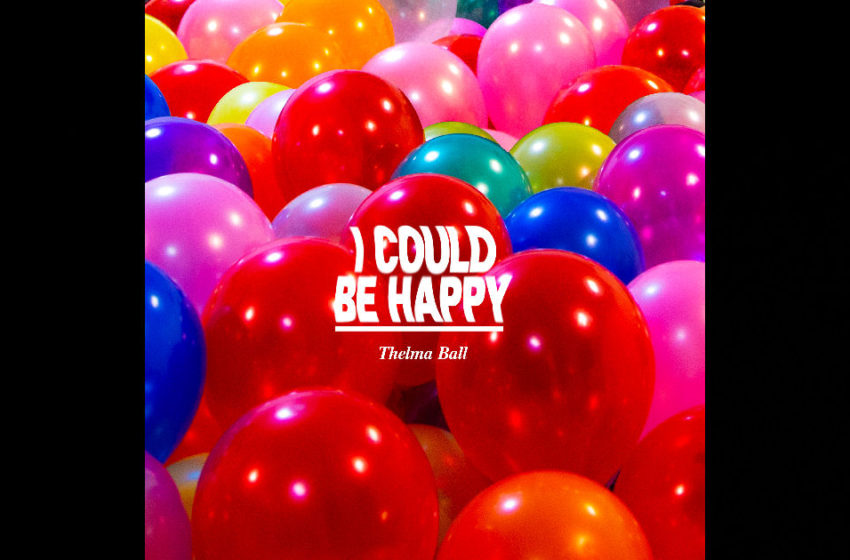 Thelma Ball – “I Could Be Happy” – Single Review

Technically the new Thelma Ball single “I Could Be Happy” came out on February 22nd – but the video supporting this rad track came out officially today, so that’s still plenty reason to pop a cork & celebrate!

And I’ll admit…I’ve had the advantage of watching this video pre-release for about a week now…which, while I was pretty much already seriously addicted to this killer Indie-Rock gem, the video put the whole experience over the top for me.  They played this one extremely smart…the video is expertly directed by Luke Remon and Miguel Casimiro, using a simple formula of having the band in the shots at all times, but we’re talking wildly tight-in on the action like you’re rocking right there with’em.  And when I say the camera’s right in there, I’m not talking about the shiny faces of rockstars owning every inch of the screentime, no – like I said, they played this scenario perfectly by getting in there so perfectly with the filming that you literally see exactly what the lens sees whether it’s an arm or a leg or a guitar or the drummer as the cam whirls around.  If I’m not mistaken, it’s probably what you’d even consider to be a balloon’s eye-view – which ends up being righteously rad to watch the band in action with the movements made by the camera.  Then you add the extra antics in there like the balloon drop & confetti & all-that, and it’s plenty clear that Thelma Ball is more than capable of creating a party wherever they go.

Now…song-wise, I’m pretty much equally happy with this single, if not more so.  I really dig the bendy guitar notes in the verses, the bass in right on-point, and the drums are subtle & chill as “I Could Be Happy” begins…vocals sound pretty good too – I’ve really got no complaints.  Had it stayed this way, maybe I might have – but when these guys start surging towards the chorus with the line “it’s okay, you  drink your milk” and the drums started kickin’ into high-gear, it soon became obvious that Thelma Ball had a whole other plan for this song coming up as the switch began.  By about 1:12-ish, I was just about the happiest man in the world; everything that was going good turned into pure sonic greatness and the chorus of this song just exploded with radiant & edgy melody.  Highly memorable moment in time – the chorus of “I Could Be Happy” delivers the penultimate payload of like, College-Rock awesomeness – it’s fuzzy, it’s fun, it’s an audible freak-out jam that somehow maintains just enough balance between its cool & control that they get the absolute maximum punch out of the hooks and make a genuine impact.  Flawless execution, gripping musicianship & sound, perfect melody and vocals…Thelma Ball takes the entire track up a level & beyond with their stunning execution on the chorus of this cut – and as a result, when you kick back into the bending tones of the verse, you appreciate the dynamics of the loud/quiet combo even more the second time around.  By the time you get to the second run through of the chorus, it’s completely game over – if you’re not hooked by that point, you’re absolutely listening to Thelma Ball with the wrong holes on your body.  The solo on this single completely ROCKS and carries this tune to the end, amping-up the wildness just that much more towards the end and delivering on the full potential that “I Could Be Happy” could become – I really believe you couldn’t ask for more from Thelma Ball than they’re giving you here.  Without question one of my favorite tunes in anything-Rock this year…the hooks of “I Could Be Happy” are freakin’ bulletproof, massively catchy, and a highlight of 2019 early on in the year.  Those of you out there that read these pages on the regular know I’m probably harder on Rock music of any kind more than others…but this completely hits the mark.  It’s part Alternative, part throwback, part Indie, part of a lot of things perhaps, but ALL Thelma Ball at the end of the day.  I’m 100% stoked about this single AND video – these guys clearly bring their A-game.

Find out more about Thelma Ball at the official pages below!

Tags: I Could Be Happy Singles sleepingbagstudios Thelma Ball