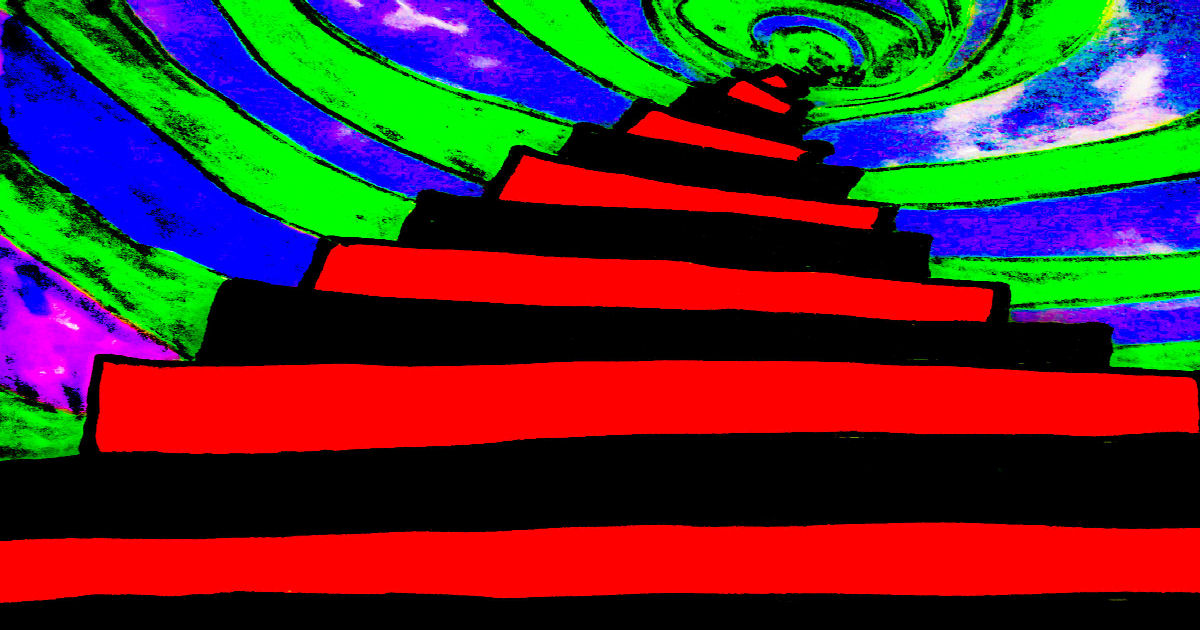 Well now.  This is bloody genius ain’t it?

The masterful mix of mayhem, chaos, melody and musicianship in The Wyatt Act is impossible not to notice on their new single “Push,” – this is the kind of artistic-meets-aggressive tune that Mike Patton himself would have been proud to be a part of or written for one of his million bands.  Much like Patton’s crazy projects that “Push” the limits of sound and the threshold of what we know music to BE, The Wyatt Act out of San Francisco are taking the extreme route to wherever it is they wanna go.  Believe me when I say – they WILL have options; not only does the uniqueness & creativity of their sound have its own dedicated audience out there awaiting something bold & new like this, but the level of talent and execution here tells my ears that, even as strange as they are, they’ll be sought after when it comes time for the festivals, tours and offbeat clubs around town.  I’d keep my phone on if I was in The Wyatt Act right now…because if there’s one thing that we can all agree on, I’m sure that it’s when you hear a band go all-out like this and seriously commit to their ideas, the results come out astounding.

Do I expect everyone out there to like “Push” by The Wyatt Act?  Fuck no!  But neither would they.  A band smart enough to make music that pushes the envelope this hard on what people can accept is always going to run into obstacles and opposition – but it’s also bands like this that realize that by testing out those limitations, real breakthroughs can be achieved.  Art can be made.  That’s what this is.  Like all great art, The Wyatt Act is completely polarizing, which absolutely works in their favor; love’em or hate’em, doesn’t matter – people WILL talk about this band and they’ll NEVER be indifferent.  And that’s important when you’re making music…both sides of that coin will help you grow & evolve.  Besides that…when you’re in an extreme project or band like The Wyatt Act, it actually becomes incredibly easy to discern who it is that actually has a valid opinion on what’s happening in their music and someone that would try to give them advice when they know that person only listens to Top-40 BS.  Criticism is always easy to take from assholes & idiots that have no idea what they’re actually talking about…that’s assuming that they DO get some, which most every band in the world out there does.

But I pose to you this: What would you criticize?  Seriously.  Have a listen to “Push,” and write down your objections…and then I’ll tell you where you can stuff them.  The world NEEDS more bands like The Wyatt Act – innovation and inventive music like this doesn’t just come along every day, that’s a fact.

They call it ‘SlamRock,’ that’s how The Wyatt Act describes their sound.  The description that came with the music went on to read:  “SlamRock is a philosophy, a lifestyle, an attitude, a swagger. SlamRock is a reaction to a society of detached, automatic, alienated, civilized play-acts. SlamRock values process over product and interaction over isolation.”  I mean, I can’t say it any better than that, so I figured I should share it with ya.  “YAY, another genre to memorize!” …said no music-reviewer, ever!

Seriously though, whatever they want to call it is cool with me.  “Push” is like punk-meets-poetry, but with way cooler instruments involved in the mix.  You get blasted with wicked trumpets (Karissa) & saxophone (Breakfast…which is…yes…the name listed…) in this single and the ideas, tones and execution from the guitar (Seth) are off-the-charts amazing as well.  The drums (Jason) are nailed – and when you listen to the complex structure and clever movement of “Push,” you’ll know it was no easy task to achieve such a reliable beat…Jason is clearly a machine or at least only part humanoid.  And to put the real icing on this cake, the vocals & bass from lead-singer Guinevere Q grip & rip the entire time.  She’s INTENSE man…and she sounds pissed!  At who…I’m not entirely sure…some assclown that tried to take her guitar at a party and then push her down the stairs.  She doesn’t mince her words and I love that.  She’s got edge, power and precision in her tone…and she’s direct AF with what she’s saying through the experience that runs through the narrative on “Push.”  She don’t make threats – she makes promises people, you feel me?  I’m pretty sure that if there’s anything left of this dude out there somewhere, he likely crosses the street now when he sees Guinevere coming towards him.  You get into the lyrics and it confirms what you’d think…he was a drunken idiot; he’d have to be at the very least a basic fool to even attempt coming at Guinevere – I’m sure she could reduce someone to pissing their pants from being scared of her if she even raised her voice to half the volume she’s capable of if you ticked her off.  So don’t.  She don’t need that shit!  And what the hell are fuckers out there trying to steal guitars from kickass people for anyhow?  Their uppance will come…songs like “Push,” are proof of that.  No one’s getting away with any bullshit on The Wyatt Act’s watch, clearly.  This song is the ultimate in putting someone out there on blast, as they say.

Again…ain’t nothing to advise them on here…The Wyatt Act might fool you with their wild & chaotic sound into thinking they’re reckless with their music…I can assure you, they’re not.  The stunning level of imagination, intensity and commitment to the ideas and execution of “Push” is freakin’ TANTALIZING.  That’s right, I said it.  But my brain CRAVES sounds like these that are completely non-conformist and could give two-shits about whatever ‘rules’ there might be in making music…I understand that’s not for everyone, I get that.  Again, The Wyatt Act do too…we’re not telling them anything new in saying that.  What’s going to convince most people that are outside of the genre of ‘SlamRock’ or unfamiliar with the extreme, is the unbelievable level of confidence it takes to pursue something so incredibly different – that’s what’s going to set The Wyatt Act apart from the rest.  The skill too…that ain’t gonna hurt’em by any stretch – ALL these players can seriously play, but it’s that commitment to the ideas on “Push” whereby you can HEAR each part is complex and executed with passion, precision and the perfectly bizarre tones they’re looking to create that makes the difference.  It’s what makes something so unreal and strange to so many people out there, become something that genuinely peaks their curiosity & makes them wonder about what the buzz is all about enough to cross over and try something like this out; and for those that are purely looking for something extremely entertaining and like, ACTUALLY new to your ears (you know, not just claiming to be like so many others) – you gotta check The Wyatt Act out.  “Push” is perfectly untamed, unfiltered, unadulterated music that punches you straight in the face with riotous sound in an all-out attack.  The deadly rumble of the bass and wild guitar solos & sounds in the middle of the tune & breakdown are freakin’ immaculate with the horns backing them up.  The vocals have wonderfully expressive moments all the way through this tune, displaying a solid mix of rage in the verse & chorus, with just a hint of beauty & melody floating into the mix in the breakdown at the middle.  It’s all produced and mixed exactly as I know I’d freakin’ want it to sound myself…so I’d have to imagine that The Wyatt Act have gotta be fuckin’ STOKED about how this whole performance came out.

Countless times throughout meeting bands and artists in the studio, the number-one question or hope of ANYONE out there that goes into record is almost always “how do I get my live sound onto a record?”  And in most cases, it’s almost a completely unrealistic request…because most bands don’t bring it the same way to the studio as they do to the stage.  Whatever they’ve done, whatever inspiration they had or whatever they’re putting in the water down there in San Francisco – somehow The Wyatt Act has achieved what’s nearly impossible and really nailed the energy of a live band right in the recording.  I’m impressed by the imagination in the ideas, the execution of the musicianship and the incredible confidence I can hear in this band’s angsty-artistic cut “Push” – and I’d definitely check out more.  Seriously rad band.

Find out more about The Wyatt Act from their official pages at: 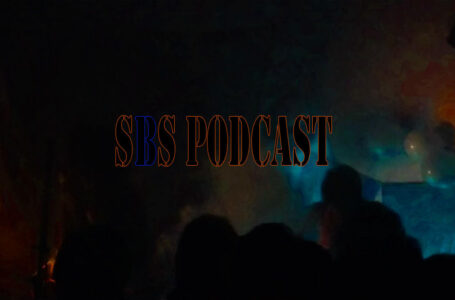 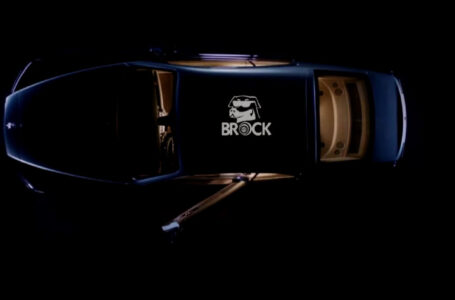