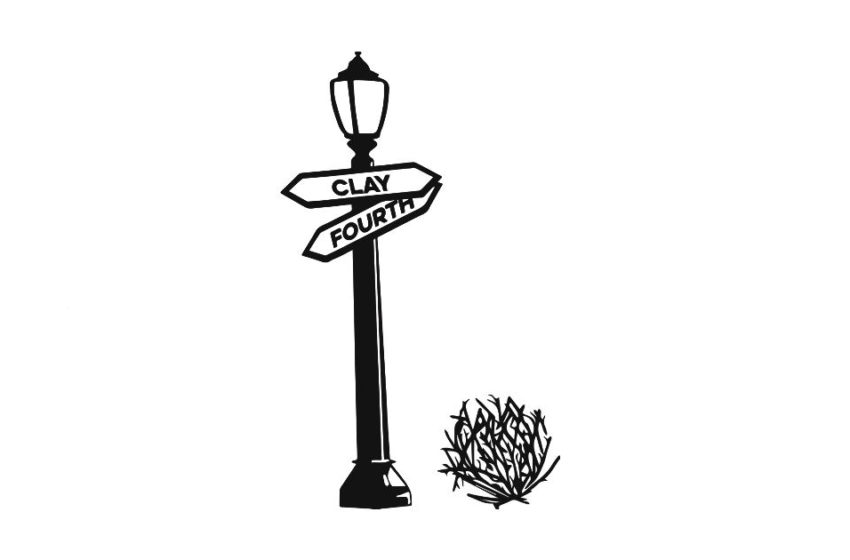 Definitely a few clues you can find as to why The Vics sound so good.  First being of course, if you’ve got ears on your face, you can hear it for yourself – this four-piece out of Cali (the other Cali…the one in Pennsylvania…and for the purposes of this review, OBVIOUSLY the #1 Cali) can certainly write a decent tune, no doubt about that.  Secondly, if you read their bio, you’ll discover that three of the members are Commerical Music Tech majors at CalU…and then like, one other dude joins in I suppose just to make sure that they’ve got an even card game going on between the four of them when they’re out on the road.  You kidding me?  Let’s be real here…having credentials is definitely an impressive thing – but I’m actually way more interested in the one dude out of four in this band that somehow earned his stripes with these three other dudes and way into The Vics with what I’d assume is still a similar level of skill, knowledge, & capability, but his own natural instincts & raw talent!  Facts are facts…I don’t know which one is which or who is who between Bobby, Ben, Dominic, and Henri…so I couldn’t tell ya which of the three are Commercial Music Tech majors and who the other guy is – but my ears can tell you that there ain’t any weak points in The Vics when it comes to their writing, performances, or execution.  They very much sound like a complete unit and move as such when they play these two new singles – The Vics are focused, tight, highly-skilled and certainly capable…and they offer something different for the ol’ ears.

They released their debut EP Sparrow in 2016, followed that up with their self-titled full album the next year in 2017 – and if I’m not mistaken here…I believe these two singles, “Fourth And Clay” and “Proud” would be the next in their timeline.  I dig’em both – they’re entirely well-crafted & well-played tunes.  The attention to detail and efforts made by The Vics will definitely not go unnoticed – you can hear from how spotless these two tracks came out, they leave no stone unturned when it comes to making music.

Like, listen to the way that “Fourth And Clay” starts out for example…interesting vocal samples that pull us in, smart guitars & bass come in to support, the drums after that, vocals just around the corner…it’s a single laid out in stages musically, becoming more enticing & stylistic in sound as the entire idea comes together.  Nearing the forty-second mark, when you get the swagger of the vocals added into the mix and the storyline narrative that runs throughout the lyrics, The Vics have got all the pieces they need in play & are humming along like a well-oiled music-machine.  The guitar solo is rad…love the tones found there & wish we could have gotten a bit more of it – but, I suspect that…actually I highly expect that a band like The Vics would really expand moments like that live and let their musicianship stand-out the way that it should.  I understand the confines of creating music with airplay in mind…at just over the 3:30 mark, both of these tunes have that time-stamp that indicates it’s likely been considered; and in those cases, you only get so much space…solos stay tight like this and entertaining, and as a natural byproduct of recording & writing like this, it actually gives a band or artist a ton of room to take their stage shows to the next-level.  For what it’s worth, I think you can hear right from the get-go on “Fourth And Clay” that The Vics have got the chops to make that magic happen, whether recorded or live – you give this crew the space and believe me, I’d be willing to bet they’ll entertain ya from beginning to end.  I think when it comes to “Fourth And Clay,” the main factors to consider in this tunes success come down to the impressive lead vocals, the perfection & placement of the backing vocals, and the vibrant lead-guitar tones that accent the vibe & add major personality into this tune at every opportunity.  The only thing I can hear that both “Fourth And Clay” and “Proud” have to battle is the whole mid-tempo thing…don’t get me wrong, they play it like they OWN it when it comes to their execution, it’s just a notoriously tougher timing to draw the people in with or get’em super-excited about.  Admittedly, there’s a laidback thread that runs through the energy of these two tunes from The Vics that probably stops me from getting up off my duff to stand up & cheer perhaps – but from the perspective of song-writing, performance, and again, all-around execution – they’ve got a standing ovation from me on the inside.  Personally, I find these cuts just as mentally stimulating as I do entertaining to listen to…I love the lyricism in The Vics and think they’ve got a supreme amount of style in their music to go with it.  While a track like “Fourth And Clay” might not be as pumped-up and over-the-top as a single can tend to be in the fight for attention out there, it makes up for it with actual substance; it’s the kind of song you’ll absolutely want to revisit and listen to again & again for the music, vocals, lyrics…all the ingredients.

And largely, I feel the same way about “Proud” for the most part when it comes to the comments I’ve made on “Fourth And Clay” – it’s nearly all the same things that stand-out for all the right reasons on both exceptional tunes.  Being a melody-guy, I’m probably slightly more partial to this second tune, but we’re practically splitting hairs when it comes right down to it; they’ve really written two great songs.  In terms of accessibility with the masses, I’d say to go with “Fourth And Clay” – I think it’s got just a bit of an edge when it comes to the movement & catchy appeal of the sound, whereas a tune like “Proud” seems to go in a deeper direction, dialing back the energy just a little more to the slower-side of mid-tempo.  As their experience & education would imply – The Vics literally & audibly SOUND amazing on both songs with top-shelf production and precision in the way they perform…like the mix between them on a song like “Proud” is so incredibly well done that you can’t help but hear it.  The clarity that exists, the smart use of space…it’s all the result of a confident band that knows what makes them special is the combination created between them, more-so than any one individual from The Vics.  Essentially, they’re all clearly talented players, but they’re also extremely smart – they’re making the best choices throughout the structure of their songwriting to serve the song best when it comes time to play it; no one needs to take the spotlight when you can’t take the spotlight off the entire band as one, ya feel me?  Definitely no complaints from me when it comes to The Vics…I think you get a lot of personality on “Fourth And Clay” and a lot of sincerity & emotion in the melody you’ll discover on “Proud” through its tale of life, love, and leaving.  Notice the imagery in the lyrics and the details you’ll find…because as much as I like both of these tunes, that might end up being the most defining aspect of The Vics and their music…extremely exceptional stuff happening in the words in this band and not at all typical or like much of what you’d find out there right now in the scene when it comes to how they’re written.  Combined with the interesting textures and spectacular tones The Vics include, no matter what speed or tempo they’re moving in, the results come out genuinely captivating & straight-up engaging…your ears will want to listen to this band and what they’ve got goin’ on…and they’ll certainly want more of it.

Be sure to find out more about The Vics by visiting them at Facebook here:  https://www.facebook.com/TheVics