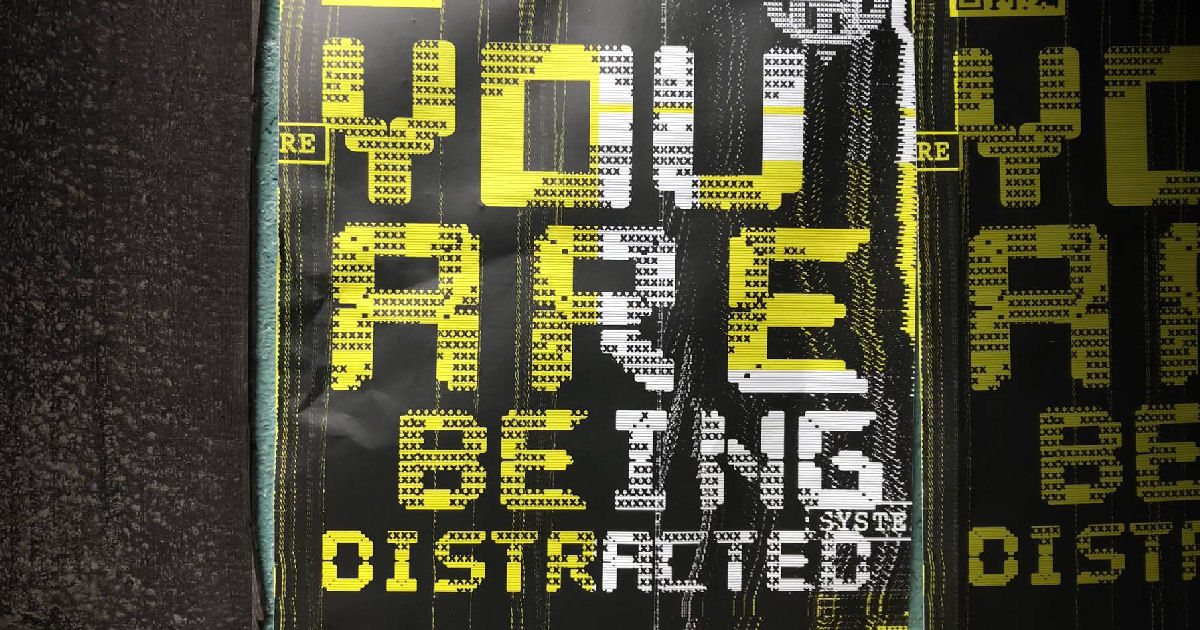 What better way to spice up your speakers could there be other than a genuine sonic odyssey & audible adventure in sound?  The Surgery is here to supply ya with everything your ears could want – music with exploratory, innovative, and highly imaginative ideas that push straight into the outer-limits & beyond in search of new audio awesomeness – you KNOW you’ve got time for that…so push play, and dig on this.

Here’s what I’ll tell ya straight-up…and it might also be perhaps the biggest complement you can pay to a track of this magnitude – for a song that’s ten minutes-plus long, “Lost In Space” absolutely flies by.  Credit to the man behind the music, J. Shoesmith, who writes & produces for The Surgery along with self-professed ‘sample-junkie’ Ali Hall – because it’s all about structure, sound, and smooth transitions when it comes to this epic Ambient/Electro tune, and quite honestly these dudes have got this all mixed into a truly beautiful & mystifying perfection.  Creating a seriously impressive journey in music that combines texture & sound you can practically reach out & touch; the colorful contributions & different elements you’ll hear pop up throughout “Lost In Space” make this single continually engaging and entirely interesting.  There is so much still to be explored; both in space AND in music…and I mean, like, obviously a whole lot of other stuff as well too – BUT c’mon…I’m trying to craft a narrative here…that’s what us writers do…so let’s just stick with those first two subjects before I contemplate the universe.

With the majority of this cut extremely chilled-out, The Surgery reminds me a lot of Lemon Jelly crossed with something like Boards Of Canada…there’s a similar penchant to roam through a wild variety of sounds & all designed to peak your curiosity or get you turning the volume up as it builds, transforms, and transitions into something all-new along the way.  You get that more uplifting feeling from “Lost In Space” akin to something like Lemon Jelly, but you also get that extraordinary emotion & connection you can feel to the experiences you’d have with something like Boards Of Canada…and these two styles definitely seems to be a great mix when combined together.  Not that this crew from Manchester is borrowing for any one or two singular playbooks out there – and I’m sure dedicated fans within the Electro/Ambient circuit would have a ton of different comparisons…either way, all I’m trying to say is, the end result is the same – what you hear is unique to The Surgery with the hybrid sound they create.  It’s atmospheric, it’s mystifying – “Lost In Space” is built on an entire structure & smorgasbord of sound that is designed to pique your interest and pull you right in like they’ve invented musical-gravity.  Your mind, body, and soul want to go along for this adventure, wherever it may lead you…that’s how welcoming the sound is, but also how comforting its oddness is at the same time.  Despite the ominous low-end swell, or the mysterious vibes floating through the atmosphere surrounding you as the song plays, or that feeling like you’ve been cut adrift right there as you’re listening to be suddenly “Lost In Space” & sound forever…something about the way The Surgery has crafted this song also gives it a warm, glowing aura of confidence, stability, and puts out a vibe that tells your ears it’s all gonna be OK.  Things might get hauntingly melodic, straight-up spaced-out, or subtly-intense as you listen to “Lost In Space” – but you get the sense quickly that these precision Electro-Ambient experts will land you safely back on the launch pad & have you ready for the next mission without a single thing out of their control.  Ultimately, I suppose that’s what it really comes down to – the assembly, structure, and use of space on this single…The Surgery is confident in every sound & beat you’ll hear – and you can hear that assuredness in the way they’ve got this ten-minute cut so smartly designed to give you just the right amount of everything your ears could need & want as “Lost In Space” plays to keep you fully engaged.

Everything your ears will hear will confirm just how much impressive attention to detail has gone into the exceptional mix of sounds on “Lost In Space” – that’s a given…we’re all gonna come to that same conclusion for sure, it really only takes a single listen to come to that assessment.  That being said – if you look at the date on the original posting of this song at YouTube, you’ll find that it traces back to 2017 – which begs the question, why now?

To which I ask ya in return – why NOT now?  First & foremost, believe me, if you’ve got yourself a fantastic ten-minute-plus voyage in sound like this single from The Surgery is, then in my opinion, you’ve earned the right to continue promoting it however ya wanna for the next decade.  Never a bad time to promote your music anyhow – and the amount of effort involved certainly warrants an extra push or two out there into the online realm over the years to follow after its initial release, so here we are, in 2019 now, and “Lost In Space” is about to take another trip around the sun.  In behind the scenes…probably at this VERY MOMENT…if you cup your ear to the wind and listen closely, you can likely even hear The Surgery splicing together a KILLER video to give this single the support it deserves.  Sound-wise, there’s less than zero concerns here…The Surgery are in full control, confident, and more than capable of delivering an audio experience that truly makes an impact on ya – but from the looks of this trailer for the new video below, you can see things are about to go to the next-level all-around.  Much like I’d imagine was the case for the song – the effort is clearly being put in just as much to create a completely high-quality & unique visual experience – if you look at the date on the sample video at the official posting at YouTube, you’ll discover it’s been worked on since at the very least, before it went online in February of 2018.  We’re another year in now…that means another full year of dedicated work on the video for “Lost In Space” and the promise of a whole new frontier for a spectacular song that deserves to have every opportunity for the people out there to check it out.  Videos always help with that these days…especially when they’re done right…and I have a feeling The Surgery is all about making sure quality, precision, and professionalism reign supreme no matter what medium you’ll find them in.

Find out more about The Surgery at their official homepage at:  http://www.thesurgeryband.com