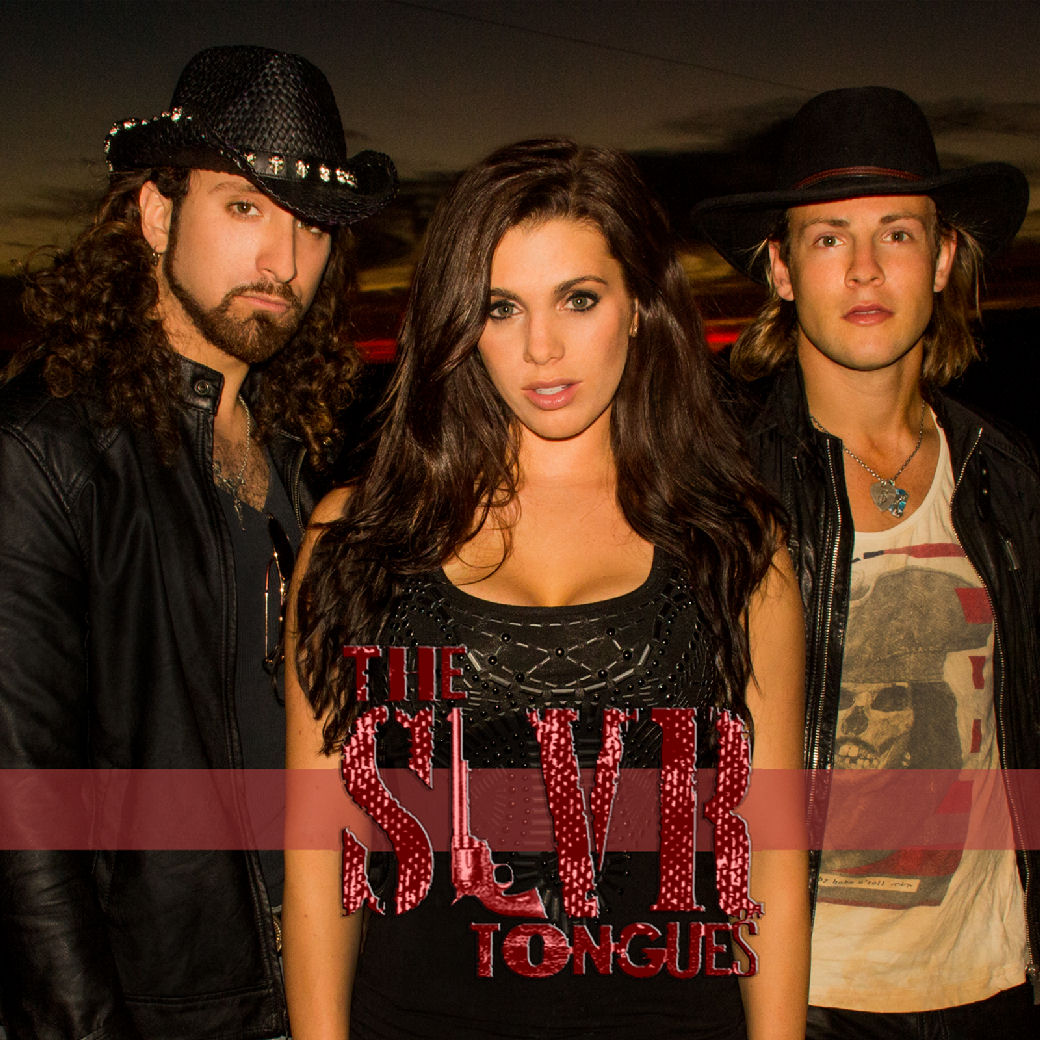 Regardless of my own personal feelings towards Country-music, I can certainly still recognize a strong song in the genre when I hear one – and The SLVR Tongues have themselves a boot-stomping monster of a hit on their hands with their new single “Johnny Cash.”  Stocked full of rhythm & groove, this track could just as easily be referred to as Americana-Rock as it would be Country-music – and with a solid infusion of like…subtle-funk in there as well…I swear, you can hear it if you’re listening!  Regardless of which genre, style or sound you think The SLVR Tongues belong to – you’ll hear the same thing I am for sure when it comes to “Johnny Cash” – this is the kind of anthem that has the potential to bring the whole stadium to their feet to stomp & sing along.

The incorporation of different styles & sounds blended into this single work for their advantage and definitely add to a more accessible atmosphere that has large crossover potential.  The dedicated readers out there know I do my absolute BEST to resist Country-music…but there’s no denying the power of a song like this and its innate ability to work itself inside of you.  You feel an anthem like this right inside your very core…it IS the kind of song whereby whether or not you’re a Country-music fan, you’ll still hear this and feel the energy radiating from it no matter who you are or what you listen to.

Because of that range of sound from Rock to Country in the music and melody of “Johnny Cash,” the roots of the influence were a lot harder to pin down.  It took me almost ten-spins or so until it finally dawned on me what the rhythm of the verse reminded me of, which ended up being a comparison to a Country-fied version of Aerosmith’s “Rag Doll” at a slightly different tempo and of course, all-new sound.  It has that same swing & swagger through the lyrics; I thought the trading-off vocals between the male & female leads was great on “Johnny Cash” and both put in a high-caliber, high-energy performance that completely hits the mark.  It would be pretty tough to call The SLVR Tongues anything other than completely ready for the mainstream based on what you’ll hear in the enormity of their new single “Johnny Cash.”

All comparisons to “Rag Doll” would end at the verse as The SLVR Tongues rampage Country-style into the electrified & huge chorus of “Johnny Cash.”  Smartly using a rhythmic set of repeating lines to make the lyrics of the chorus simplified, respectful and chant-able all at the same time is something I think will really pull the entire crowd of people listening right into this song.  While the lyrics are lessened, the music rises up to the occasion around them in a chorus that has everything going for it in order to establish that impact in your ears and make them memorable.  “Johnny Cash” certainly has a modern-day country edge to it…but I never felt like they crossed over too hard into anything too Pop in its sound that it would weaken the pure-Country vibe this song has running through it.

They definitely prove themselves to be worthy musicians with solid instrumentation and perfect production leading the way for the powerful voices on the microphones singing.  “Johnny Cash” could certainly fill the need you have for a big summer anthem if you’re still looking for one here in the late stages of the season.

And put quite simply…to sum it all up and make sure I’ve been clear here…this is a damn good tune that provides maximum entertainment – one I definitely enjoyed myself and one that points to a very bright, very shiny, very BIG future for this County-music crew.  It’s a rock-solid stomper with plenty of hooks and completely committed performances – and a great tune is a great tune…so whether you’re a Country-music fan or not, put this on and turn this up…it might just be the song to surprise you.