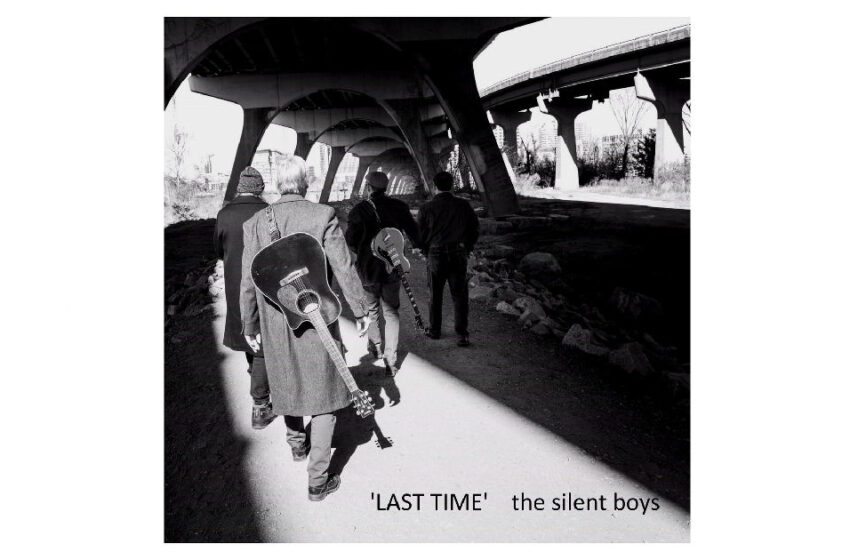 Dire Straits, The National, The LA’s…and a glorious hint of early R.E.M. – to me, that’s the immediate impression that the new single by The Silent Boys sounded like a combination of somehow.  I could get even more specific if ya like, and pinpoint the vocals of Wallace Dietz as a real comparison to the singer for Fury In The Slaughterhouse as well…with almost a hint of Roy Orbinson in there & a sprinkle of Stipe too, but it’s mainly Kai-Uwe Wingenfelder that Dietz reminds me of tone-wise.  Incidentally…fun fact for ya – what seems like it might be a random comparison that comes straight outta the blue might not be so far off the mark at all – for just like The Silent Boys, Fury In The Slaughterhouse have more or less been “willfully obscure since 1986” as well with the exception of a couple minor hits & people like myself that seem to keep finding a way to bring them up somehow year after year.  Anyhow – I suppose the real point you can glean from what I’ve listed in comparison to what I hear on “Last Time” is that The Silent Boys are certainly keeping good company – I love every one of those names I’ve cited here so far.  You’ve got the rhythm section baring that Dire Straits resemblance, The National/R.E.M. between the vocal tones & brilliantly shimmering melodic patterns in the writing, The LA’s for the inherent sweetness in the sound & brightness in the guitar hooks…likely you’ll have some comparisons of your own as well, and chances are they’ll come from a nostalgic reference you pull from a cherished section of timeless tunes you keep.  Y’all know I dig longevity & The Silent Boys have plenty of it with three & a half decades of experience under their belt; you’ll see that the lineup of players has rotated throughout the years and centered around Dietz as it has carried on, but the current musicians that make up its core sound really comfortable in this home they’ve found as part of this band.  They’re a tight unit and they play as such; let’s be real here – you don’t find yourself thirty-five years into a music career without knowing what you want out of a song, out of yourself as a musician, and of course the band surrounding you – to hear the professionalism and flawless performance you’ll find on “Last Time” is no surprise in that regard.  They know their way around their instruments, they know the sound they’re going for, and they’re executing at a high level that reveals no substantial cracks in the armor, or even any kind of imbalance between their own individual skillsets for that matter – The Silent Boys clearly know how to get it done, and get it done right, together.  Love that gentle rumble of the bass as the harmonies & hooks come into play, love the guitars every time they’re riffin’ around in the instrumentation between verses & choruses – all around, it’s a really strong single that represents the roots of the Indie/Alt-Pop/Rock sound spot-on.

While the reality is that “Last Time” isn’t recreating the wheel, what’s equally true is that The Silent Boys don’t need to do that to begin with – they’re building on an established legacy of sound, “willfully obscure,” or not.  In my opinion, the fact that they’re still able to create pure gems like “Last Time” this far on into their career speaks volumes on behalf of just how interested & invested they remain in making music to this very day.  I can also tell ya with certainty that for myself personally, “Last Time” is completely my jam…it’s the kind of cut that’s bound to send me running to the ol’ online cart on May 7th for the upcoming Bandcamp Friday special to support the artists & bands out there, to see what else I might find on the album Tilt-A-Whirl, where this single here comes from.  And if that ain’t the sign of a solid single, I don’t know what else could be!  “Last Time” and its gritty Indie/Pop vibes contain all that magic I was born & raised on myself…a sound that continues to remain powerfully relevant today, and all-around timelessly enjoyable.  From the cleverly contrasting emotions in the poetic lyricism & heartfelt, thought-provoking words on display, expertly sung by Dietz and harmonized surrounding him, to the perfectly played musicianship & mix you’ll find that’s true to the era, style, and sound they’re going for…there’s not a thing I’d change about what I hear on “Last Time.”  What I do hear is every reason to turn it up, and continue doing so.

Find out more about The Silent Boys From their official website at:  https://www.thesilentboys.com