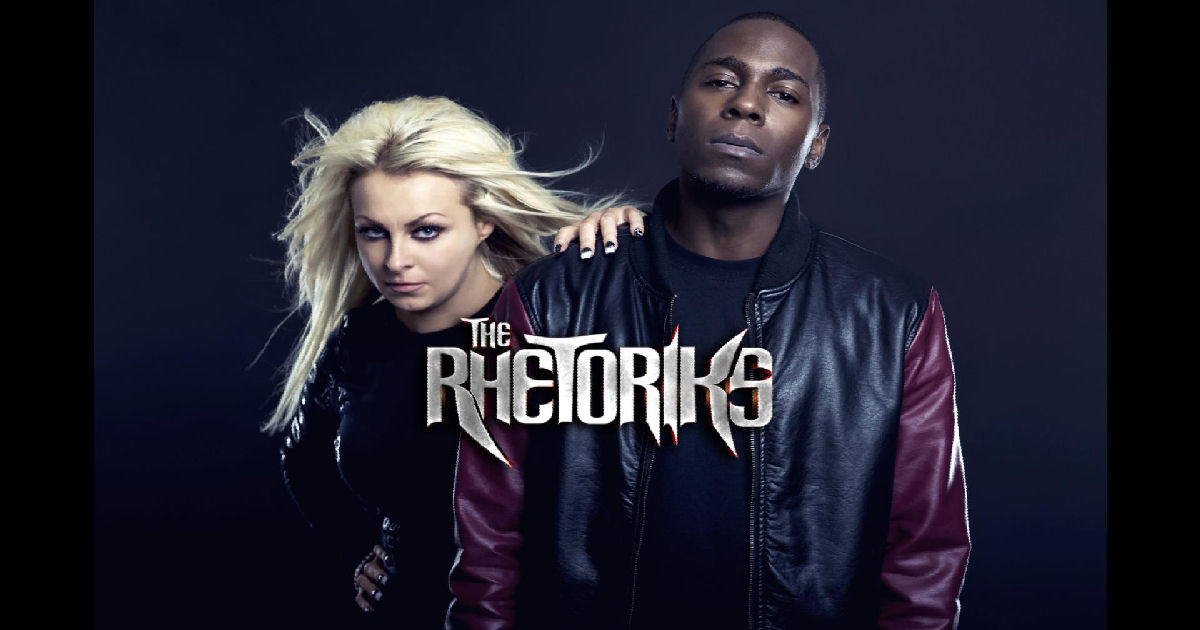 Powerful new single/video from the duo of Elle Mariachi and J.Active, known as The Rhetoriks, with what appears to be an assist from Pantha in this remix of their original song “Unspoken.”  I like what I’m seeing & hearing here…after checking out The Rhetoriks online, social media, this video etc., it definitely seems like they’ve got something with real energy and life in its veins with the direction they’re taking as they continue to innovate their ideas, sound & style.

And there’s nothing like a good remix to spice things up a bit, yes?  Let’s check this new video out.

So there you have it!  Everything fits.  Makes my job easy, we can all just go home now, or watch the visuals for “Unspoken (Pantha Remix Official Video)” all over again, it’s up to you – but we can all agree The Rhetoriks and Pantha have done a stunning job here right?

I’ll fully admit, I was somewhat expecting singer Elle Mariachi to fully steal the show immediately in this song, but I felt like she got gradually better & better as it played, ending on supremely confident, bold tones from a more humble & vulnerable beginning – it was actually the music itself that caught me at first.  Excellent use of electro-percussion and great choices of additional sounds like the piano & synth swirl in the atmosphere as it evolves – I was seriously impressed right away.  Loved the mix, loved the sound.  Then Elle caught my attention with her soaring vocals, then back to the wicked flow of the music, and then of course, later on when rapper J.Active takes on his bars, I noticed his skills as well.  So…if you’re following me here…you gotta admire the fact that “Unspoken (Pantha Remix Official Video)” reveals itself in stages, truly building upon itself and really maximizing each moment along the journey through a structure that’s audibly/visibly designed to lead to a win.  Elle’s voice starts out angelic & sweet in the space of the song’s beginning – but you gotta admit, she becomes that much stronger, bolder and more present the more the music fills in around her.  It’s the excellent mix on this remixed version that really leads her vocals to sound even more empowered and sincere in their tone & sentiment.  I think the same can be said for J.Active’s bars – they’ve got a full-on brand-new energy & fresh-approach to the parts he’s featured on.  The editing and production of this remix from Pantha start to flex undeniable skills during J.Active’s verses, chopping-up & sliding the words around in ways that completely add to the melody-line & enhance the original flow with extra punch/movement in the mix.

To know where a song has ended-up in a remix is to always know where it came from to begin with.  Checking out the original will reveal the smooth & even approach that The Rhetoriks took to “Unspoken” – which by all account, is still a completely satisfying tune.  It really does give you a better appreciation for the care, precision and professionalism that’s been put into the Pantha remix to give it as much movement & new structure as it has…it truly plays like a brand-new second-life for this song.

Even though the new video for the remix removes The Rhetoriks physically from the screen as seen in their original – I think they’ve made an exceptional choice by going with powerful new imagery that follows an emotional storyline.  One that really suits the song and its lyrics in my opinion; onscreen you’ll see the threads of a storyline that tie people together through what appears to be emotion, memory, and shared experience.  They’ve done a great job of not making anything too literal and leaving a lot open to interpretation…but I think a lot can certainly be inferred from what we see onscreen.  The hints and the clues as to what this might all really be about are right there as far as I can see – resulting in an ending that hits home and reveals the weight of the emotions building up between the threads of this storyline right there onscreen.  Editing is flawless, great transitions, beautiful shots & brilliant imagery that’s engaging and put together in a way that continually entertains…it’s definitely not the happiest of videos perhaps, but I think it’s highly thought-provoking and has a ton of scenes that would start discussion.  And that’s what a great video is supposed to be all about isn’t it?  You wanna get the people talking about what they heard & saw…and I think the different theories on what this could ultimately be about could have a surprisingly expansive range that would spark debate.  They’ve given you something for the water-cooler at work…now go!  Discuss!

And there you have it!  For real this time.  I stand by what I said the first time I thought that – everything STILL fits here!  The Rhetoriks have done themselves a complete service here by enlisting Pantha for the “Unspoken (Pantha Remix Official Video)” and allowed both the song AND its video to have an entirely new life apart from the original version.  Art inspires art, as they say…I’d say this stunning collaboration is certainly proof of that…and proof that a great song can still find exciting new ways to evolve.  Excellent stuff, all-around.

Find out more at their official homepage at:  http://www.therhetoriks.com/