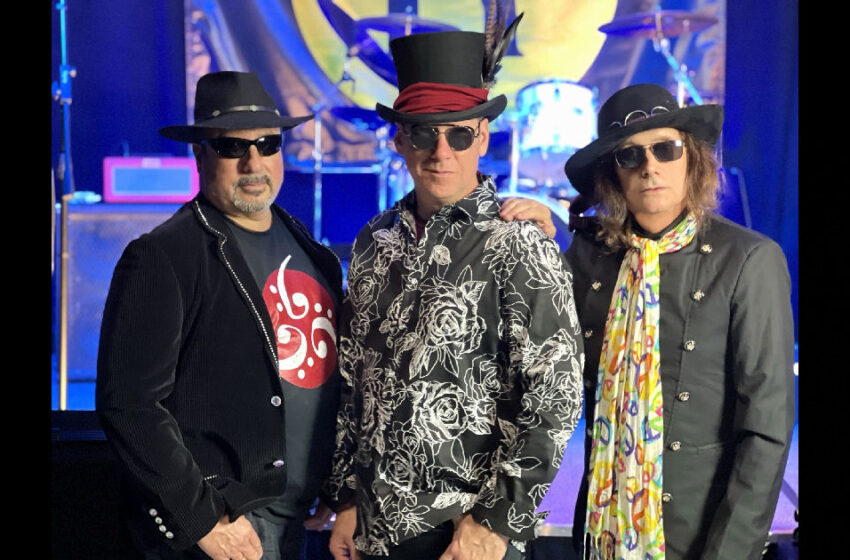 I’ll tell ya this much straight off the drop…any band or artist out there that recognizes the awesomeness of The Animals is aces in my books.  Don’t get me wrong…it’s not like they’re ever forgotten in the real conversations about what makes great Rock & Roll out there, but at the same time, I’ve always felt like they still never got enough credit from the masses for their contributions either, you follow me?  They’re downright essential listening, and an inspiration to millions of artists out there in some way, shape, or form – and you can see the proof of that in action right here with this new cover from The R Train Band.

If you read their social media, they’re a “part of the New Wave of Classic Rock” – and if you read the posting that comes along with the official video supporting their cover of “We Gotta Get Out Of This Place,” you’ll find they’ve been “likened to ‘The New Wave of Hard Rock’” instead.  Six or one half-dozen of the other for many I suppose…but if I can just toss in my two cents as a wordsmith/longstanding music-guy – the first way The R Train Band is labeled is the way to go.  I mean…I’m bringing this up for a reason…”the New Wave of Classic Rock” just SOUNDS good, don’t it?  I can get all kinds of nerdy with the reasons why I love it…it’s a quality slogan & I love the juxtaposition of ‘new’ and ‘classic’ together.  Having said that, I think there’s a tendency for some to shy away from the label of being anything ‘classic’ because no one wants to be perceived as OLD in the music business…but I’m tellin’ ya right here & now, there’s a whole bunch of listeners out there in this world that ARE old & proudly so, and they’ve been genuinely starved for new tunes!  Or at the very least, new versions of the old tunes they once loved long ago, refreshed with some kind of production that can compete with what they hear out there nowadays.  Don’t get it twisted – as an audiophile, I’m all over the old-stuff every bit as much as the new – but for the vast majority of the people out there, better production directly equates to more listening.  It’s no knock on The Animals, they’ve got a killer sound that knocked it straight outta the park, using the tools they had available at the time.  We’ve got more tools now – and while The R Train Band has no problem at all firing up their amplifiers with old-school sound, the production is all at a much more accessible level for the masses out there.  So you see what I’m saying folks?  Embracing that idea of being “part of the New Wave of Classic Rock” is a freakin’ fantastic idea when you’ve got the proof of it all in the pudding.  So dig in…cause The R Train Band seems more than ready to supply ya with plenty.

It sounds Rock solid to me y’all…y’ain’t gonna find me complaining about what The R Train Band brings to “We’ve Gotta Get Out Of This Place” – the most you’ll find me conceding is that it comes with a little more Diamond Dave-era of Van Halen’s flash & flair in the way they play it, but I’ll be damned if it doesn’t also help establish a whole lot of the fun to be had in this cover.  The video looks absolutely stellar and you can visually see this band has no problem whatsoever thriving on stage with personality & Rock-steady chops in abundance.  A lot of what makes a great cover song isn’t always about what you choose, but how & why it’s chosen to begin with…when you find that right cut that hasn’t had its proper due spin in a while, and you know you can bring something to it – it ends up sounding just like this does.  No reason that I can hear that The R Train Band shouldn’t be exceptionally proud of how this all came out in the end – it’s a faithful take on the original for sure, but it also felt like we got a real glimpse into who these guys are, what they want to do with their music, and the clever choices they’re making too.

For what’s been my own personal first introduction into the “New Wave of Classic Rock,” The R Train Band makes an entirely favorable impression & genuine impact by rocking a killer cut from The Animals catalog the right way…no doubt that I’m onboard their bandwagon and ready to ride along with’em.  They’ve clearly got great taste in tunes, they’ve got the skills required to recreate the classics in a way that’ll appeal to the people out there of all ages, a brilliantly well-shot video to support their latest cut, and a whole lot of personality shared between them that’ll carry this band as far as they wanna go with it.  Fingers crossed – originals are great & all, but the right song making a comeback at the right time can be a very significant move in a band’s storyline as far as cover songs go – at the very least, I think The R Train Band is definitely on the right track to carve out a long career built on making the music they most sincerely love.

Hop aboard The R Train at their official website here:  https://thertrain.com

Tags: Singles sleepingbagstudios The R Train Band We Gotta Get Out Of This Place