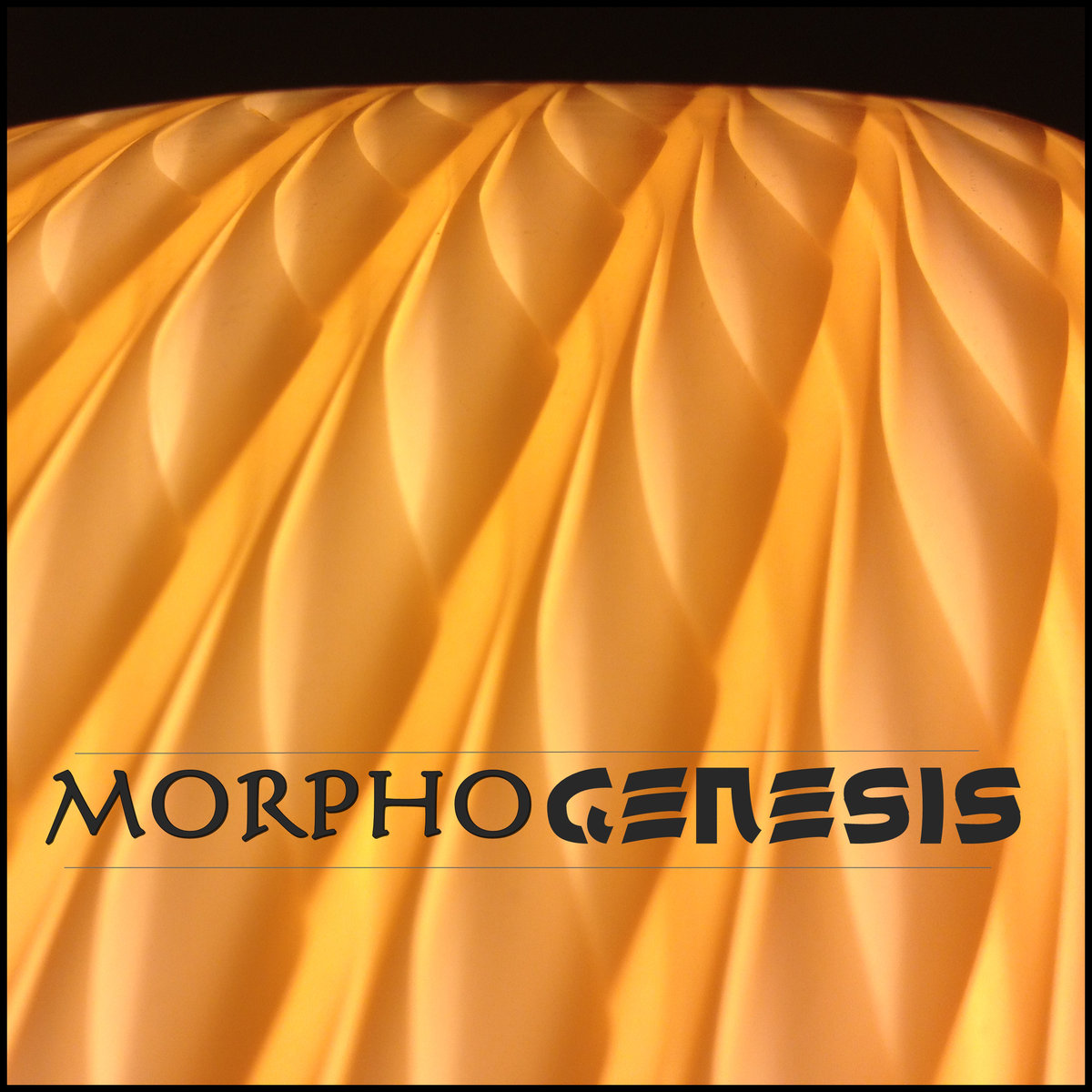 Awesome…this is the kind of stuff the late-night hours are built of! The Phlod-Nar has just set up to release the brand-new album Morphogenesis at the end of January on the 29th…I’m just that lucky kind of music-guy that happens to get the word on stuff a little earlier, that’s all. As far as I know, The Phlod-Nar and I are not related…so it’s just pure luck really when it comes to discovering music early…and especially when it comes to our Canadian-pages all the way from Belgium!

The Phlod-Nar is an intense combination of seriously melodic, seriously dark & seriously ambient styles of soundscapes and atmosphere. Personally I’m a big fan of the ambient/chill-out music-scene…there’s a ton of amazing sounds in there that you simply won’t find anywhere on other records outside of the genre. The Phlod-Nar stays incredibly true to that with the opening track “Apical Meristem” which while for the most part stays as a large-swell that fills the background…the forefront is layered with subtle samples and clever additions that pop-up every so often to make sure your attention is still being paid.

Clearly The Phlod-Nar never runs out of ideas…not only is this one of the first albums we’re reviewing actually existing & fresh as the year 2016 – but this would also technically be the ninth-release as far as I can tell.   Definitely keeping busy…which almost makes the level of detail put into these compositions even more spellbinding. “Cytoplasm” is genius with its wind-sounds meeting bright tones & subtle electro-melodies… I found as much as I enjoyed this one once it reaches its most-full moments…I actually enjoyed “Cytoplasm” even more as it breaks into a startling-dose of crystal-clarity and beautifully-dark notes over its final minute. Awesome ending to this track.

“Psilocybin.” Never heard of it!

Okay…why exactly isn’t there a bearded emoticon with a wry-smile to express how I meant that?

Anyhow…yes…definitely familiar with this…”Psilocybin” thing the title-references. And YES…quite frankly, I’d think this song would make an excellent pairing to go with it! I remember many a time when first discovering Aphex Twin some fifteen-years back just how many times I’d sit and trip out to the sounds he’d make…”Psilocybin” reminds me a lot of his darker-ambient side. Almost like a combination of tracks like “Kladfvgbung Micshk” and “Hy A Scullyas Lyf A Dhagrow” from the Aphex Twin album Drukqs…and in general…any comparison of reference to that dude is bound to raise a few eyebrows of those ‘in the know’ out there – this stuff from The Phlod-Nar is comparable for quality and substance for sure. Listen to “Postassium” and how it shifts the album from the dark, just-enough towards the light; it’s still incredibly-twisted in general…but MAN is this ever a captivating song! The Phlod-Nar admittedly heads towards more ‘traditional’ instruments on this one…electric guitar/bass…but the additional ‘metal-sounds’ and effects turn this entire idea from what might sound somewhat normal on paper to something beyond amazing in the recording.

“Potassium” is one of the strongest and thickest atmospheres on Morphogenesis…the way it builds and envelops us as listeners and then ends in complete silence has a really cool effect on the listening experience. It’s odd…eerily-quiet for a moment…and then it breaks into the sweet-song of nature with birds and choir samples on “(Your Love Was) White As Snow.” Sometimes I dig choral-singing…but not all that often truthfully…this one comes down to personal-taste/preference a little as far as I can tell. I’m not all that sure the choir did anything for the bird-sounds…and also vice-versa; it’s a bizarre choice of pairing these two separate sounds…this is one of those moments where I’d have to admit to being confused as to what The Phlod-Nar might be trying to say through the music on this one. For myself…I didn’t really make the connection between these two main elements and I ended up a bigger fan of the birds than I was of the choir…I’ll put it that way.

Heading back to what works best for The Phlod-Nar…the music heads towards the shadows once again and becomes decidedly darker and even more twisted over its final two tracks. The birds remain towards the beginning of “Spagyric” in a seamless transition from “(Your Love Was) White As Snow” before it heads into the deep & dank of the realm of The Phlod-Nar. Creepy samples take the spotlight as this song turns into a full-on march-of-doom towards the end, sounding like an army of footsteps coming straight at you to put you six-feet under. “Pseudodream” is just as likely to haunt your nightmares with its backwards-sounding mix being about as frightening as ambient music can get. Like I said at the beginning of this review…this is music for the late-night hours. The shifting of frequencies and tones in the darker-than-dark atmosphere of “Pseudodream” will have you convinced that Samara herself might be crawling out of your television and onto the couch beside you.

It’s ambient yes…but it’s not for the faint of heart. Definitely rich substance, texture and atmosphere on this album from The Phlod-Nar…I really dig the darkness in the music on Morphogenesis and the unique & exotic sounds used on this record make for a bold-move in the ambient-genre and a listening experience that is immensely satisfying.

Find out more from the official page: http://www.thephlodnar.com/