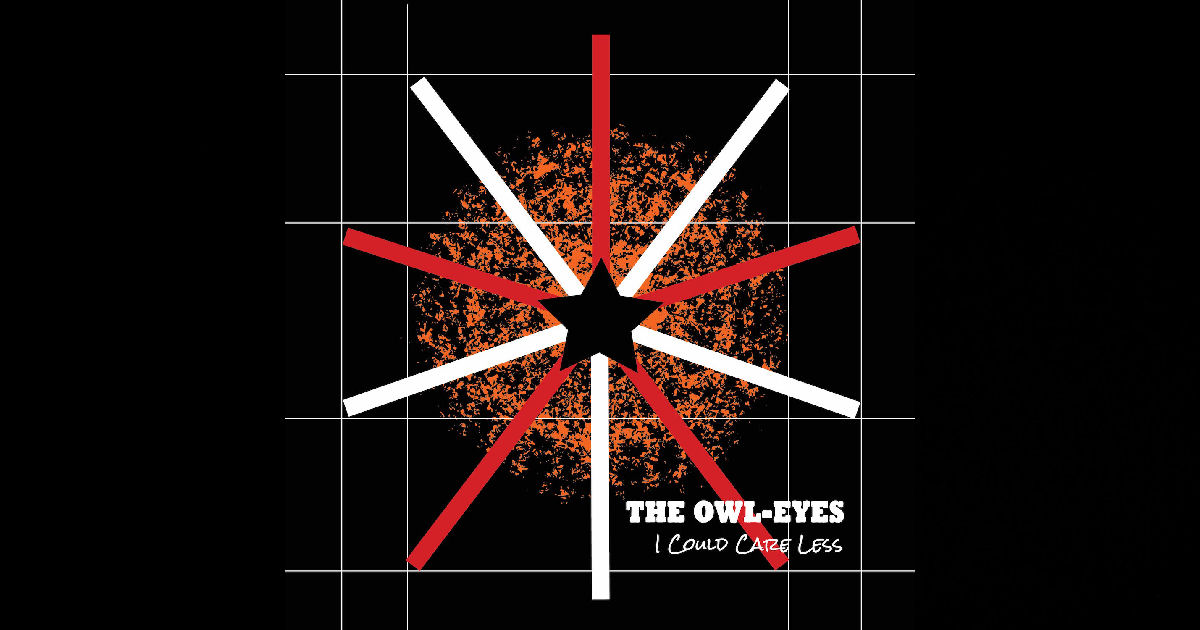 The Owl-Eyes – “I Could Careless” – Single Review

Well…from a wordsmith angle, I’m definitely interested based on the title alone…let’s see if this ends up being grammatically correct after all…could certainly be interpreted that way…

…and there the hooks are.  Nope, wrong spelling in that context.

…wait.  Are they trolling us here?  Is this a true example or just how little The Owl-Eyes care by the fact that they could care less that the title of their single is spelt incorrectly?  Maybe this is next-level genius!

Whatever…I could care less about how they go about spelling “I Could Careless,” it just happened to catch my eye – the song catches my ears and I think we can all agree that’s what’s most important.  This new single packs a MASSIVE punch…a whole blend of awesomeness & energy in a furious combination of alt/grunge/punk…and then like, crossed with “Iron Man” or something else from Black Sabbath.  You can definitely toss in a bit of Queens Of The Stone Age in there as well, evidenced in the killer drumbeats of Peterson and those incredible rich & winding guitar tones that sonically bend so wickedly throughout this cut.  There’s an undeniable stadium-sized grandiose-ness to this track from The Owl-Eyes…and the amount of attitude & personality they’ve packed into this cut should be more than enough to entice anyone in.

As Zahk Peterson storms & stomps-in the beat, Ethan Teel quickly fills in…what looks like every gap surrounding him according to the credits on their social media page…so umm…well done dude!  For real – the guitar chops are badass, the lead tones that sear through the atmosphere are equally cool, the bass is spot-on and strengthens this tune mightily…and those vocals bro…are KILLER.  “I Could Careless” is a warning shot across the bow of humanity and possesses deeply scathing political commentary…but goddamn is it FUN too!  And like, if you’re looking for melody as well this song’s got everything you want…you could actually sing along with this single if you wanted to…and I’m pretty confident that you will.  “I Could Careless” really grips onto ya and never lets go – the more you turn this track up the more every moment is worth its weight in gold; the more you get to hear the cleverness in the lyrics, both up front in the lead and the essential comments being made throughout the background.

I certainly enjoy a rad cut like this that’s this wildly committed and political…and of course if you happen to lineup with the ideals The Owl-Eyes are sarcastically commenting on, you’ll probably get that much more out of this tune and want to turn it up that much more as well.  Welcome to the world through the eyes of #45…without mentioning him specifically by name, I’m sure you’ll get what this song is all about from the imagery in the lyrics and brilliantly insightful social commentary that Ethan’s put in here – these words he’s got here are all-killer no-filler and an absolutely savage burn on a guy that sincerely deserves it.  But kudos & credit to The Owl-Eyes…the heart of the lyricism in “I Could Careless” is a sarcastic crack right over the ass of the almighty Orange One – and if we all got out and shitkicked #45’s tires collectively a bit more, maybe we can keep shifting the planet back in the direction we need to.  So salute to these two badasses of musical badassery…the world needs more of The Owl-Eyes right now and they’re hitting the mark just about as hard as you possibly can with this single.

After everything I’ve heard…the attention to detail…the focus…the execution…I have to come to the conclusion that they’ve got this single spelled exactly as they wanted it to be after all…which is one more magnificent detail to appreciate in a song that has left no stone unturned from the lyrics to the music to the production.  Although the cover itself looks like there’s just enough space in the title to separate those key words…so…I mean, it really is hard to say.  I’m just going from the file name and the notes I’ve been given here people…I don’t just make this stuff up out of thin air.  Regardless!  This is a KILLER cut and played so savagely you’d think their lives depended on this performance – awesomeness all-around.

“I Could Careless” comes from their upcoming record Hallelujah Hysteria…you’re gonna wanna go and check that out if this scorching single is any indication.  Do that here at The Owl-Eyes main website at:  http://theowleyes.com

Tags: I Could Careless Singles sleepingbagstudios The Owl-Eyes