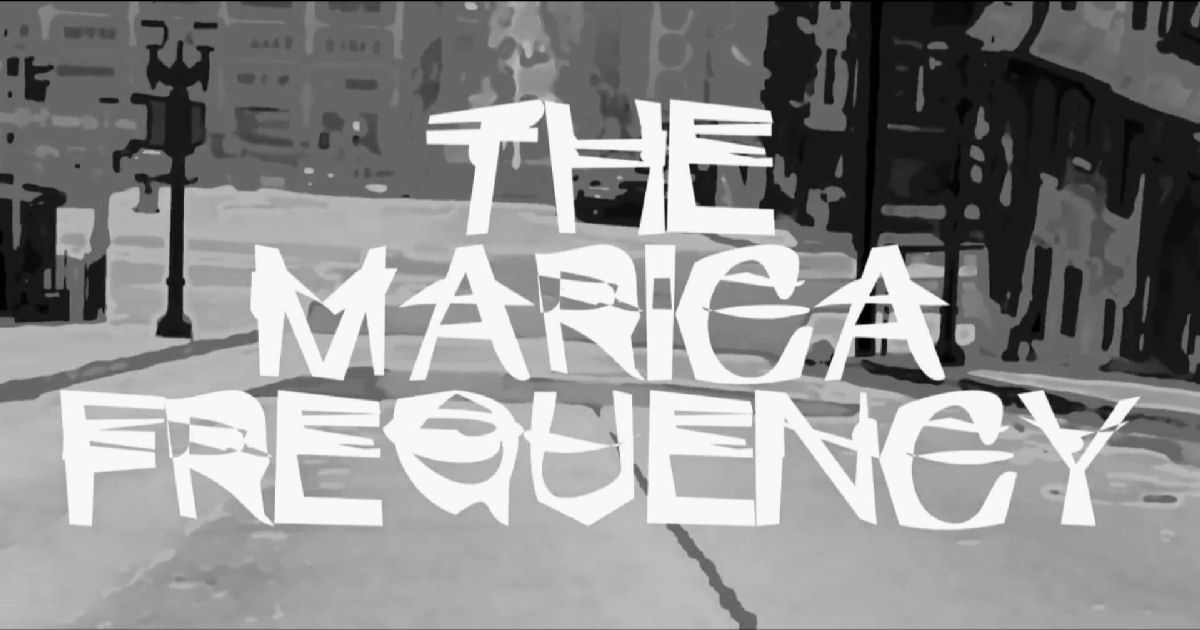 Been a big fan of this band since first hearing them back in…beginning-ish of 2017 I believe…started with a video we posted up for the single “Hallowed Ground” by The Marica Frequency, which was where I formed my first positive opinion of the vibe this band’s got goin’ on.  Wasn’t too long after that, they returned to the pages only days later with a second video for their song “That Voice Behind” – and then back into the bunker they went for a while, likely working on brand-new stuff for us all.  As much as I miss you all whenever you go away, as long as you’re coming on back with some brand-new tunes eventually, then absence only makes the heart grow fonder, as they say.  It’s definitely the case when it comes to The Marica Frequency…each time they do pop up I’m reminded quickly of just how much I dig what they do and the genuine perspective that they bring to their own unique & signature sound.

And of course, they’re gonna need that big-time here on a cover of Dylan’s classic “Knockin’ On Heaven’s Door” aren’t they?

Because you see dear readers, dear friends…there are different kinds of cover songs.  There are the kind of tunes we’ve all enjoyed as the original hits they once were…and every so often, maybe every five years or more, you hear someone take that song on and give it a go.  Then there’s a whole different realm of cover songs where the originals that inspired them are SO HUGE that you can pretty much bank on a new version of that tune showing up somewhere online in a new cover daily.  And this is one of those songs, undeniably.  I’ll give you a second or two to catch up here…but go ahead and jog your memory; I put about fifteen seconds worth of time into it and I managed to come up with six versions I could think of…imagine how many I’d come up with in a full minute!  It’s highly likely that you can easily come up with several versions of “Knockin’ On Heaven’s Door” that you can remember hearing as well.

So!  That leads us to the obvious question of course…why take it on at all if so many people have already done it?  Here’s what I can tell you, just from knowing enough about The Marica Frequency’s past music and the way they’ve approached it in the past from such an intelligent, unique, and focused point of view – I don’t honestly think they would have taken on this gigantic single unless they DID know that they could truly bring something to it that would potentially further the journey of this song.  I don’t think they’d cover it if they didn’t feel like they had something in their style that could genuinely add to the original idea or expand it in their own way – I think The Marica Frequency is much smarter than that.

And so before listening, I already had my chips in and had placed my bet on this band to pull out an amazing version of this song…and I like to think they’ve proven this narrative all to be true based on what I ended up hearing.  The Marica Frequency is a band completely built on captivating sounds and melodies that head straight for the heart…to hear the soul-soothing, warm glow of the way their cover of “Knockin’ At Heaven’s Door” began, I was honestly already hooked.  That’s how much I dig this band and could already sense that this version from their perspective was going to hit the mark bang-on – even from the ambient beginning, you can feel the moment hanging in the air and how special it’s all about to be come.  Over a full minute is spent perfectly lost within the atmosphere & vibe they set early – and once the vocals show up, the magic continues to blossom.  Love the sound, love the tone, love the fit, love the delivery…they’ll give you both a female & male lead-vocal inside this version, it starts with Marisa Frantz and her spectacularly stunning & smooth singing leading the way with an enchanting & captivating performance.  She’s got just the right energy, style, & approach to fit this version and completely complement the ethereal atmosphere they’ve created to go with it.  Christopher John Evans is equally spot-on really…I certainly have no complaints there either and I think it was a great idea to feature both singers on this one tune…each add their own dimension & emotional-depth to the song’s lyrics with the way they choose to sing it.  Musically, it’s aces…I’m not sure if that’s a harp they’re using, straight up keyboards, an autoharp maybe…it could be a couple different instruments that create that main melody…but the bottom line is that what you’re hearing is immaculately exquisite, humble, and a completely beautiful sound threaded right into the fabric of The Marica Frequency’s take on this Dylan classic.  And it definitely works.  The subtle electro elements added into the atmosphere as the song progresses was also a solid move…nothing is over the top, it’s all tender, gentle, dreamy, and…somehow sweet?  That might not be the typical association that people make with “Knockin’ On Heaven’s Door” and the lyrics that come with it…but beyond Dylan’s painful observations quite often lies a sweetness – and famously, it’s kind of an aspect of his songwriting that’s always been brought to the surface even more through the cover versions of his material.  Face facts, he’s a dusty dude…great songwriter…still a hard one to really get that intended sweetness across with his crusty & grizzled approach to folk, even at his most sincere.  But a version like this…the way that The Marica Frequency has gone about this…pulls that melody right up for all to behold and the underlying mix of emotions – all of them – that come with it.  So big thumbs-up from me here…I honestly don’t think it’s the easiest thing to do when it comes to the music of Dylan…you gotta start scratching seven-miles below the surface to mine for that melody to begin with – then somehow haul it all out into the light in a way that people can see something new in the reflection…and that’s truly what they’ve done here on this gorgeous version of “Knockin’ On Heaven’s Door.”  The Marica Frequency continues to approach music with genuine artistic perspective in a way that really makes you want to make these moments last forever – I’m highly impressed with just how much I loved this mesmerizing version of Dylan’s original.  It’s already undeniably a timeless tune…but The Marica Frequency might have just made it even more-so.

Find out more about The Marica Frequency at their official homepage at:  https://themaricafrequency.com