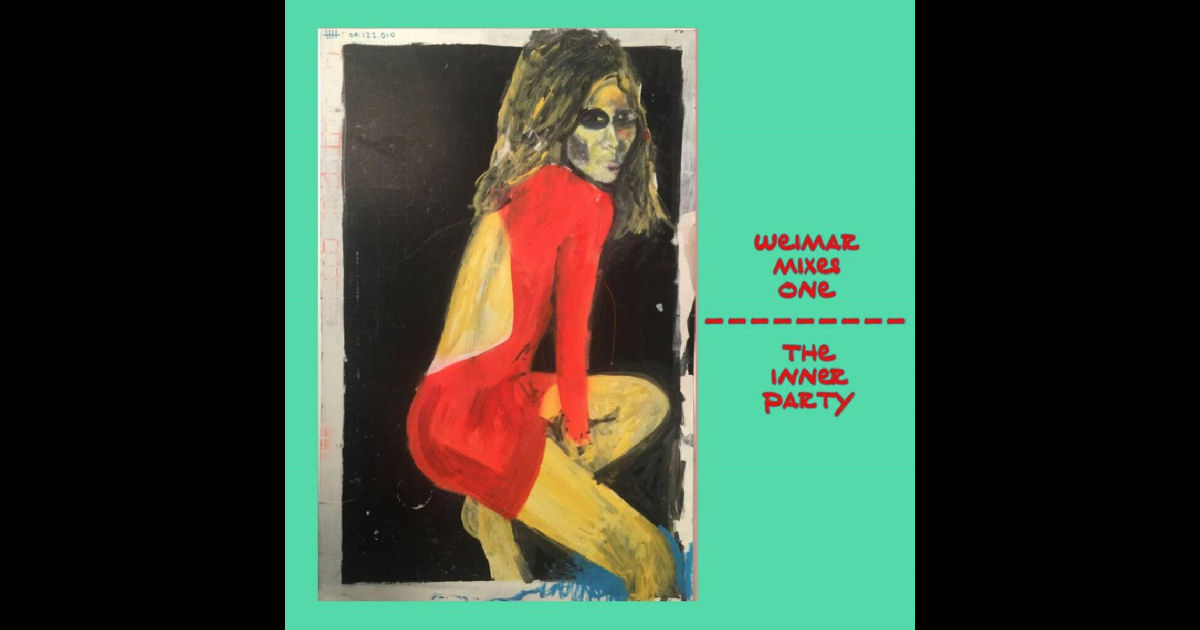 The Inner Party – “Stay Together For The Cats” Feat. Erin Poppy – Single Review

There’s definitely something here…I’m just not sure if I know exactly what that is.  In my defense, it doesn’t quite seem like The Inner Party know what that is yet either…if you look on their social-media pages, you’ll discover a description that reads:  “Space punk?  Post punk?  College rock?  We’re not really good with the genre thing.  Stylistically we’re all over the place.”  So there you have it – their words, not mine – which I suppose would make “Stay Together For The Cats” officially…umm…one of their songs.

For the record, it’s not just The Inner Party and myself struggling to pin down what they are…I’ve scanned a couple comments on attempts to describe what they’re all about or what they sound like and they all seem to be just as out in left-field as any theory I could come up with on my own.  The Inner Party is many things…let’s put it that way…they’re cleverly enigmatic, artistic, and undeniably talented.  Whatever they’re putting in the water over there in Fayetteville, Arkansas, is a drink worth drinkin.’

So here’s where I’m at with this tune.  First of all, love the title.  Don’t know if that’s a subtle dig & twist on the hit-single from Blink 182, but if it is, bonus points for this band.  If it wasn’t intended, they can always claim it was.  Either way, you can’t lose – that’s enticing in the oddest of ways.  I’ll fully admit, when it first came in, the title was cut off – and I honestly DID think I was in for a Blink 182 cover for a second there.  Once I discovered the full title, I laughed out loud, because that’s just freakin’ interesting.  And then once I heard the song, I realized I was on much more solid ground than anything Blink 182 could possibly ever offer my ears.  I dig artistic endeavors like this…there’s a ton of uniqueness here and the music itself is so magnificently gorgeous and well executed that I hardly even know where to begin when it comes to that – it’s perfection.  You can hear Indie, Post Rock, Art-Rock…all these things & more wrapped up in the most quaint, chilled-out rhythm & groove that it’s almost like a weird lullaby.  Bass & guitars are spot-on…amazing textures and atmosphere being put in there when combined with the immaculate melodies from the keys and brilliant contributions from the cello.  At least…I think that’s a cello?  Could be keys there too…you never know…but the point is, LISTEN to the detail in the music will ya?  “Stay Together For The Cats” truly has an amazing vibe that will warmly invite you right into listen.  Oddly mesmerizing, hypnotic, and strangely soul-soothing…ain’t nothing about this typical, & I dig that.  At the heart of it all is a very Mogwai-esque style of song that’s experimental & melodic in all the right ways…smartly composed and straight-up captivating to listen to – you can get lost within this tune.

Especially once the mantra of the title kicks-in at the end.  At that point if you weren’t on your fiftieth listen already lost in the swirl of amazing sound that forms “Stay Together For The Cats” – that hypnotic approach to the final lyrics that this song has will send you drifting into your own headspace.  Say goodbye to the world around ya and take a trip with The Inner Party…cause they’ll take you on one with this single, believe it.

As far as the featured guest is concerned, Erin Poppy does a noteworthy job of bringing an added layer of awesomeness to this song.  Ain’t gonna lie, I’m not in love with every inch of the lyrics or where she’s sittin’ in the mix overall – BUT – I think as far as her performance is concerned, there’s not a single issue.  She brings style and a gentle sway to the cadence of the melody and sings with bold confident tones that are right where they need to be – you can’t ask for much more than that at the end of the day as a listener.  Lyrically, some of the imagery is beyond fantastic and a lot of the words possess that intangible indie-style magic that can describe emotions, thoughts, and feelings so innocently & honestly.  There’s a few spots where maybe a bit more variation might have benefitted the overall idea of the song – Erin locks right in on the melody-line for the vocals and never wavers.  It speaks to a solid & controlled performance…and you wouldn’t have wanted her to get too wild on such a subtle tune, but the occasional search for a word that rhymes to fit the flow occasionally makes the similarities in how it’s sung line after line much more noticeable.  Again, some of those words fit perfectly, and some of the others might have you wanting a bit more time to be taken to explore the full potential there.  As far as the mix goes…I don’t think I can blame The Inner Party for the way this comes out sounding – I’d suspect this is right where they’d want it and ultimately, there aren’t really any issues here – just personal preferences.  To me, Erin is always going to come through sounding bold, bright, and powerful…and she’s right up front above the rest of what’s up on “Stay Together For The Cats” at all times.  I’m always going to advocate for the music in most situations to begin with…but particularly in this one – I think everyone in the world should be listening closely to the incredible vibe they’ve created here and the subtle elements added to the music that make it so amazing.  It’s another way of saying music up, vocals down, and not to be afraid of us catching every single word…sometimes that’ll serve the song better in the end.  It’s hard to complain as it stands…because again, I think Erin does an outstanding job and I LOVED the way the background vocals sound when they chime in as well…it’s not a matter of not wanting to hear her as much – it’s a matter of the balance and deserving an equal billing in the spotlight.  Once the beat kicks-in, the atmosphere fills in a bit, but I’d probably still go for more.

More, more, more.  I’m so greedy when it comes to this music-stuff I tell ya.  Here they are, puttin’ their hearts & souls into their music and I’m still asking for MORE?  Who am I anyway?  The Inner Party has accomplished one thing beyond a shadow of a doubt…which is that this whole experience, this song, learning about the band…it is without question, so different than I’d expected, it’ll be highly memorable.  I think they’ve got a sweet & odd love-song on their hands here…”Stay Together For The Cats” has verifiable artistic merit, creativity, uniqueness, and a bit of the ol’ bizarre in there for ya too for good measure.  Definitely different…and you know we always dig that here.

Find out more about The Inner Party at their official homepage at:  http://theinnerparty.tumblr.com

Tags: Erin Poppy Singles sleepingbagstudios Stay Together For The Cats The Inner Party