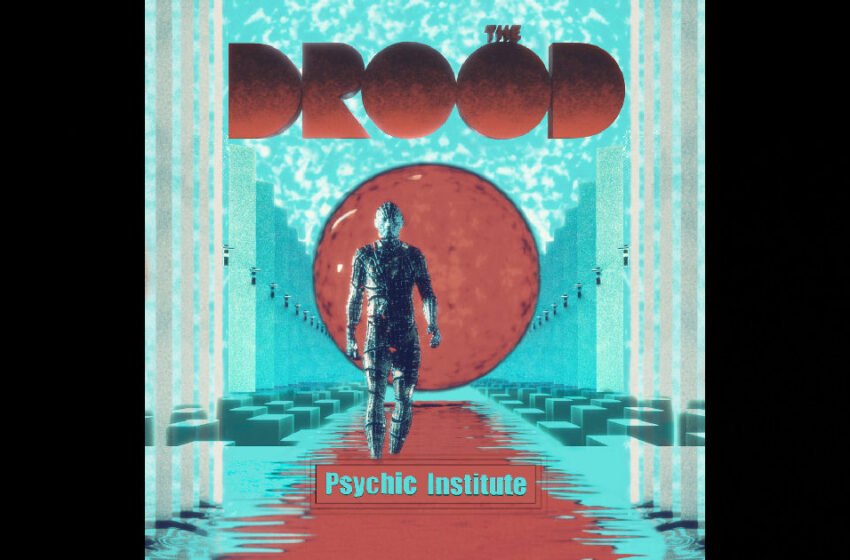 I feel like the whole “Psychic Institute” has gotten a pass for far, far too long – and to be HONEST, I’m stoked to see/hear a band as brilliantly cunning & sonically stellar like The Drood take’em down a peg or two on their brand-new single here.

Mind you, I also subscribe to that same theory put forth in the movie Matchstick Men from back in the day where they talk about how it ain’t stealing at all if a fool is so willing to part with their money.  And ain’t that just what the “Psychic Institute” has preyed/thrived upon for…hmm…I’d say probably its entire existence to-date so far?  Sometimes it blows my mind just how much can be communicated within the right set of words…as concise as it can be put, The Drood nails how I feel about the whole business of psychic shit & how it operates, right in the very first lines:  “Sentimental schlock that meant so much to you/Resonates of hollowness inside.”  Like I said from the start – nailed it.  Fucking…NAILED…IT.  And here’s the thing folks…the real crux of the situation here at the heart of it all – either you’d readily agree with what you see written out in that quote/hear in the song – or you’re likely a potential victim of the “Psychic Institute” yourself.  If you’re somehow missing out on the fact that it’s an entire industry built on plastic affirmations & telling people exactly what they want/hope to hear…you’re the mark friend-o.

I will admit…seeing so many people struggle with the ability to separate fact from fiction in this world is quite often the most depressing part of any given day here on planet Earth…and the dramatic increase or at least magnification of this issue as of late in these past several years has only made that so much worse.  We’re damn near delusional as a species at this point in time – and if that’s indeed the case, which I’m 100% positive that it IS…then you gotta imagine the ol’ “Psychic Institute” is lining their pockets with the hard-earned money of the masses more than ever before.  Who wouldn’t want just a little bit of potential good news in their future for a crisp twenty dollar bill…or fifty, once the endorphins kick-in and the tip comes into play?  We ALL know that person, or multiple persons, that believe in the whole psychic realm & some random dude’s ability to SEE INTO THE UNKNOWN – I know several myself and I’ve got nothing but pity for them.  I wish they could see the grift they’ve been victimized by…but at the same time, like I said, I get it…good news is so hard to come by in real life that if a fictionalized and over-sensationalized version of it is all we can get, then even if we gotta buy that, maybe it’s worth it for some folks.  I’d have an easier time with it all if they knew that’s exactly what they were paying for – but the reality is they don’t – the “Psychic Institute” preys on the people that simply don’t know any better.

“Forcing saccharin optimistic platitudes/While you lie” is as astute, insightful, direct, real & jarring as it’s meant to be; for those that have fully functioning brain cells, we hear this message for exactly what it is.

Beyond all this awesome philosophical stuff and these apt assessments on the shallow end of the gene pool, is also an extremely killer song well worth your time to listen to.  Like for real – if you’re not fully hooked by the time the synths in “Psychic Institute” start to kick into full gear somewhere around just shortly after the thirty-second mark, I’d be shocked, surprised…and admittedly, a little disappointed in you personally as well if I’m being real with ya – The Drood had already given you thirty seconds worth of song designed to be turned up BEFORE you got to that point – the extra synths were the icing on the cake.  Absolutely badass to the nth degree though…the drums & synths added in from Daniel Watts are supremely essential & equally cool in a stylistic sense – as are the guitars/synths from Nathan Jamiel as well – these two prove they’ve got everything required to captivate your mind and know exactly how to twist & tweak your synapses in all the right ways as you listen.  The vocals are also rad…all-in-all, a song like “Psychic Institute” borrows from an artist like Bowie in the same way that a band like She Wants Revenge has…as in, yes, there are similar elements & comparisons to be made for sure, but this is much more of a continuation or building upon a story’s worth of sound with an all-new chapter – make sense?  Definitely my kind of tune…”Psychic Institute” is as adversarial as it is amazing, and it’s also ultimately as educational as it is entertaining for many people out there as well that really need this knowledge dropped on’em.  As IF I needed any MORE of a reason to love this song than I already was – this video…dear readers, dear friends…folks…y’all…gather the fuck around and pay attention will ya?  The video you’ll see along with “Psychic Institute” is one of the most kickass you’re gonna see this year, if not EVER in your ENTIRE LIFE – so grab a seat, click play, and absorb this in-full…I can promise you won’t regret it.  It is visually STUNNING, and brilliantly clever on a level unlike pretty much anything else you’ve experienced…a perfect pairing to go along with a single that you really shouldn’t miss out on in 2022.  The Drood have been kickin’ ass for quite some time already, since roughly around 2012 from what I can see online…but for anyone out there wondering if they’ve still got enough in the tank to thrill you in the present day, a single/video combo like “Psychic Institute” proves they’re still light years ahead of the rest, and if anything, are quite likely surging into their best years to come – mark my words.

Learn more about The Drood from their official website at:  https://thedrood.com