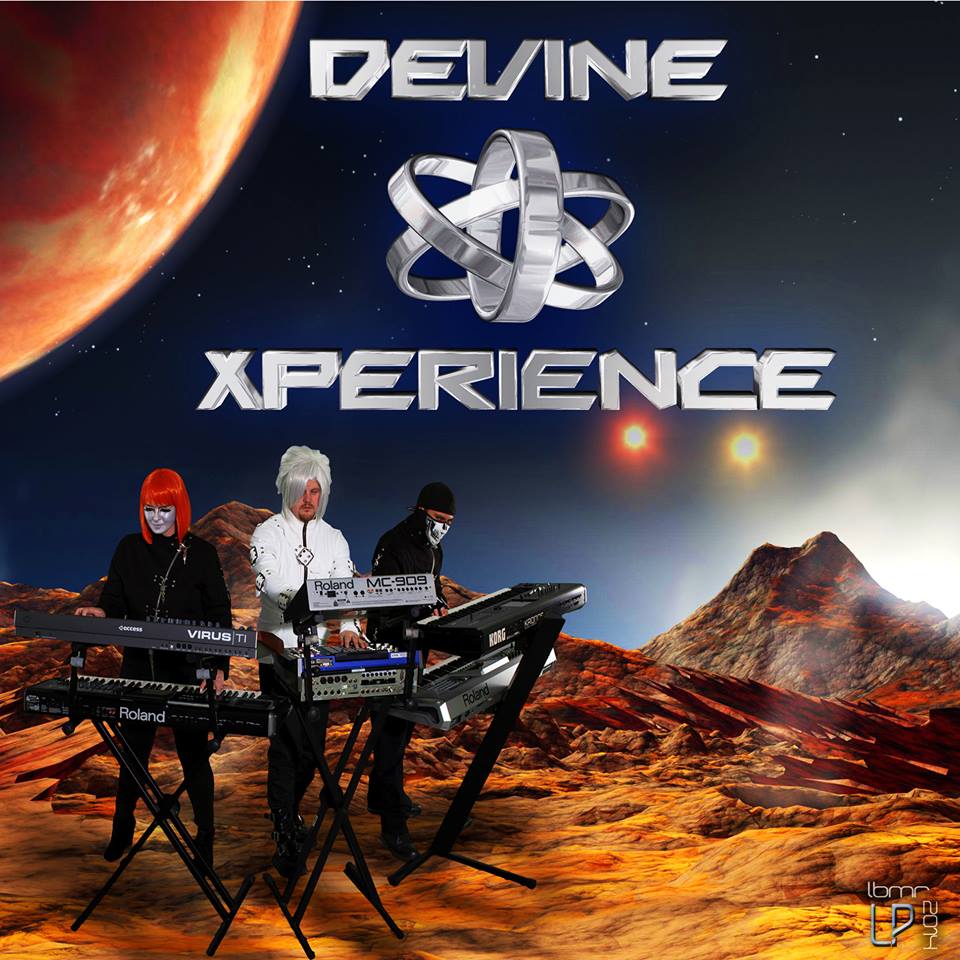 I, uh….hmm….I’m not really sure what I’m listening to & watching right now…yet…

Even one of my favourite electro-only acts, Hot Chip, has a very hard time selling it all to me live with four guys standing around a bunch of electro pads and rooted in place…no matter what the energy of the track calls for or how dynamic it might get, it’s still very hard to make it entertaining. The Devine Xperience have got themselves a simple but solid beat out of their new single “The Answer,” and in some aspects, I love the video. But just like the aforementioned Hot Chip – we’ve got three electro-wizards rocking their song from the pads and doing their best to convince us truly to believe in the passion of which they twist & turn these knobs & dials with…that these poking fingers are ‘feeling it.’

Again, visually, it’s a tough sell, no matter how tight the beat might be or how popular the electrified artist or band in question may be. The Devine Xperience have definitely given themselves a chance however; “The Answer” is a wonderfully shot & edited video with some really awesome looking ideas as far as the look & image of the band onscreen.

The song itself, starts out with a quick vocal intro from the girlfriend of that dude that’s speaking in Bah Luhrman’s “It’s Ok To Wear Sunscreen” song. At least I’m assuming they know each other… Quickly breaking into their pulsing beats & electro-percussion rhythms “The Answer” is well-performed & produced tightly. Not ground-breaking, but a damn good groove. Does it change enough for me throughout five and a half minutes? Not personally…but that doesn’t mean I’d turn it off and it doesn’t mean that it’s not right for YOU…not every has musical-A.D.D. like I do. But when I close my eyes and convince myself to relax for a second, there’s nothing about this groove that would stop me from just taking a moment to chill and listen.

But I suppose if I was to do that, I wouldn’t be seeing the tripped-out video they’ve put together to support the single. And it certainly is – have a look below.

You gotta love the backgrounds they’ve applied to this video, full of stylistic and vibrant colors and effects. The Devine Xperience themselves are, well, rocking out this subtle slow-burning electro as much as they can. I’d say overall, it’s a video that has come together extremely well, it is entertaining to watch and reveals itself slowly to match the energy in the music.

In fact, the only thing I’d question at all is the blond-dude. Don’t get me wrong, he’s rocking as convincingly as the other two…but there are a couple points in the video where I’d swear he’s got one of those paper-crowns from Burger King, or like, an unassembled fry-box strapped over his face. So…there’s that… I’ll admit, I kinda dig it personally as it gives the video a little bizarre flavour that it needs, especially just before two minutes in when he’s onscreen. Still doesn’t stop me from looking at it from a good ol’ WTF angle! What IS that thing?

Yeah…I think I’m going to play this one fairly middle-of-the-road. I can hear that the beat and vibe of this song will have the impact they’re hoping it will…it’ll last, it’s the kind of atmosphere I’ll hear randomly in my head as I’m walking somewhere next week. Should at the very least make my next grocery shopping trip a lot more fun. While I’m not sure if this particular single will put them on the map, I can see that the video is already doing well collecting multiple hits; and for all the subtle-intensity you’ll find in the music, the video does a great job of catching that vibe but also moves along quickly enough to keep your eyes interested while your ears take “The Answer.” And besides that – The Devine Xperience is already established firmly, since Xmas ’94 to be precise…some 32000+ fans on their social media…they’re doing just fine.

That being said, they also picked up ‘Breathrough Artist Of The Year’ awards from multiple sources in the past TWO years…so perhaps we haven’t heard the full height of the arc of sound in the entire journey of The Devine Xperience… “The Answer” is a good song & good video…but I’m starting to suspect that the best of The Devine Xperience has yet to reveal itself in full.

But I’d also bet that the amount of support & love out there that exists for their music has GOT to be tremendously inspiring.

And I wouldn’t doubt for a second that The Devine Xperience will continue to develop strongly, find more creative & innovative sounds and combinations in the electro-genre and go on to supply their brand of electro-entertainment and music for years to come in response to the unrelenting demand from their fans & new-fans alike.