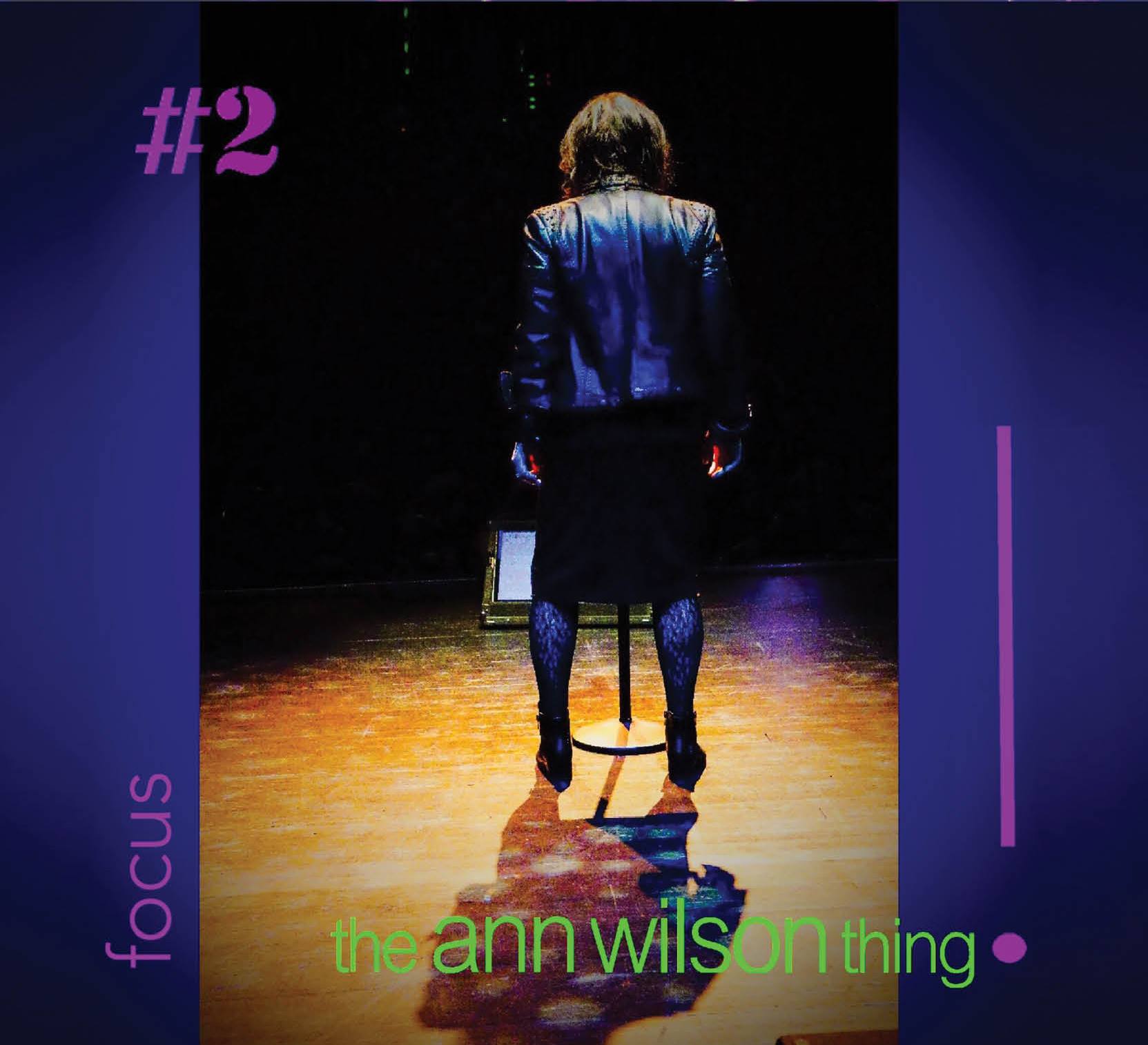 Sometimes I genuinely get to give my head a shake and realize I’m far luckier than most people I know in having a vocation I truly love…and those moments usually come along with discovering something in the independent-scene that I would have never expected to find here.  Enter The Ann Wilson Thing.

Yes…THAT Ann Wilson.  You know…the one that changed probably your life, yours as well, oooo – yours too…and certainly my own…you get the point – this lady has and always will be an incredible icon and one of the most powerful voices you’ll ever hear in your life.  I was fully expecting this to be a cover-project of some kind…or tribute band…but there is absolutely no hiding the innate power and emotion of this fine lady’s vocals – she has an unmistakable sound and always has.  I’ve been a follower and fan for as long as I can remember…from her work as a Led Zeppelin cover-band in The Lovemongers to Heart at their most primal – and I even stuck with them as they ventured into their soft-rock years.  Why?  Because Ann and Nancy Wilson have always been the very definition of entertainment, no matter what style they’ve taken on throughout the years.  This is the first time I can recall however…that Nancy is not involved…and rather than the stadium-filling pull of the powerful collection and catalog of Heart draws…the point this time around for Ann is to take these new songs of hers into more intimate venues where she can get that real connection with the audience back.

Will she/can she do it?  You better believe it.  She is undeniably spectacular and absolutely shines throughout this entire EP – this is exactly like hearing Ann in the prime of her career…to the point where you’ll wonder if that was really in Heart, or if it’s actually right here, right now.  Hearing her and her extraordinary band rip into a cover of Jimi’s “Manic Depression” right off the bat on this new EP was pretty much the best gift I’ll be given this year.  I’ve no longer a need or desire to look under my Christmas tree this year – this is all the presents I need right here on song number ONE.  Honestly people – LISTEN TO THAT GOLDEN VOICE!  Ann was a born rocker…and material like this is stuff she knows so well you’d think she’d have been playing this tune her entire life.  “Manic Depression” has such an incredibly inspired sound…it’s such an incredible song that you’d have to have serious courage to really go after this one and sound convincing in doing so – and you’ll never hear confidence like you hear it in Ann’s vocals.  She is, quite honestly, a national treasure.  Every reason as to why that would be is on display immediately on this EP and its very first, massively impressive song/cover.

The next tune as far as I can tell is her own original…a song called “Fighten Fer Life.”  With beautifully played acoustic-guitar driving the music alongside incredible textures to the percussion – she nods back to her time covering Led Zeppelin with a sound that’s influenced certainly by that era but also all her own.  I love slow-burning intensity like this…where the music absolutely grips and captivates your mind and attention beyond your control…you listen to every note, every inflection, every twist and every turn throughout “Fighten Fer Life” – because the performances, writing and song really are that amazing.  Not only is it an incredible song that features serious melody, talent and ability – but it’s one that certainly confirms that Ann has years and years and years left in music if she’s ready to continue on.  I am honestly blown away at just how timeless her vocals are…and the fact that she sounds just as incredible as she ever has is a testament of true resilience and durability in music.  If you’re a fan of anything Ann has done – you are absolutely going to LOVE the four songs on EP#2 – Focus.

Let’s face it…you’re not about to take on BOTH sides to a duet single-handedly unless you’re one of the very few extraordinarily-capable singers out there…which Ann certainly is.  Taking on one of my favorite songs from the Peter Gabriel catalogue – one that he sings with the fabulous Kate Bush, Ann Wilson shines throughout her version of “Don’t Give Up.”  I’ll admit…it’s a seriously tough task to outdo the original version of this amazing song – but MAN…you can’t deny just how much Ann seriously BRINGS IT to every song she approaches.  The consummate professional at all times – she puts the edge into this song and breaks it out of its more fragile writing into something even more bold and empowering with her own take on it.  Peter would be nothing but proud of a cover like this.  She’s preserved the gorgeousness of the writing while still bringing something new to it; her rock-rasp sounds flawless on this one and her band sounds phenomenal in supporting her.  The drums, the piano, the BASS – all just incredible…and this is seriously a cover I’ll remember and reach out for always…that guitar solo!  I simply cannot express in words just how much I applaud ambition like this…and how impressed by the execution I truly am – it does not get better for vocals than Ann Wilson…it never has and likely never will – she is the absolute best of the best.

I believe the final tune “Anguish” is another original…or at least a song I wasn’t familiar with.  The inclusion of tribal-rock sounds to her music has always been a strong element throughout her career – and the wildly strong stomp and beat of “Anguish” is all the proof you need to hear that she truly does it better than all the rest.  I love the swirling atmosphere of “Anguish” and all the incredible ideas that take place in this composition and structure…a wild combination of blues-meets-innovation – the texture and sound of this tune is nothing short of absolutely breathtaking.  As it heads towards the third minute and finds all kinds of insightful and charismatic ways to continue to entertain – “Anguish” actually gets seriously exploratory and makes for a massively satisfying listening experience.

Best way I can put it to you…is that I think the world has always expected that there’s an arc to a career…one that certainly shows the ups and downs along the way…but it’s so entirely rare to hear an artist that has already lived nine-extraordinary-lives in music find yet another one in the later stages of a career like this.  I never expect anything other than absolute incredibleness from Ann Wilson – but I’d be lying to you all straight-up if I didn’t say this blew every high-expectation I had for her and her music right out of the water.  How…HOW is it possible that she continues to be one of the best voices in rock and roll, year after year without ever letting us down for a moment?  I seriously question if she’s human…talent like this is so rarely shown as consistently as it is from Ann…you’ll question if she’s come from another galaxy from far, far away and chosen to grace us with her presence.  She’s an incredibly stunning vocalist – and this EP certainly shows that there is more than just a little left in the tank – she’s still overflowing with talent to the point where it should blow your mind.  These new songs, these covers and originals should allow her to achieve the new goals she has by bringing her audience back closer to her for more intimate performances…but believe me…no matter where you might be sitting in the crowd – you’ll hear that one of rock’s most powerful voices still has all the power, tone and control to leave you absolutely stunned and speechless.  Ann Wilson is as incredible as a vocalist can get…and this new EP leads me to believe that this is never going to change…thankfully.