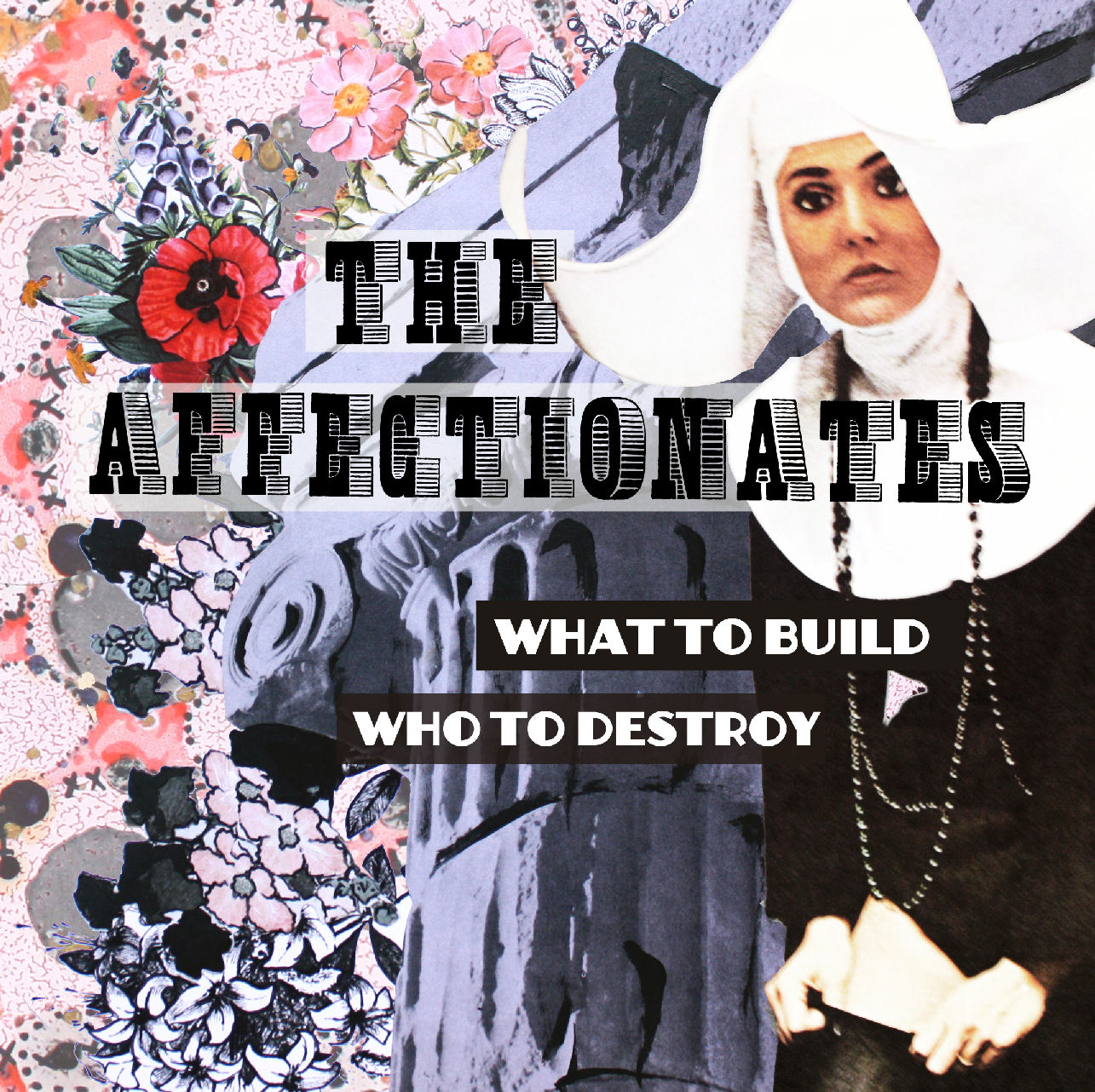 The Affectionates – What To Build, Who To Destroy – EP Review

You know…I’m supposed to be writing up a press-release for a completely different artist right now.  Here’s the challenge I put forth to YOU though…YOU go ahead and put on the first cut from The Affectionates What To Build, Who To Destroy EP called “I Pick You” and then YOU try to do like…ANYTHING else.  Surrender before you start…I’ve just offered you a bet with impossible odds stacked against you.  Keep your chips for a safer bet some other time…right now you’re about to be outmatched by the impressive hooks and pull of “I Pick You” on forward throughout a highly inventive set of tunes that explores a vast amount of that good ol’ emotionally-laden & creative indie-sound.

When you look at pictures of The Affectionates online…it’s like they got the entire neighborhood in this band!  I count seven heads in their main profile pictures…so I’m going with seven-piece here…  Regardless…the skill and passion in this band makes itself immediately known through endearing and honest approaches to the material on this EP.  Checking out the influences on their list…and knowing many of the referenced artists and bands live happily in rotation on my own playlists…I gotta admit…combined with the gigantically-positive first impression that “I Pick You” delivers – this band gets you on their side and loving them pretty damn quick.

What a beat & bass-line combo that starts-up “I Pick You!”  It hits you immediately…your ears will let you know you’re about to really have some fun here…but even they have no idea just how much yet.  Once those chopping guitar-lines begin – it’s all over for you…resistance will already be futile and the incredible vocals of The Affectionates haven’t even begun yet!  Anyone that plays music even part time can instantly get the sense of just how much fun this cut would be to play – as far as audible-invitations into a sound or first experience goes…these guys are laying out the red carpet in sound and welcoming you with sweet-loving, open arms.  “I Pick You” goes on to include what must be the full-band in the mix here somewhere or other…the swirl of the mix grows with artistic intensity, and how each element and contribution to the music gets its moment is impressive stuff – but it’s truly the writing itself that shines brightest here.  “I Pick You” is about as accessible as a song can sound…the hooks in both the verse and chorus are built as strong as steel…and the resulting vibe is purely focused entertainment.  I mean…C’MON – that breakdown with the a-cappella vocals heads into like…the most severe, soaring and savage solo you might hear this year – AWESOME.  Definitely one of the brightest, boldest & most vibrant first impressions I’ve heard on a record throughout 2016 without question – I could listen to the way this song opens up all-day every-day and never get tired of it.

After repeat listens of the What To Build, Who To Destroy EP…the hardest cut for me to get into was “DJ Blood” and it’s still a really damn good tune!  Just keep in mind…it’s coming directly after the insatiable grooves of “I Pick You” and there’s some stuff later on in the EP that also hit me a bit harder by comparison.  I still dig “DJ Blood” – I think the vocal melodies that hit in the chorus are powerfully strong…I still think the overall vibe is a fun one that has a bit more of an aggressive vibe to it…like it’s the continuation of Tom Petty’s The Last DJ and he’s like…older and more insane now.  The energy and sound of “DJ Blood” is highly entertaining…I think it absolutely holds its own on what I’d consider to probably be the toughest spot on the record to do so.  I like the winding into the chorus…that was my favorite part of this tune for sure…I appreciate what they’ve done here more than I might connect to it personally – it’s got a lot more theatrical flavor to it.

“Farewell, Sweet Annabelle” has The Affectionates back in a more danceable strain of their sound.  A great blend of indie & classic-rock sounds create something seriously strong here on this third tune as The Affectionates continue to display all the makings of one of today’s more exciting independent bands.  Nothing they’ve done sounds forced…it sounds focused yes, but not forced…and there’s a massive span of difference between those two f-words; the music they’re making sounds inspiringly organic…and real.  Excellent grinding guitar tones on this tune…no doubt about the hooks, they’re completely accessible and somewhat even to a larger degree here on “Farewell, Sweet Annabelle.”  I wouldn’t personally put it up against the strength of tunes like “I Pick You” or “Make Our Move” to follow – but I can’t deny that there’s an appeal that exists in this tune that’ll grab people from all over the rock, classic, folk, indie, pop, progressive, alternative-genres & more.  Are there more?  Of course there are…but those people are most likely coming aboard too. 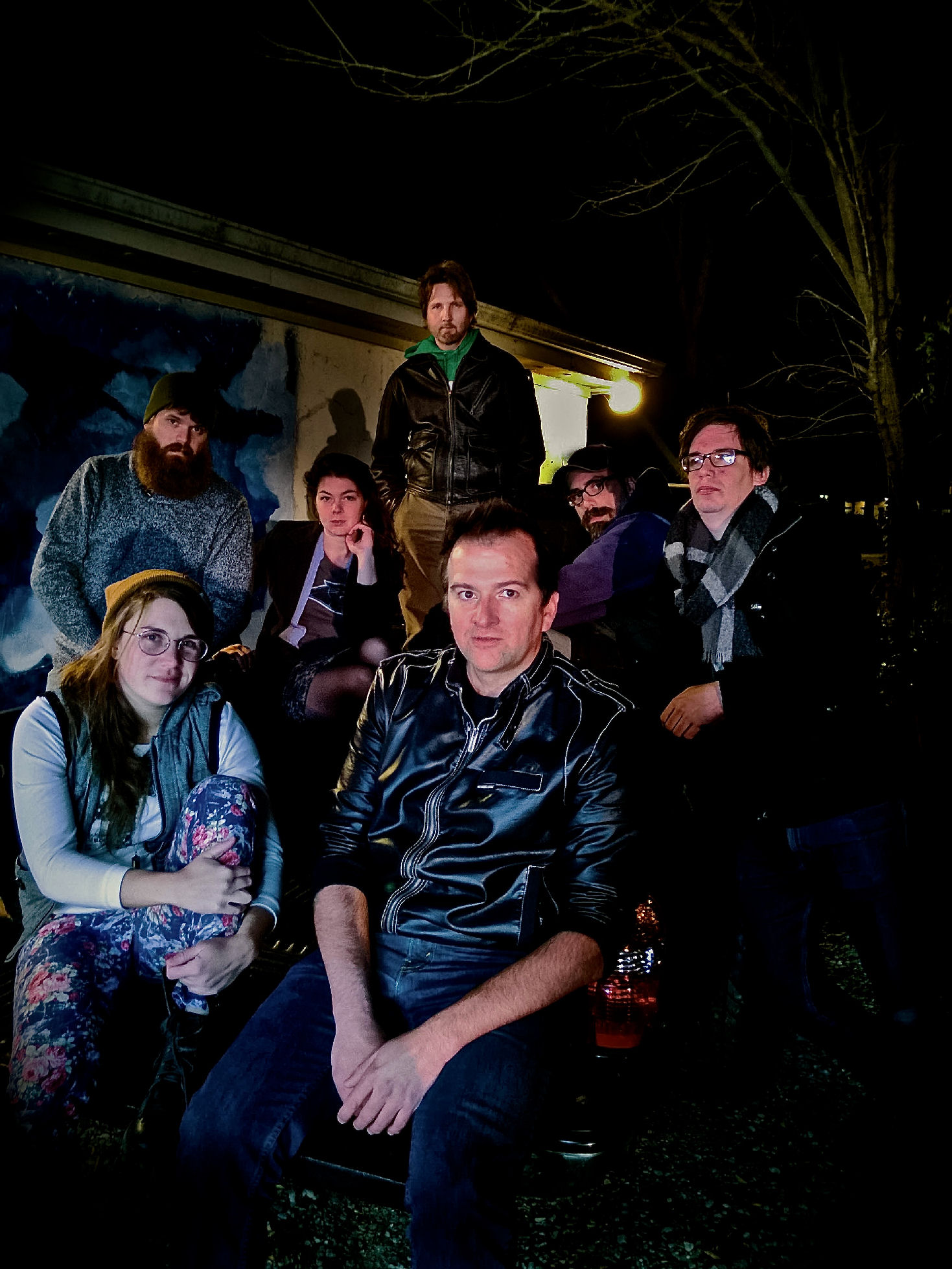 If there is a highlight song of my entire year…if I had to choose just ONE…I could make a really, really intense argument for “Make Our Move” being the song I’d go with.  Everything about this song was beyond impressive to me…the lyrics have that endearing indie-emotion and expressed through classic lines that have that perfect mix of the bizarre meeting the beautiful.  The violin…absolutely deserves some real credit here…as do the backing harmonies in with the lead vocals as well – they have nailed the evolution and sound of this song so stunningly that by the end it becomes audibly breathtaking as they soar straight into an all-instrumental ending that is pure raw sonic-brilliance.  Really smart choices being made here though…for instance, I think those vocals are mixed in such an extraordinary set of tones, layers and textures that it completely draws you in to listen.  Through the crisp beat, steady bass-lines and brilliant violin sounds…”Make Our Move” is full of truly uplifting, empowering and inspiring energy.  If I’m getting the idea behind the lyrics right…it’s really all about taking that stand in life where you can’t take no more and really make the conscious decision to go after the life you truly want.  Well…I mean of course I can’t say that for 100% certainty…but that’s what I was getting from this metaphorical display.  All the elements in the music explode like fireworks at the ending…it’s truly an outstanding and emotional experience…you develop a real relationship with this song & sound you’ll never want to end.

The Affectionates let their Modest Mouse influences proudly shine through the inspired sound of the final cut “Cry Wolf.”  Brilliant use of banjo accenting the melody lines…great pace & huge beat – the vocals come out howling on this one and nail their part perfectly.  Fiddle in the mix sounds perfect in the solo moments…the musicianship is highly impressive…and in that MM-esque style of like, The Beatles meets the backwoods – this alt-rock folk-tune has glorious depth in the melody-line and dynamic punch to its every movement forward in the writing.  Real credit to the main-vocals of The Affectionates…it’s very much about ‘how’ it’s being sung just as much as the thickness in the tones as well – and this guy really shows the insightful instincts of a very, very clever songwriter that knows how to get the best out of a melody.  “Cry Wolf” stomps and pillages…great use of space in their songwriting leads them to the memorable ending that this set of songs truly deserved; I’m very excited about what I’ve heard here from The Affectionates – I think this band has all the charm and charisma of a band that can truly make it.  They’ve definitely got me believing in them and made a serious fan out of me through their effort, songwriting and passionate performances here on What To Build, Who To Destroy – they’ve absolutely done themselves proud here with this recording.

Find out more about The Affectionates through their official page at:  http://www.theaffectionates.com/

Tags: EP sleepingbagstudios The Affectionates What To Build Who To Destroy