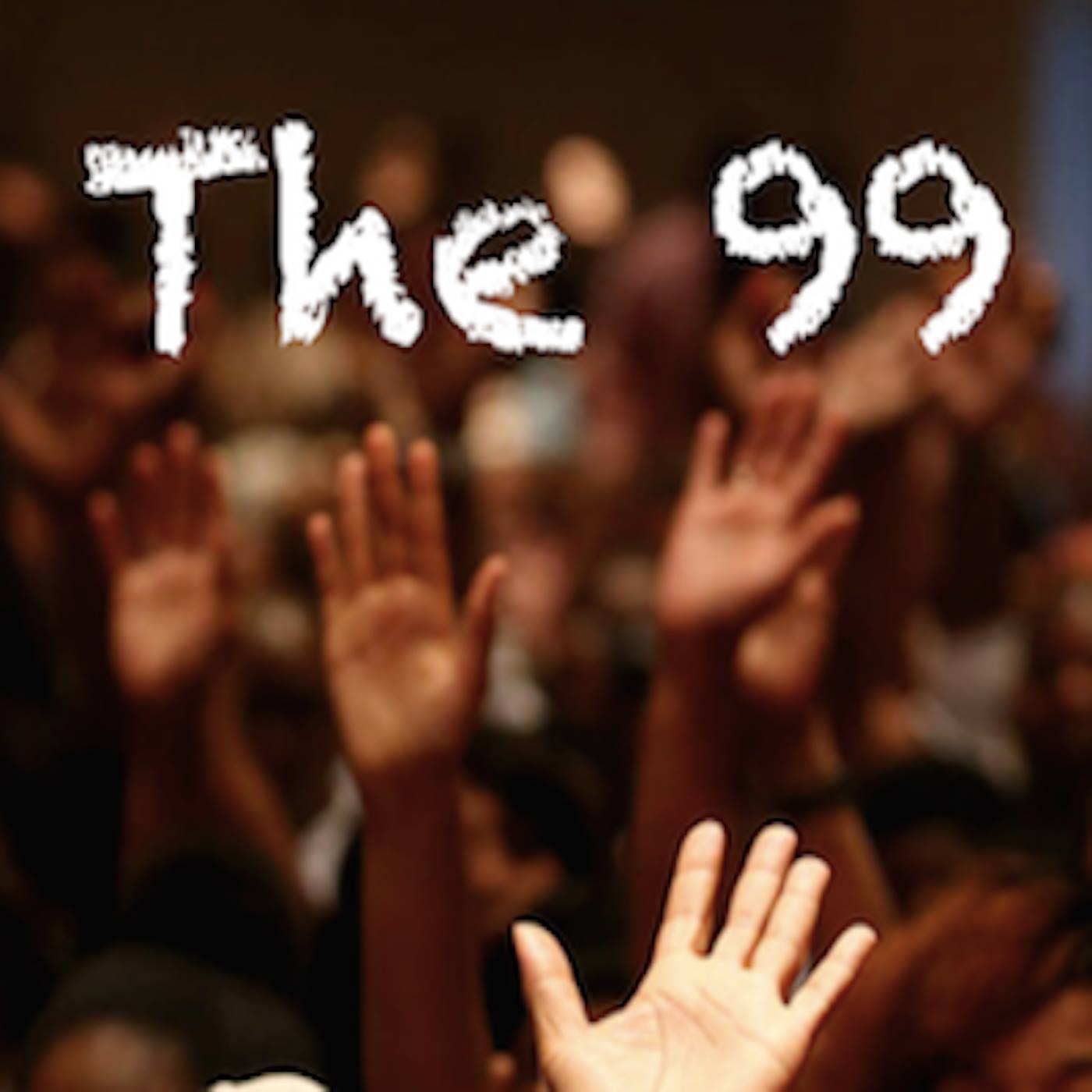 I can’t say quite enough…how enlightening and how exceptional my entire day has been. It’s been a long time since the ONLY activity I did in a day was simply sit and listen…I’m always doing too many things to keep up…you know exactly how I feel. How fitting though, that on the first day I decided to do this after so long, that I’d run into a handful of artists like Jared Wesley, Jaino, and now here with The 99; all artists that really deserve that full attention with the music they’re making. Each of these new talents we’ve discovered, are not only making exceptional music – they’ve all had something REAL to say and communicate their messages incredibly well through their songs.

I’d like to welcome you now, into the mind and vision of Alvin Harrison; who, with his band The 99 are making thought-provoking music in representation of us all. The name itself refers to the 99%…the people; the songs are incredibly pointed and let no one off the hook for social injustice. We’ve got three brand new singles to discuss from The 99…let’s talk some music!

“Rough Times In America;” first impressions go a long way, and this title speaks volumes on its own. Keeping in mind a band with the name of The 99 could pretty much be ANYTHING as far as the sound goes…and coming at me through the speakers, was something almost representative of an ‘easy-listening’ tune of sorts. If you identify with the 99%’ers out there, then it becomes easy listening through both sound, and also instantly through ideals. I’m a big fan of the composition of this song. With a gospel-like chorus singing along in backup to Harrison, the lyrics deal with everything from hunger, homelessness, death and despair…the toils we all know as being a part of The 99%. It questions leadership, appropriately, and is honestly extraordinarily well-written in terms of, if you were to look at these lyrics on sheer paper alone…you might let out a bit of a laugh in sheer confusion as to HOW someone would sing all these words. Alvin’s not about to dumb things down for the masses; completely the opposite in fact – he’s on a mission to wake them UP. It doesn’t get any more inspiring to me than that…it just doesn’t. We already know I might listen to everything, but words of ‘easy-listening’ and ‘gospel-choir’ don’t grace themselves on our pages all that often…it’s a little more than outside my normal genres musically; but lyrically…well, lyrically I’m right here listening to every word that Alvin Harrison has to say.

I’ll share this with you…cause you already know I’m a freak anyhow…but YES I creep your social pages! I don’t think the act itself is creepy, I’m just doing research; but I make a point of holding a really creepy expression on my face when I’m doing it. Anyhow, all kidding aside, I was on The 99’s page earlier today and let me tell you what an AMAZING read that was. I can appreciate very much that many of you have commented on how much you personally like my own writing style; I can fully assure you – this guy could write circles around me like I was paper for a Spirograph. His social-awareness certainly doesn’t stop at the music of The 99; Harrison is one of the most actively aware and unafraid, courageous people I’ve encountered through this. Really – it’s astounding just how REAL this guy actually is; it’s not just music – this is LIFE to Harrison and presumably, the crew involved in The 99.

“We Ain’t Buyin’” takes the sound in a slightly different direction. It still rides that ‘easy-listening’ edge, but there’s elements of soft-pop-rock in here, somewhere around the Billy Ocean-era, maybe further back somewhere aside Marvin Gaye. This would be the catchiest track of the three in terms of ‘a hook,’ which although he’s demonstrated himself as a smart songwriter here on these singles…I still can’t imagine a Harrison that sits there and scans the charts to see how well his latest songs are flying up them. He’s teaching through these songs…all three; messages conveyed with this much genuine authenticity always find their way into the right ears. This track deals with the growing social awareness and connections between us all, the fact that we’re not as dumb as the people in charge would have us believe…and that the change many of us desperately long for…is ours for the taking.

Maybe I’m reading too much into these songs…maybe I’m not. I like to think I’m hearing exactly what The 99 has to say.

“Do You Wanna Go,” is a complete 180-degree turn from the two tracks before. Grass is always greener right? I can’t lie to you guys – the moment it started I kinda wanted back into the easy-listening mode The 99 had put me in!

But I’ll say this; the lyrics are every bit as strong as they have been in the previous two tracks, if not perhaps even stronger. The issue I found in the switch of the sound was that the message itself was a little harder to make out in the mix of a rock-song as opposed to how prevalent they became within a softer sound. But overall, these are songs with teeth that are ready to bite down on the so-called ‘hand-that-feeds,’ and it did, after a couple listens seem like just as appropriate of a setting for these politicized lyrics of Alvin Harrison. There’s a harshness to these lessons…not a bitterness, but a sense of urgency and call-to-arms that comes across blazing in this final track we’ve got our hands on.

And that sense of urgency, and his willingness to call for it, have got me completely applauding the effort of The 99 here. Of all the things we spend time fighting on – complacency is the one unforgivable evil in all of us and the most important battle we can all personally overcome. We’ve been asleep at the wheel for much, much too long…and thankfully people like Alvin Harrison are here to thaw out the numbness in our brain with songs that could genuinely resonate within a part of us all. They’re rallying cries for change; and echoing the sentiments of the many…the working-class heroes. All it takes is some awareness, some organization and some sheer will-power and together, we WILL get there.

If people like Alvin Harrison will be guiding us, I’ll be ready for that call.