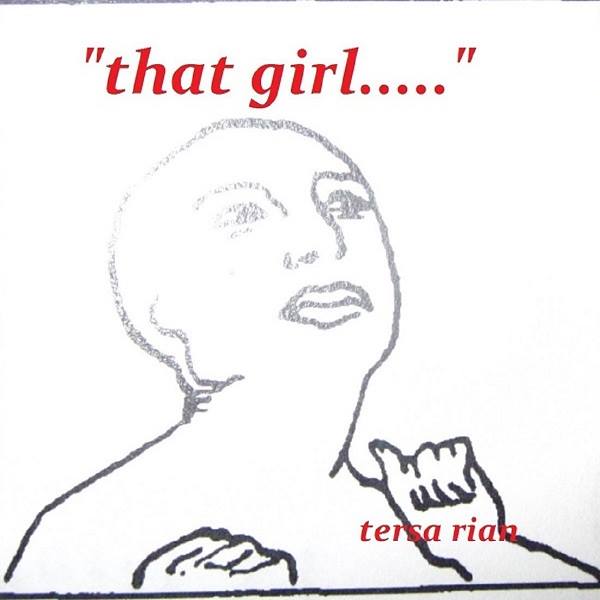 Believe it or not…I’m interested in what Tersa Rian is up to. Seems like an incredibly sweet lady with nothing but the most fantastic of intentions; even though it appears after researching into her that she is devoutly religious, you know that doesn’t stop me from checking out the music even though our ideals might not line up 100%. I believe strongly in doing good unto others…and from everything I can read & hear from Tersa suggest that she’s out there doing the very best she can in effort to do her own good deeds for us all through her music.

As a demo…as a DIY recording…it leaves a little to be desired through the current mix on “That Girl” – but that’s generally to be expected in our independent music-world…we’re all trying to find our way and most importantly we’re trying to get the music to the places and ears it’s supposed to be landing in. The main thing I suppose…in any situation like this…is to examine whether or not the song itself is really THERE – as in, would the writing itself be worth an effort of rerecording past the demo stages?

I think Tersa’s got a sweet song here on “That Girl” that is performed to the best of its current capabilities; the writing is there, and that’s the main thing. She sings in angelic tones overtop of a rolling guitar-melody that provides the music; it’s isolated in the sound of the performance, but inviting in the sentiments and tone from Rian. The vocal flow and melody all work…they too would benefit from further recording but as they stand have charm and a raw sweetness to them that still sounds strong enough to warm you into Tersa’s style and music. The guitar is gently-played, but constantly in order to supply the necessary setting for Tersa’s vocals to accompany them…it has that ‘late-night’ recording feel to it right now…and it makes you wonder at times if there is still power in her voice that is yet to be uncovered that could come out with the confidence of daylight & no time-limits or outside-pressure. I think there is actually…I think that Tersa has all the right tone & emotion for her song and that the power she needs is inside her to put that confidence & energy into the words.

While you might not find “That Girl” dominating the mainstream or indie-charts anytime soon – rarely is that the mission or objective for music based in religious scripture, subtext or intentions; and I don’t have any reason to believe that Tersa is out there writing her songs in an attempt to secure fame & fortune. She makes the music she makes in effort to help and heal others through her words and songs…and that’s a beautiful way to approach music. The intentions are there, the writing is on solid ground…the performances and the production will only continue to get stronger over time.

It’s always nice to run into someone that isn’t in it purely for themselves. Tersa’s in it for her faith, for the people and for the art involved – and I can respect that for sure.