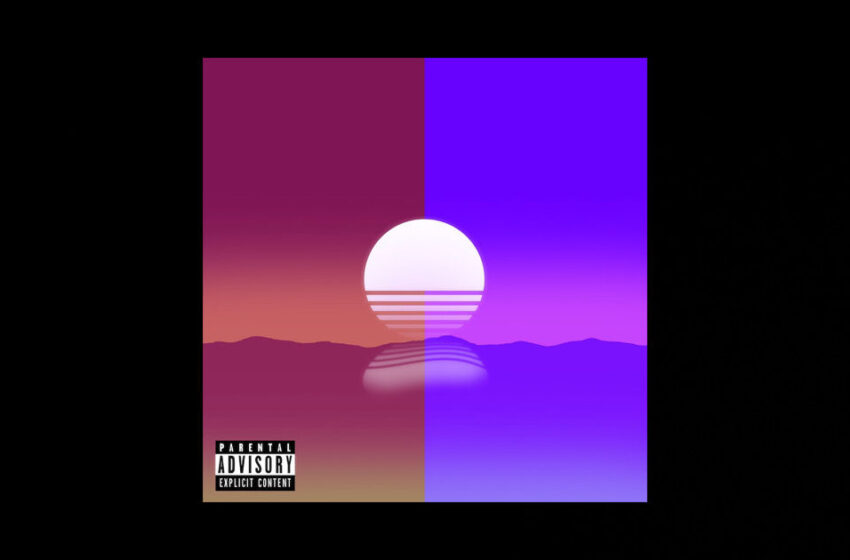 We got tons of bold capital letters in the house…a whole bunch of exclamation points in the mix…and what I’d guess has to be a massive amount of excitement along with it all coming direct from the main star of the show, Sxee Finesse.  Word on the street is the man’s got himself a shiny new record that he’d been waiting to put out for ya this year…now that it’s out there, you can better understand what’s got his caps-lock on, you dig?  Those of you out there that make music know, when it comes to finally getting it out there, after all that time & effort spent – the anticipation builds quick; the excitement too.

We got a couple slices from the set-list of AM2PM by Sxee Finesse here for ya today to let ya know what you’re in-store for when you hit up the full record.  Two cuts called “SHAWTY!” and “ZAZA!” that confirm the hype surrounding the man is as well justified as the excitement he’s got goin’ on with all these capital letters and exclamation points goin’ on – he’s got solid material that’s pretty damn guaranteed to get the attention of the people out there, and raise more than a few eyebrows in the process of’em all listening.  Sxee Finesse is one of those artists that’ll constantly have you wondering whether or not he really just said what you think he just said – SPOILER ALERT – yes.  Yes he fucking did.

Dude’s racking up more than a thousand hits a day on “ZAZA!” on average since it’s been released on Soundcloud alone, nevermind all the other site you can be streaming Sxee Finesse’s latest record from as well.  Add all that together, it’s clearly undeniable that the relevant sound he’s layin’ down is connecting with the people out there right now.  Makes more than enough sense to me – Sxee’s got swagger & style for miles, and a melodic approach to Trappin’ that listeners all around the globe are lovin’ on – plus, the versatility he’s put into these two cuts also reveals he’s got a ton of clever ways to make a lasting impact on ya.  Like, when it comes to a cut like “ZAZA!” for example – you’ll find that Sxee will give ya the main meat of this track up front (literally and figuratively y’all) – but afterwards, he keeps this track spinning for an extended outro that really works brilliantly.  I don’t get offended when an artist wants to slang some dick around in a song…if you’re the type that does, then feel free to eat a bag of’em homie.  I SAY WHAT I WANT on these pages…and clearly Sxee Finesse feels the same way when it comes to writing his rhymes.  Does this track get explicit?  Fuuuuuuuuuck – I feel like I should have had to open up an Only Fans account to have access to this song right here – but I will admit, it’s just one of the many dimensions that makes “ZAZA!” connect.  The facts are what the facts are and always will BE yo – any artist or band basically runs the risk of saying something that someone out there doesn’t like at some point – so why not be like Sxee Finesse & just say things how you wanna say’em, no filter, middle fingers up if someone doesn’t like what’s being said.  That’s the better way to be if you ask yours truly right here – that’s authenticity – that’s owning who you are & what you’re all about – Sxee Finesse gets this.  The bottom line is, he gives you a pro stroll through the verses and bars of “ZAZA!” in the first couple minutes, and then makes even more time to flex creatively and innovate his way through the finale.  There’s no doubt that between the stylistic performance he puts in and the lyricism that what Sxee Finesse brings to the mic is gonna get noticed by everyone listening – but I’m tellin’ ya direct, don’t get caught sleepin’ on the smart moves being made in the last minute of “ZAZA!” – because this dude reveals something seriously rad goin’ on there that, in my opinion, he really didn’t NEED to add at all.  Don’t get it twisted yo – I’m THANKFUL he did, I think it all sounds great – I’m just sayin’ he already gave you more than enough entertainment in the first two minutes – it’s the third minute confirms he’s genuinely interested in the craft itself, and standing out apart from whatever the rest of the scene is doing.  Think of it like the extra bonus you get just for listening y’all – this is where the artistry comes into play and it genuinely makes a difference.

“SHAWTY!” goes for a much more direct hit of energy and slick style combined.  WILD beat to have chosen to work with – no lie, it’s got a frenetic intensity to it that would scare most emcees away from even trying to find their way into this track – but that’s yet another part of what makes Sxee Finesse stand out.  Dude fearlessly strolls straight into the thick of this digitalized melody and starts handlin’ his business like it ain’t no thang – and for pretty much the entire distance through “SHAWTY!,” Sxee keeps the words comin’ atcha fast & furious, barely letting himself have a moment to catch his own breath.  You get a bit of an outro on this track…not quite the artistic extension that “ZAZA!” comes with, but still more than satisfying.  I’ll say this…ultimately, I think both tracks slap in their own unique way and differently from each other, which gives you a solid glimpse into what you’ll find on Sxee’s AM2PM record…that’s the positive for sure.  If we’re comparing these two cuts to each other, I’m likely to side with “ZAZA!” as the one that’s gonna hold up the longest, and probably “SHAWTY!” to make a more instant impression on the people out there listening.  With the added level of digital intensity goin’ on here in “SHAWTY!” and it’s video-game-theme-like sound, there’s no question that it’ll catch people’s attention – but whether or not they’ll always be able to handle so much flavor comin’ at them as quickly as it does on this track all the time might be another story, whereas the more laid-back vibes of “ZAZA!” provide a more chilled-out hybrid cut that can find a home on any playlist from Trap to Rap to Hip-Hop.  So don’t get me wrong…I ain’t complainin’ – I’m just tellin’ ya what to expect as I always do & reporting on what I’m hearing – “SHAWTY!” unapologetically keeps the rhythm & flow comin’ atcha ya hot, gives you another explicit sample of what’s on Sxee’s mind once again, and delivers on what’s inarguably relevant sound designed for right here, right now.  The man makes solid & steady moves on the m-i-c as he spits his way through “SHAWTY!,” revealing character, charisma…and yes, even an odd amount of authentic charm in the way he raps…you can tell he’s into it all, and that makes you wanna be right in the guy’s corner cheering him on to reach that next-level he’s seeking out.  He gives you plenty of reasons to bet on him getting there with what you’ll hear in these two singles – check’em out, and make sure to hit up Sxee Finesse’s pages to hear the rest of the lineup on his brand-new album, AM2PM.

Find out more about Sxee Finesse at Instagram here:  https://www.instagram.com/sxeefinesse