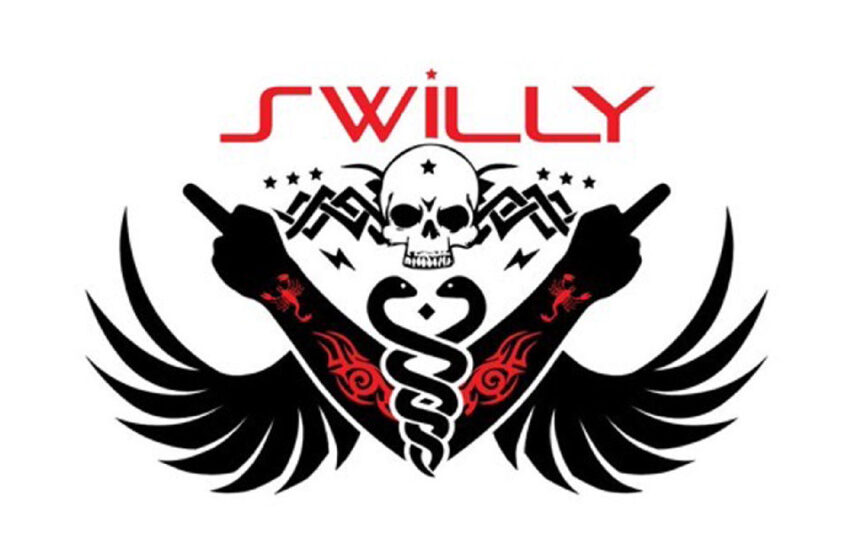 Now…there ain’t no denying that you’ve got yourself a pretty badass video when it starts out with a look at a copy of your OWN vinyl record onscreen – this much, we know to be true.  So if you’re in the Rock-based band Swilly, that’s gotta be killer to see as “Follow Me” starts up – though a keen & dedicated eye will tell ya, that same record about to spin is actually for the previous single, called “Welcome To The Show.”  Splitting hairs I suppose – it’s still a fully rad way to start up this latest visual offering from Swilly.

It could ALSO be a cue as to what the next move from Swilly might be…there’s no doubt this band has had a massively productive year already, so maybe there’s a full album coming out right around the corner…and maybe it IS called “Welcome To The Show” – I guess you’ll have to stay tuned to their pages through the links below to know for sure…I’m just hypothesizin’ here.  What I can tell ya for sure is this – Swilly is a collaboratively-based type of band, with three pieces in Carl, Steven, and Kevin at the core of it all, but quite often pickin’ up a player or two for that next release…of which, there are quite a few so far to-date!  I am a BIG FAN of the attitude you can see on display from these guys and how well-suited it is for the style of Rock music they’re makin’ – you can see middle-fingers proudly raised UP in the logo right there on their website, and songs like “Hookers And Blow,” & “Cluster Fuck” clearly indicate exactly what kind of band you can expect them to be with the antics, electricity, and excitement that comes along with it.  Essentially, Swilly knows they’re “here for a good time, not a long time,” as the song goes – and so the music doth flow, and flows hard!  “Follow Me” is like, the eighth single they’ve released this year already…so clearly, all indications point to this band being inspired to rock the fuck out at all times.

They’ve got themselves a video here that echoes the attitude, fun, mischief, and mayhem that Swilly has found in their style of Rock, and I’d expect the people out there will have no problem whatsoever tuning in & turning up for what they create.  As controlled, precise, and professional as it is clever – “Follow Me” is stocked full of wild imagery & eye-catching visuals that move smartly with the song, and delivers a one-two punch combination of sight & sound that’s bound to get noticed.  No doubt that’s the case – you can already see the ripple effect of “Follow Me” in the numbers from Spotify and YouTube proving that this single is catching on like wildfire around the internet, and considering it’s barely been out there for a month so far…chances are, with the momentum it has already experienced continuing to grow, this cut will go the distance to become one of Swilly’s most measurably successful cuts in their legacy so far.

Find out more about Swilly from their official pages below!