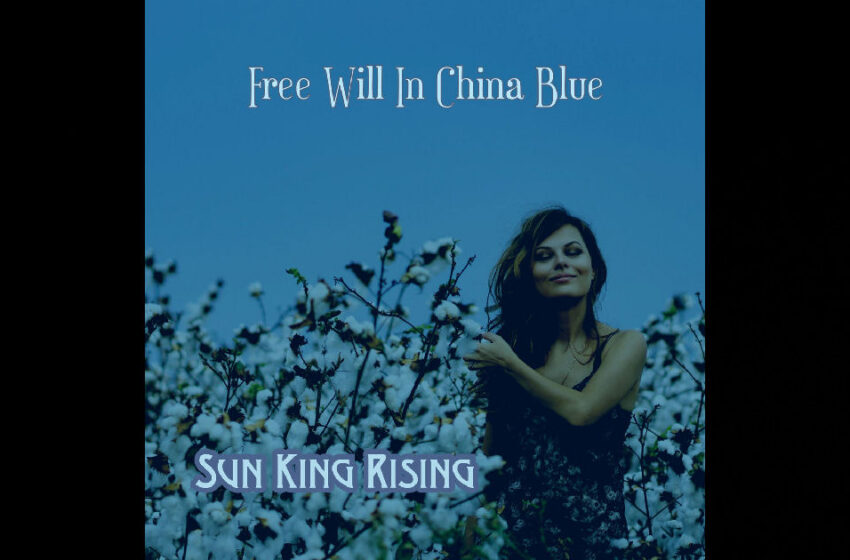 You gotta understand…quite often, way up here in Canada in the north…the further we go south, the less we tend to find…hmm…in common.  So when the heartbeat of Port Isabel, Texas – aka John Blangero, the singer/songwriter driving the engine of Sun King Rising, came out singing “I am a southern man, I lead a southern life” at the very start of his brand-new single…what can I say…the Canadian in me braced myself.  I suppose this is where I say sorry for that, if I’m stickin’ to the ol’ stereotypes on both sides of the border.  But I’m being real with ya…I ain’t sayin’ we don’t have our fair share of (many) problems here north of the border, but things have become increasingly unpredictable with the folks of down south over these past several years – so yep, I brace myself when I hear a line like that start up a song, yessir.  Clearly, this could have gone either way – one line is never gonna give you the entire snapshot of what a band is all about for the record – perhaps I’m just a little shell-shocked from the effects of division & polarization that this is where my mind tends to jump automatically when I hear such a proud proclamation up front in a song.  I need to remind myself that things don’t always need to be so complicated…there’s a whole heck of a lot of people, artists, and bands out there that are simply tryin’ to make good tunes without trying to rile-up the listening ears out there in the process – even artists from the south, like our new friend John on “Free Will In China Blue.”

Oddly enough though…if you DO like your Canadian/American trivia, you’ll be interested to know that John was once a part of a band called Harlequin…which is an interesting tidbit of info – it was a US-based band, that from its description sounds like it was rockin’ in a similar style to what would have been its Canadian predecessor – Harlequin was one of Canada’s bigger bands back in the seventies, and technically, they’re still out there rockin’ stages across this freezing cold nation of ours to this very day.  Anyhow.  Different Harlequins, but another interesting piece of international music knowledge for ya.

What I’d be interested in knowing more about is what had “Free Will In China Blue” released as a single, as opposed to being featured on Sun King Rising’s debut record Delta Tales that was put out online at approximately the exact same time, in October of last year.  Sometimes there’s a story there, sometimes there isn’t…that could also go either way – but in my experience, there’s usually a reason a song would get a separate release around the same time as an album.  The reality is, most of the time those one-off tracks you’ll find put out online in a similar way are like a B-side to what you’ll find on the rest of the album, or a song that might not have fit cohesively with the rest of the lineup…there could be all kinds of reasons, of course – all I can tell ya is what sounds good at the end of the day, and muse on just about everything else related to a song under the sun to try & see things from the artist’s/band’s perspectives.

Now that I’ve mused & mused some more, it’s probably best I tell ya this song sounds freakin’ fantastic.  No joke folks, that’s the truth.  You don’t have to be from the south to dig on a southern vibe y’all – so don’t be afraid – jump on in and turn this up…because you will like or love what you find.  I am of course assuming that you all dig quality musicianship though – yes?  Quality songwriting – same?  Stunning vocals?  Ahhh…I know you like those too.  So hey – really – if those are the main measurements of a song, y’ain’t gonna find anything worth complaining about here in the sparkling results of the performance & production of a single like “Free Will In China Blue” – that’s not an opinion, that’s a fact.  While it’s certainly fair to say that the entire team of musicians you’ll find playing on this song, and those manning the boards behind the scenes, are all verifiable studio-aces – it’d also be incredibly hard to argue that it’s not John that steals the show here with his incredible voice.  Like…quite honestly, I’m impressed with it all from how it’s played, how it builds with bright & colorful sound straight off the drop, and the MULTIPLE hooks that you’ll find from the verses to choruses, lead to the background, music to microphone – they are EVERYWHERE you listen – so to think that there’s any ONE element that might come out more memorable than any of the others, is really kind of a remarkable accomplishment of its own.  And hey…I mean…it’s John’s project at the end of the day – so I get it…you think it’d only be natural that he’d be right in the center of the spotlight…I get it, I get it – but here’s what I’m telling YOU – you have no idea just how much this man has earned his place there.  Blangero has the kind of stellar & sensational voice…the wild degree of natural charisma…I mean, the man was simply born for this life as a musician, straight-up.  He’s done a song like “Free Will In China Blue” complete justice by having such impeccable players surrounding him – the brass from Terminus Horns is unbelievably cool and an absolutely essential part of this whole vibe, but credit where credit is due, there ain’t a hair outta place here to be found anywhere when it comes to the musicianship, writing, or execution all-around.  Kind of like some sort of exciting cross between like…ohhh I dunno…something magical like a Huey Lewis type-deal crossed with the inherent fun and energy of a Doug And The Slugs…Sun King Rising might verifiably remind you of a few names you’ve crossed on your playlists throughout the years, but you’ll definitely appreciate how a sound you love comes back in such a vibrant form here on “Free Will In China Blue.”

Ultimately, it’s as tight as a tune can be…no denying that.  Tons of personality, tons of charisma, the vocals in John’s lead are beyond brilliant & his entire sound, style, and vibe is massively memorable – the backing vocals supporting him are perfection as well…if you’re a fan of quality music, played as good as it possibly gets – and I’m really thinkin’ that you should be – there won’t be anything stopping you from turning this right up where a song like this belongs as far as I can hear.  Sun King Rising has already risen if you ask me – this is music made by dedicated professionals, and you can completely hear that in the combination of relentless passion and precision that they bring to every moment of this shiny single.

Find out more about Sun King Rising at the official website at:  https://www.sunkingrising.com