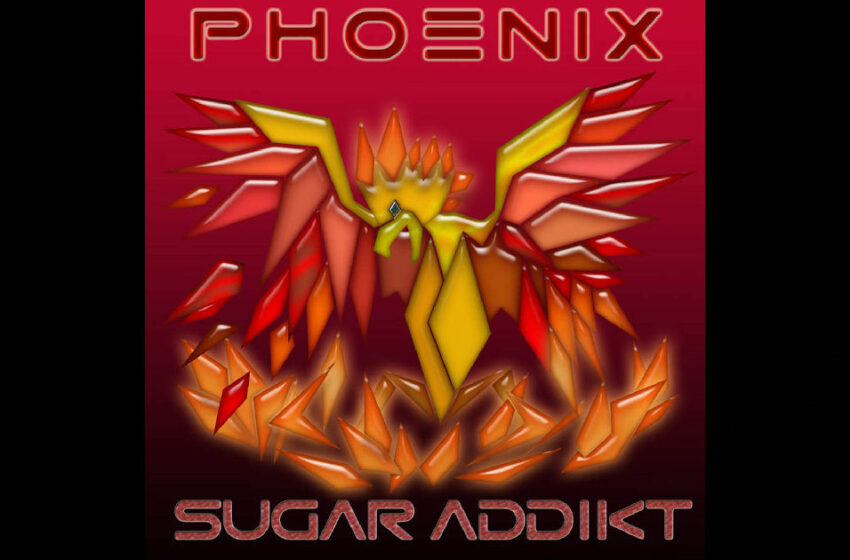 Awwwww man…here we go…stackin’ the odds against a guy just tryin’ to give his level-best and an honest review with a mother/son duo?  Is this how we’re playin’ it now music-scene?

I’ll start by saying this…I’m jealous!  Truly.  Bowman Littrell, lemme tell ya brother-man, you’re a very lucky man to have this opportunity.  My old man’s a musician himself and has been his entire life, mine of course as well, and we’ve jammed approximately ONE time together in 41 years.  Okay, okay…sadly that’s an entirely accurate count, you don’t forget the ONE time anything happens in life.  So…*sniff…I ain’t lyin’ to ya my man, you’re already as rich as they come – what you get to share with your mom here is a fantastic gift and the ability to make memories that’ll last you a lifetime – I’m genuinely envious of ya, and I admire you both for being able to communicate on a whole other level together, through music, sincerely.

As for you Vanessa Littrell…clearly you have every right & reason to be very proud of your son – this dude’s got a great vibe goin’ on with his Electro, and he’s obviously got strong character; no lie folks, as rad as the idea might be, the reality is, it’s not everyone out there that could just go rock a project with their mom & be ready to stand up to criticism & scrutiny & all that comes with putting your music out there.  Bowman’s a stand-up guy…and good lord, what a BEARD he’s got!  We love a great beard here.  Full props to Vanessa for what’s inarguably amazing parenting…she’s clearly done an incredible job.

The main issue projects like Sugar Addikt tend to struggle with, is just how much to believe in it.  Whether it’s a combination of best friends, husband & wife, or mother & son like we’ve got here – any of these types of pairings come with a…niceness…that can potentially hinder the music a bit.  As in, sometimes we’ve gotta have those tough conversations about what could or couldn’t be better and holding people accountable & all that…and it’s tougher to do when you’re looking over at someone you love in whatever circumstances that may be.  That’s where people like myself come in, to jump off the top ropes & tell it like it is; and sometimes until that happens and those outside opinions tend to point a few things out, we can get stuck in the cycle of acceptance, rather than pushing the art further forward.  It DOES entirely depend on the goals however…I’m not here to knock anyone’s hobby if that’s what it is – if you just dig making music together and wanna rock, then right on, you know I’m all for it – but if you get to that point where this is something you really wanna do on a professional level, then I’ve probably always got something to say in an effort to encourage any corners to get rounded out for the future.

At the moment…I have a few mild concerns for Sugar Addikt if I’m being real with ya.  Potential – I think they’ve got boatloads of it and all the capability & talent required to use it…but I don’t know that “Shackles” was able to bring it completely outta them.  Music-wise, Bowman holds his own very well with remarkable strengths drawn from what’s nearly a decade now spent making Electro & producing & all that…he’s got this single sounding clear and vibrant, and I fully dig that.  Vanessa proves to be the more unpredictable element of this particular single…but at the same time, it’s that fluctuation that also reveals the fact that if Sugar Addikt if indeed going to be a thing, that she’s gonna be the real X-factor.

The versatility in the songwriting, design, and idea itself is ambitious, and displays an entire range of styles & approaches when it comes right down to it.  Lyrically, I’m a little split on it all…on the one hand, I love the word-selection itself – it’s fantastic…and on the other hand, there were a few spots that came out a bit too intentionally rhymey for my own personal taste…which in my opinion, can slightly hinder the process of being able to fully say what it is you want to say.  Instead you get more scattered flashes of brilliance as a result.  Don’t get me wrong, I feel the exact same way about Michael Stipe and he’s my favorite singer of all time; but on a poetic level, both him and Vanessa still provide much else to be admired.  In terms of taking on so many different parts within a single song or experience, that’s when we tend to discover spots that challenge Vanessa more & others where she’s got all the confidence in the world in what she’s singing, or even talking in spoken-word form.  In either circumstance, you can hear the want, the passion, and the desire to create music & art combined, and I fully respect that.  My advice is simple; she knows what works – so does Bowman – and now it’s all about being committed & responsible to that, 100% of the time.  Whether it’s sung or it’s spoken, you can hear how Vanessa thrives on any spot where she’ll mention “all of the time” in her lyricism – and let that be your mantra my friends…that’s the kind of consistency we need & the attitude to achieve it right there, taken out of context for the purposes of this review as those words may be.  Anyhow.  This isn’t to say she’s done a bad job or put in a lackluster performance whatsoever – it’s me simply saying there are moments where we’d all listen and agree she completely shines & stands out just as she should, and others where we can hear her still holding back that 10% of what we know – yes know – she can still give.  Like I always tell ya folks…I’m cool with whatever it is you wanna do for the most part – but once I know what you’re capable of, it’s a whole different ballgame & I gotta be real with ya.  With such an extensive range of different approaches & multiple vocal parts in this one tune – there’s no question that Vanessa has set up a challenging task that any singer would likely reveal one moment being stronger than the next in as a result, that make any sense?  Listen.  Objectively.  Discuss what works, what could be stronger, and be ready & willing & open to making changes…doing this can always be tough, but it’s for the greater good.

While this might seem like more of a mixed-bag in my assessment, I assure ya, it’s art & music combos just like this that get me inspired to encourage and guide them as best I can from this side of the screen & speakers.  I think Sugar Addikt has a lot of strengths they can lean on going forward without a doubt.  Bowman – you’re the captain of this boat my brother…you’ve got the ear for sound & that’s crystal clear; she’s your mom & I get that, but don’t be afraid to hold her to the high standards she sets herself!  Vanessa’s got a wonderful ability to come alive with her spellbinding vocals when she’s singing at her maximum potential, power, & energy…and she’s also equally mesmerizing when she’s using her spoken-word tones down low.  Like I said, plenty to work with…now it’s all about dialing it in & refining it in full.  I have all the confidence in Sugar Addikt for being able to do exactly that – because you know without a doubt that they authentically want to be doing what they’re doing and making the music they make, together – that kind of unity is impossible to duplicate and will lead them forward to spectacular things.

Learn more about Sugar Addikt at their official website at:  https://www.sugaraddikt.com