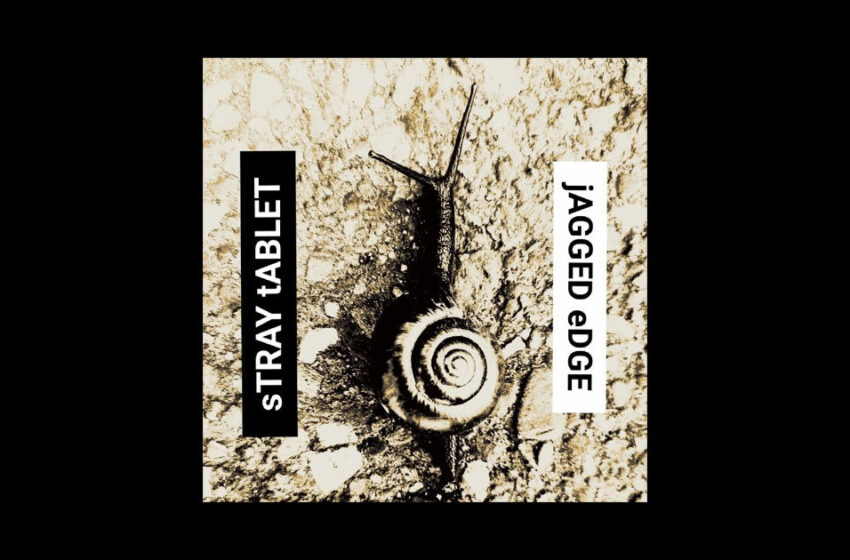 Theoretically, I have no idea if there’s enough time left in this one lifetime I’ve got to figure out what the heck is really happening in Stray Tablet.  I tell ya, for music that I’d probably consider to be…hmmm…I suppose ‘polarizing’ would be the mildest way I could ever put it…it’s actually quite interesting to see the massive numbers this project racks up.  This oddity of the music scene has generated close to a million hits on certain tunes…and I think just about everything Stray Tablet has ever released has hit the six-digit mark by now.  Impressive stuff if you’re the type of person to believe in numbers for sure…I’m in promotions, so that’s always tougher for me to do personally…but regardless, perception becomes the reality, and for what it’s worth, it certainly seems like people are tuning in from all around the globe into what I would have assumed would be one of the most challenging bands to get into.  That’s really nothing short of remarkable when it comes right down to it…Stray Tablet is just about as far removed from anything ‘typical’ as you’ve ever heard…I could count a list of bands with more easily accessible sounds & songs that would stretch a country mile that have nothing close to the numbers this project has pulled in.  Last I checked, which was pretty much just yesterday, the day before it, and the day before that – the world was extremely afraid of anything different…so congratulations Stray Tablet, clearly you’re not only beating the odds, but you’re changing the whole habits and palettes of listeners.

I knew I was stumbling down a rabbit-hole unlike any other when I reviewed my first set of Stray Tablet singles back in May earlier this year.  It is endlessly strange to me just how much effort is being put into the music, yet how undeniably challenging it would be for most people to absorb…or at least, that was certainly my impression; again, the numbers clearly tell an entirely different story than you’ll hear from me.  I know that I can personally find things to dig on in a track like “Jagged Edge,” but as to how the average everyday listeners out there around the world have been doing that, I literally have no idea.  It should be so strange and anti-typical that most people run away screaming…yet they seem to have made Stray Tablet their favorite band of all time if these numbers I’m seeing are correct.  Curious to say the least, but I applaud those of you out there daring enough to listen & see what you think.  “Jagged Edge” has some really amazing things about it…and for myself personally, it’s moments where we get the most clarity that reveal’em.  The more layers, the more confusion creeps in…but to be real with ya, the more things spread out, the more some really rad ideas become exposed.  It’s almost like you need to sonically excavate them in the music of Stray Tablet…there’s no doubt this dude likes to add in just about everything right up to & including the kitchen sink – but for real…at the core of it all, underneath the madness, is a fair amount of really smart ideas that could potentially work.  I don’t know what to make of Stray Tablet at its most intense with every layer added in…but singular elements in the mix can show significant promise and potential…we can always hope that this project takes a step back one day, has a listen, and attempts to go for a bit more accessibility on a widespread scale.  Like, I listen to the beginning of “Jagged Edge” and I’m actually quite into it…that opening vibe works supremely well; it’s still far from typical, but it’s much more of a compromise that we can reach as listeners.  Once the keys come into play, that’s when things start to get mashed together with the vocals & everything else you’ll hear – and it’s like we’re listening to about three songs worth of ideas, all competing to be dominant.  If that’s your thing…and again, the numbers clearly indicate that it IS…then hey, right on, high fives all around.  I’m always okay with being the dissenting opinion in our music scene if I gotta be.  I have no problem highlighting what works or what could work, and calling out pure sonic madness when I hear it.  Like…that main riff & beat that starts “Jagged Edge” and resurfaces around the 2:30 mark, or even the synth flute & guitar around the three-minute mark…all that stuff is really cool to me and the music ain’t overstuffed to the point of obliterating our synapses & senses…but that’s kind of a fraction of this five minute-plus long tune ain’t it?  If you were to ask me what the real hooks were that are continually bringing the people back to listen to “Jagged Edge,” I’d have to be completely real with ya & say I have no clue whatsoever.

It’s just virtually impossible to discern what’s really going on in Stray Tablet, which is easily the weirdest project…artist…band…out there on the internet today.  Like, I’ve actually got a conversation here in behind the scenes about a single called “To Fish And Fish Again” where there’s both an extended mix and a shorter one…that’s intended for radio.  Say WHAT now?  Is this the driest, most clever sense of humor I’ve ever come across, or are we being real here?  Stray Tablet…good lord…I mean…I love things that are different for the most part, but I’m not delusional – radio?  In what world?  What station out there would be nutty enough to be giving this time on the airwaves?  Am I taking crazy pills?  Of course, if you’re looking at the numbers again…you’d almost have to assume that radio stations would have to be the crazy ones NOT to play something like this if that’s what the people out there are truly listening to.  A track like “To Fish And Fish Again” already has more clicks and listens than the majority of your favorite MAINSTREAM acts, and about 1000% more attention in a MONTH than anything I’ve done over the past decade.  It’s pretty much enough to make me question everything I’ve ever thought and everything I’ve ever created…clearly I am doing everything…ummm…wrong?  It’s to the point where I’m not even really sure why or how Stray Tablet has ended up here on our pages – what would this dude need confirmation from ME for when this project is racking up more hits than I’ll have by the time I’m dead & buried?  What could I possibly tell Stray Tablet that’s going to rival the hundreds of thousands of people tuning in?  Because I’ll tell ya the answer – nothing.  Nothing at all.  There’s no reason to take my opinion for anything if you’re pulling in numbers and results like Stray Tablet is – all I’d tell ya to do is simply stay the course, clearly people are loving it, and I’m like, the only one left in the world that doesn’t seem to quite get it.  I hear pieces in “To Fish And Fish Again” that I think are interesting, as I suspect will always be the case when listening to Stray Tablet…flashes of really unique & interesting stuff – but that’s really where it tends to start & stop for me…these songs as a whole, are beyond what I’d consider challenging, into the realm of nearly unnecessarily complex, and damn near straight-up adversarial.  I can get behind a lot of what I hear in the guitars…I usually think the lyrics, though sparse, always have something wild & weird to experience…and the beats ain’t too bad either – but as a song, these tunes are the audible equivalent of a Jackson Pollock painting.  Maybe that’s the answer to the riddle right there…Pollock has millions of fans all around the world, many of whom think he’s the best artist ever – so perhaps it’s not all that much of a stretch that as many people are tuning into Stray Tablet as there are.  It’s like someone gave this dude instruments, described music as a concept, and without ever giving the guy an example, left him to his own devices and instincts, and this is what came out.  There’s always going to be value in being unique, don’t get me wrong…but yeah…I truly wonder who it is or what it is that inspires Stray Tablet, know what I mean?  You couldn’t hear a song like “To Fish And Fish Again” and be like, ‘Stray Tablet clearly listens to this or that’, or pin down what artist or band has ever had an influence on this project – it’s THAT different.  So as a result, believe me, it’s always a highly memorable experience in listening to Stray Tablet…but memorable of course, has several definitions.  The dude is fully welcome to take my singular opinion on things over the hundreds of thousands of listeners out there tuning in if he’d like to…I just have no idea why on earth that he would.  Clearly the court of public opinion has spoken and delivered their verdict already about the music of Stray Tablet – all I can hope for is that maybe one day I’ll catch onto what it is they’re hearing, and figure it out for myself somehow.

One thing and one thing alone is for certain…Stray Tablet is a certifiable trip to listen to, every time.

Dare to take it further – check out the main website for Stray Tablet at:  https://straytablet.com