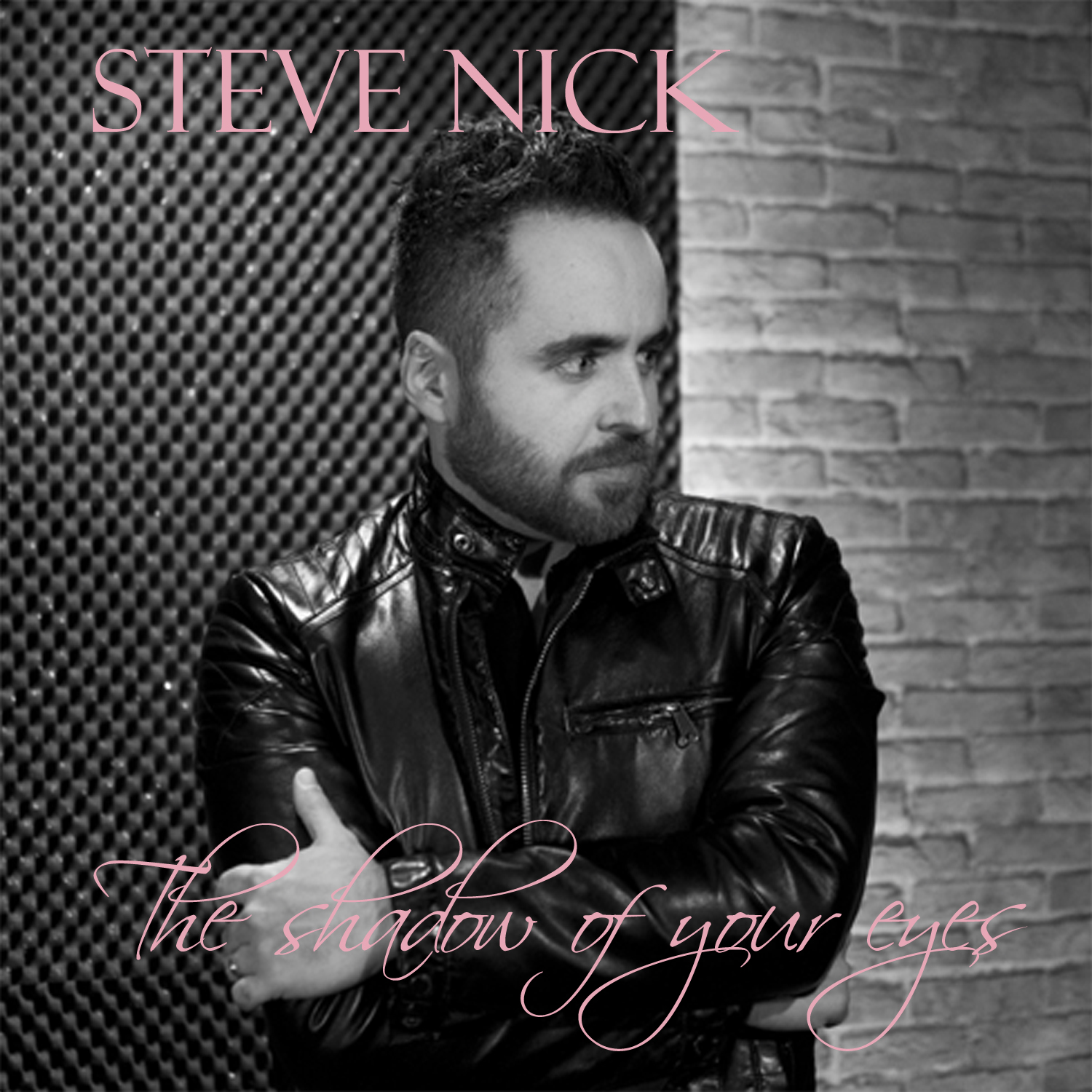 I almost don’t quite know what to make of this one! An Unplugged EP full of covers from a man two-letters away and likely mistaken in print by many as Fleetwood Mac’s Stevie Nicks enough times to fill a page at least I’m sure – we’ve got Steve Nick in review for his latest effort today. From what I can see, he’s a hardworking musician…quite a few albums, songs, EP’s under his belt already…he’s definitely got studio-experience…but I’m not completely convinced that experience relies in song-choice!

A cover-song generally requires a couple of things to become standout…one being that it does something slightly different than its original, and two being that the song itself will ideally play to the strengths of the person or band recording it. I think there are several ways you might come to the conclusion that the song you’re debating is the right one to choose as well; you could play it safe with a great song no one really heard last time around, you could choose a massive-hit that everyone knows, or you might just be choosing songs you’d like to sing along to…perhaps without realizing the potential consequences of choosing a song, sound or style outside of our capabilities.

And…as much as the dude seems like he’s a truly nice guy & hard-worker…when a listener is looking at a list of cover-songs that include some of the world’s most powerful singers of our current modern-day like Adele, Rihanna, & Gotye…as well as new-comers Shontelle and John Newman…I mean…Steve has put himself up against an audible-mountain of which the climb’s success rate would be akin to that of Everest – not many people, including those artists listed and covered on this EP, could pull off this entire set of five songs with the diverse nature and powerhouse vocals each of these songs need. I look at a list like this…and I personally ask myself why someone might choose to go after songs so massive that the only results would still likely pale in comparison? I think of the HUGE set of balls that Steve Nick must walk around with and have honestly come to the conclusion that they would have to be SO LARGE they’d need to be carried out in front via wheelbarrow…the confidence you’d have to have to approach these songs would have to be so massively high-up it would confuse most people and probably seem to border on arrogance as we all gasp in wonder of how someone could go after not just one, but FIVE enormous songs we all hold dear to our hearts & musical timelines…

Song choice…can be everything…especially when it comes to cover-songs. Although I applaud the bravery this EP would take to make and go after…well, of COURSE I’m pissed off that someone has let Steve wander so far away from where his strengths lie! Where is the cover of Florence & The Machine? The Pretenders? Or other songs that work WITH Steve’s voice, rather than have him try to pull off the impossible all the time? Because while we can live with the cover of John Newman’s “Love Me Again” even though we can hear every tone is more suited for the dissonance found in a band like Florence’s sound…a cover like what’s happening in Gotye’s “Somebody That I Used To Know” is going to straight-up make a large portion of the people listening straight-up mad. What I can’t imagine…is that Steve doesn’t KNOW that! He HAS to be able to hear what we hear…it’s a damn tough song to begin with, but Steve…brother…friend…DUDE…you’re missing this one by a fairly impressive margin! Though it has its moments…many of those I found are not upfront at the beginning of this song as it takes Steve a little time to warm up to the sound, but it’s that shakiness at the beginning that severely runs the risk of lowering volumes.

I like the idea of the music in “Umbrella” in this Rihanna cover…I think that Steve is doing some pretty cool stuff with his layered guitar-work here. I have about as much use for Rihanna in my day as a paperweight has work in the digital-age…but that being said, of course…we ALL found ourselves underneath Rihanna’s “Umbrella” like it or not at one point…this was a massive worldwide hit.

At this point in time…it’s impossible to know whether or not for sure that Steve Nick has been left intact by all the vicious Rihanna supporters out there; no joke my brother…if the haters haven’t gotten a hold of this one yet, prepare yourself Steve. Even if this song had been nailed perfectly – RiRi is considered untouchable by the majority of her fans…in which case, again – song choice! I think some of these covers that Steve has set himself up to play are the kind of massive songs that people will instantly rebel against, just from seeing the titles alone and long before he even touches a microphone or guitar.

Surprisingly to me, what I thought actually worked best for Steve on this Unplugged EP was the song I thought for certain he’d struggle with most, which was Adele’s “Rolling In The Deep.” Steve’s put in some good ideas onto this one, and tone-wise he’s a lot closer to where he’d like to be on this song than on any other. That doesn’t sound glowing-enough for a review or a listen? Think again. A passing-grade on an Adele song this massive would be a performer pulling it off at 25% of what she can do – and I think that Steve does enough justice to this song to warrant his cover…but I already know that many would potentially disagree. With the acoustic-nature of the song, a lot of the power she puts into the song is diluted & muted by comparison, but with many shining moments Steve has put in a worthy performance on an extremely tough song.

And let’s not forget – this guy has chosen to cover three of his five songs from female-driven vocals in powerhouse singles recognized worldwide. Those odds were stacked largely against him from the beginning…and when considering aspects like that, he’s done well on his Unplugged EP. There’s a lot I’d strive to improve on, but I respect the ambition and effort. I also think he ends this on his most solid performance with a cover of Shontelle’s “Impossible.” Much more suited to his own vocal-tones and style – this song plays to the strengths of Steve Nick and he raises his game up for this final tune. Really letting his voice ring out in the one-word chorus, Steve gives us a glimpse of the sound that got him here in the first place – his own.

Overall, I can read & I know this review probably has come out tougher than many normally do here at sleepingbagstudios. I’ve still found plenty to like in Steve…he’s put in great guitar adaptations of these songs for his Unplugged EP and had multiple moments where he DOES find that sweet-spot and the vocals work in a part of every song. He’s a capable & confident musician and I respect that – and I would bet money on the fact that listening to him through his own words, music and perspective would yield a much more positive response to the whole sound. Inside of other people’s music, words and ideas…I’m not as sold on him; but I wouldn’t be with myself either. Steve has attempted to tackle the giants of the genre here…to come out with his skin-intact will be an achievement as legions of fans of the originals will more than likely take a passing shot at him for a few of these attempts. I think that he’s been a brave man to go after these songs…and hit or miss, I respect the fact that each of these five songs are nearly impossible for their original singers and that he went after them anyway.

Steve Nick is a fearless man – and no one can take that away from him as a performer.

Find out more from his official page at: http://stevenickmusic.com