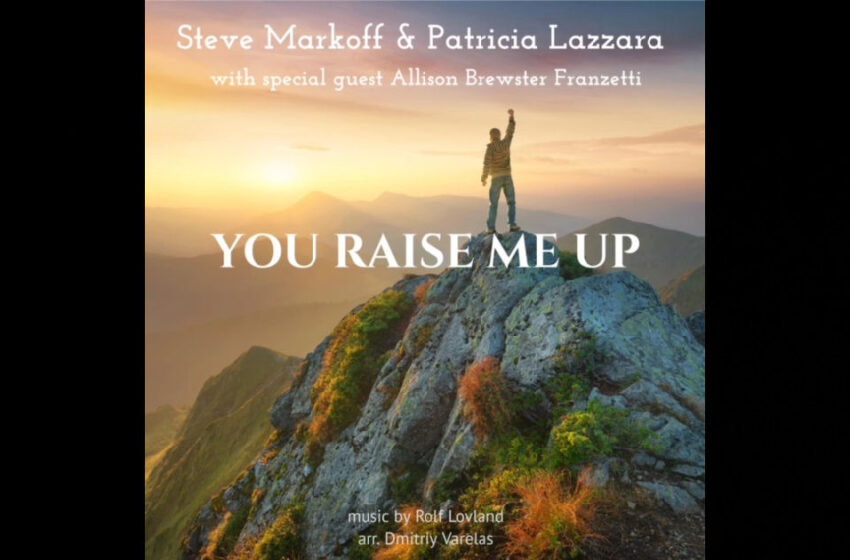 You can never really predict how music is going to be received, or what tools listeners have/don’t have to listen with…you’d be surprised what outside factors can creep into a critical evaluation and how that can do its best to threaten a writer’s objectivity.  For example – the Top-40 crowd out there that have no problem turning on the radio to listen to the same three songs repeated every half an hour…they probably have a hard time just stepping into the world of flute-based music, or instrumental tunes in general.  For myself personally, as a listener that craves diversity in sound 24/7 around the clock – I welcome artists like Steve, Patricia, and Allison onto these pages, perhaps even more than most, because this is how I get my education, and I enjoy just about every type of music out there under the sun in some kind of way.  For me, even as a person plugged into the scene on multiple levels, flute-based tunes are still rare for me to come across – so right off the bat, that uniqueness in the experience alone already provides value.  But then there are STILL other factors that apply in a scenario like this one, when we’re talking about cover tunes…at least for me.  I was addicted to talent shows for years and years and years…I’ve really only just recently snapped out of it actually.  It wasn’t just America’s Got Talent though – it was the British version as well…and the Australian one too…and any others I could get my eyes & ears on from any other continent or country willing to beam the Cowell-based broadcasting empire at my face.  From there, the math becomes incredibly clear…each talent show, is roughly about 24 episodes long per season…they’ve all got at least ten seasons or more under their belt…so the formula is this:  24 (episodes) X 10 (seasons) X (at minimum) 2 Groban covers per show = I’ve seen & heard somewhere in the neighborhood of a total of more Josh Groban than the actual Josh Groban has experienced himself.

So you see dear readers, dear friends…we all have different things that factor in how we listen to music, and it’s bizarre, random scenarios like I’ve just outlined that can throw a reviewer for a complete loop when trying to provide their objective best.  I am not gonna lie – I saw the players – Steve, Patricia, and Allison – three names I know have provided quality covers in the past from reviewing their music before, and I got excited!  Then I saw the name of the song they chose and my heart sank faster than the Titanic is able to spawn yet another round of endless covers of “My Heart Will Go On” this year to make sure it’s still able to keep up with the sheer amount of people covering “You Raise Me Up” and whatever the heck that Evanescence song is called that I’m still trying so hard not to acknowledge.  Obviously part of me is just kidding around and writing some of this to amuse you – but part of it’s also extremely relevant & something to consider; we all want to play the songs we love, but at some point, you’ve gotta also acknowledge that there are certain tunes out there so massive, that the moment you jump into the arena to compete, you’re already in line with another thousand covers out there and potentially diving right into the sea of sameness to drown, without even having the chance or opportunity to even swim.

This does all tie-in together, I promise.  The point I’m making here in my own rambling way, is that this trio of talent should be thankful they’ve got that additional advantage of their particular style this time around, because it’s really the instrumental spin on this tune that IS going to separate it from so many other covers of Groban’s timeless tune.  Were it not for that – my answer would be no…at this point in time, with as many versions out there, covering “You Raise Me Up” isn’t going to get your music the attention it likely should, simply because of how many there are.  Test it out for yourselves right now if you like – Google yourself some Groban, see how many come up, and you’ll see the potential issue here.

Just like we all listen to music with different tools and for different reasons, we make it the same way as well – and even in the instance where you’re about to cover that Evanescence song because you feel the world needs a millionth version of it just in case…far be it from me to stop you from playing the music you truly connect with and love yourself.  That applies here too.  Maybe you haven’t watched half the talent shows I have, or maybe you’ve never heard of Josh Groban before – maybe you’ll hear this flute-based rendition here and fall in love with a song that’s undeniably brilliant and has a beautiful melody to it, which these three have captured together sincerely in their own humble way.  The bottom line is, whatever it was that drove Steve, Patricia, & Allison to choose this song is as valid a reason as any other.

When it comes to how they’ve played it, I feel like they’ve done a solid job on “You Raise Me Up” together and get to the heart of the uplifting sound this song is directly intended to provide us with.  I think they’ve given it a lot of heart, a lot of sweetness, and enough of their own spin through their style that it’s well worth a listen.  Ultimately…don’t get me wrong – there’s a reason that this song is covered by so many, and that’s because its genuinely bulletproof – we ALL get that uplifting feeling from listening to “You Raise Me Up,” and between Franzetti’s delicate & bold piano work, and the dynamic relationship between the two flutes held by Markoff & Lazzara, they preserve this song’s most valuable asset in that respect.  I will admit…technique/production-wise, I felt like I did hear or notice more of their breathing between notes than I remember from their past material…but that could also be the result of a bit more space in this particular tune for that to be revealed.  It certainly doesn’t taint the song remotely enough to put you off of listening, but you all know me, I just call things like I hear’em, and perhaps that’s something they want to know about or be aware of.  We never know how people will listen, we never know what experience they bring into listening…and we never really know what a critic or reviewer, family member or friend, peer or fan will hear above all else…all perspectives are valid in their own way, of course.  For the vast majority, what you’ll hear are three passionate players that always do their best to do their best – and that’s always had me cheering for this trio of talents – it still does.  Even with as many times as I’ve personally heard Groban’s tune covered, I found it to be no problem at all to put on Steve, Patricia, and Allison’s version here and just let their peaceful & serene sound loop on repeat…it’s pleasant, sweet, melodic…I mean…if you don’t have room for stuff like this in your day, you should make some!  I’ve got no substantial complaints with the way they play it, I think they’ve done a great job overall and delivered on the most important elements that make the original connect.  My only concerns revolve around whether or not another cover of “You Raise Me Up” will get the attention it deserves in any situation or scenario with so many being out there, but if you’re willing to take that risk, or you just want to play a song you truly love, then far be it from me to tell ya to do otherwise.  To me, whenever you put your heart & soul into something like art or music, hopefully the first person you’ve satisfied is yourself for the achievement – but in the end, I’m always confident that more than enough people will catch on to your passion, hear it, and see it, just like I’d imagine listeners will with this cover right here.  It might take’em a while to find it, but they’ll be happy when they do.

Find out more about Steve Markoff & Patricia Lazzara at the official website at:  https://www.lazzarkoff.com

Pre-save their cover of “You Raise Me Up” at Spotify here:  https://show.co/ojSBHYY