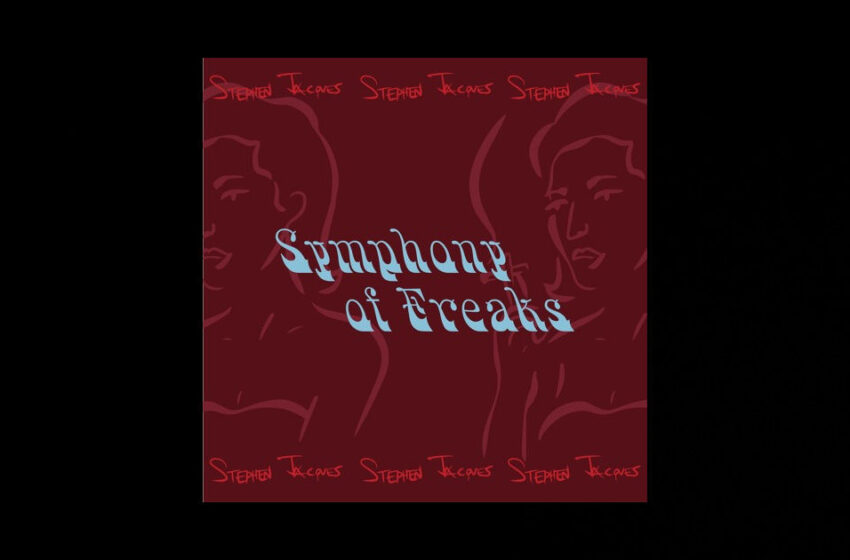 Ultimately, if you’re not gonna set out to recreate the wheel when it comes to makin’ music, at the very least, do what you’re doin’ well and own it…I’d say that’s what Stephen Jacques has accomplished here.  I’ve been spinning this slice of his new record called Send Them Love…a song called “Symphony Of Freaks” to be specific…and yeah man…I can dig it.  It’s a little bit Rolling-Stones-with-a-violin to a degree – but there’s also something seriously rad about the level of confidence this dude is plays his tunes with.

I suspect that’s what’s led him to a victory with my ears here.  I don’t hear a lot ‘new’ in “Symphony Of Freaks” – but that’s not always the point in making music…sometimes we just wanna rock & I wouldn’t hold that against anyone out there if that’s how they feel.  All I wanna hear…like…ever…is the passion and purpose, you follow me?  You can play the same three chords over and over and over again if you know how to rock’em the right way.  Stephen’s kind of taken the Alt/Country/Rock sound and added a clock into it with “Symphony Of Freaks” – aka the violin you’ll hear.  There’s definitely an argument to be made that you’ve heard many tunes like this one before throughout the history of music – but I’ll admit that it’s much rarer to find them rocked with the fluidity and natural flow that Jacques has got goin’ on.

I can’t see anyone out there that likes any one of the three main genres he’s blended together in the Alt/Country/Rock combo making any kind of massive objection to this…I’d even be inclined to tell ya that he’s got just a slight hint of the ol’ psychedelic/surf-sound in the mix for ya as well.  All-in-all, it’s the kind of cut that sneaks up on ya in the sense that it almost nearly appears straightforward & normal at first…kind of regular in the sense that you’d assume you can just play it once or twice & then put it down easily afterwards…but I’d be willing to bet “Symphony Of Freaks” will surprise more than a few people out there in terms of how much they’ll wanna come back for a repeat listen, or several.  Like I said – it’s not always about breaking entirely new ground…this whole music thang…but if you’re not, rest assured, you want everything to be as bulletproof and flawless as it can be…and I’d argue that this pretty much is.  I can’t hear anything that I’d recommend changing…I wouldn’t add anything to it, and I wouldn’t take anything away from it either…so you’ve kinda gotta assume that “Symphony Of Freaks” has everything it needs and not an ounce more.  The personality shines more than anything else if you ask me – but make no mistake dear readers, dear friends – the right personality can be a bigger hook in music than any sound or moment could ever be…so ultimately, Stephen’s got plenty to work with to draw y’all into this.

I think what’s really working is occurring both in front of the scenes in the spotlight, and also tucked away behind the studio boards as well.  Stephen’s clearly got the chops to be a great frontman – he’s just got that extra X-factor required to make the magic happen on the mic, even if he’s not the kind of singer that’s ever gonna blow you away from some kind of show-stopping note being sung, you feel me?  He’s got that…strange alternative charm that’s working wonders for him…you wanna root for this guy to succeed based on what you hear and the way he plays his music.  Like I said…passion…purpose…desire – these ingredients matter & he’s got plenty of’em in his music…it doesn’t have to be something all-new to make an impression on us all, just played with a significant amount of heart & personal investment in the results.  We want to hear that the music matters to ya, and that you care about getting your best on a song or a record or whatever – and I felt like there wasn’t a moment where Stephen let anyone down in that regard.  He clearly wants to move & groove & rock his tunes & I’ve got nothing but love for that.

In perhaps the wisest of choices – he’s enlisted the all-star assistance of John Morand and Alan Weatherhead to produce his music…and I cannot express enough in words just how incredibly well suited they are for a sound like Stephen has.  They’ve produced many artists & bands that exist on my playlists to this very day – one of those names being the official Alt/Country/Rock GIANTS known as Cracker…David Lowery’s vehicle for audible awesomeness that’s always been strange to many folks, but pure gold to those of us that appreciate the outsiders on the fringe of our music-scene.  All-in-all, you’ll listen to a song like “Symphony Of Freaks,” and if you’re familiar with Cracker’s catalog yourself, or the offshoot project known as Camper Van Beethoven that they also produced, you’ll know exactly why a pair of talents like John and Alan would be a perfect fit for the music that Jacques is creating.  It ain’t all that far removed from a sound/style like Cracker or good ol’ Camper Van rock with…which is yet another reason as to why Stephen’s probably able to get away with keeping me interested & engaged even if I’m not hearing something that’s bringing a whole lot new to the table.  It’s just one of those sounds that I personally can’t get enough of…and I suppose ultimately I couldn’t care less if it gets recycled anew over the years, time & again through new bands & artists out there; it’s hard to resist more of what ya love, and I’m not all that inclined to try.  Instead, I feel more apt to turn this single on up, let Stephen’s guitar sparkle & shine through the speakers with its rhythm & groove…and enjoy the stunning violin work that comes along with this tune.  There’s really nothing out of place here…the rhythm section is right on the money, the lyrics have enough story & uniqueness to get us paying attention, and the backing vocals add a significantly different sound that complements the lead from Stephen in a real ear-catching way too.  It’s FUN, dare I say…not everything in music needs to be all that different all the time – sometimes we just wanna hear a sound we know we can rely on to deliver the goods – that’s what I felt like I found in the music of Stephen Jacques – “Symphony Of Freaks” gets a sincere thumbs-up of approval from me.

Find out more about Stephen Jacques from the official website at:  https://boxofmoxie.net