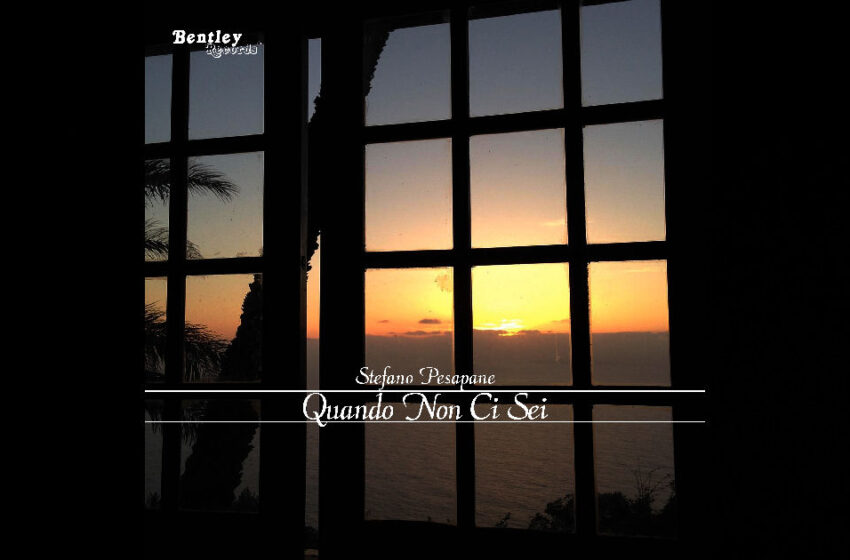 This dude already has such a storied career and has achieved so much in his lifetime from his 30+ years of experience that, believe me, the last thing Stefano Pesapane really needs is any confirmation from someone like me.  His resume speaks for itself, that much I can tell ya…dude found his way to the drums at 8, started performing by 16, went pro by 22…and from what I understand, he’s never looked back.

I like both of these new singles from Stefano…though I’d say I’m a little more partial to one of’em on a personal level, so let’s start there.  To me, “Quando Non Ci Sei” was the track I found myself digging by about a fraction or two more than the other…and that’s largely because the musicianship is straight-up outstanding.  It’s an innovative tune, spectacularly well-played and imaginative…tracks like “Quando Non Ci Sei” feel completely fresh, alive, and 100% new from start to finish…that’s why it’s got my vote as being the better cut out of the two I’ve got here in review.  Don’t get me wrong, I enjoyed “Un Solo Respiro” too and we’ll get to that – but “Quando Non Ci Sei” was stunning, artistic perfection come to life in all the right ways.  The colorful jazzy vibes…the use of texture and tone…the incredible beat and sound of the drums, keys, and guitar…I mean…there is a LOT here to love, and I’ve had no problem at all doing exactly that – lovin’ it.  There’s real genius at work here y’all, and it’s something you can audibly hear in the way this whole song is constructed and played…for an instrumentally-based tune, the hooks are spectacularly radiant – and even those people you know that typically need something to sing along with would be able to appreciate the music of a song like “Quando Non Ci Sei” and how captivating it all is.  From the light Funk in the atmosphere to its jazzy core, from the beauty in the melody to the creative ambition in the music – this track makes for an exceptional introduction into Stefano’s whole world of sound, and creates an unforgettable first impression that you simply cannot take your ears off of.  It all really comes down to the execution here for me…the ideas are fantastic without a doubt, but the way that it’s all played is extraordinary – and I love that we can really hear that.  Really clever stuff goin’ on from what we hear on the surface to the layers underneath in the background from the music to the vocals scattered into the mix – “Quando Non Ci Sei” earns your attention by being entirely interesting. 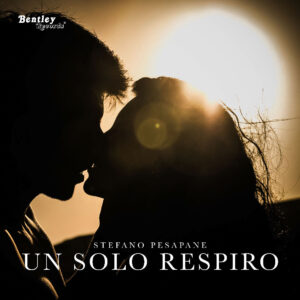 As far as “Un Solo Respiro” is concerned…I felt nearly the same when it came to the musicianship and instrumentation involved, but I did also feel like this was a bit closer to tunes that I’ve heard in the past as well, which is why “Quando Non Ci Sei” has the edge when it comes to my affection & interest overall.  There are some really outstanding moments in this second single though – like the guitar solo – that’s got incredible tone and skill on display for ya…the synth additions into the background layers – I like those too…the low-end sound that gives this track extra depth & the tightness of the beat…there’s a whole lot you can certainly count on in the music of this seasoned veteran of the scene to deliver, and he definitely does.  If I had any issues with “Un Solo Respiro,” it’s probably surrounding the vocals in the mix, though I didn’t find anything was such a hindrance that I’d ever stop listening.  Stefano has got such a remarkably rich and deep voice that I found he snapped us out of the experience a little bit by adding himself more into this tune…like as in, whenever he’s speaking, that becomes the real dominant trait in the song.  Obviously if you love that, then right on, there’s more for ya within “Un Solo Respiro” in that regard – for myself personally, it’s the instrumentation & musicianship that’s leading Pesapane to victory, so clearly whatever I can do to get to that more clearly without any obstruction in any given tune is gonna be the way to go for me.  I ain’t opposed to what Stefano’s laying down though…it’s a bit more of a noticeably dated approach in the way he’s gone about it, and I think there’s still room for him to evolve a bit more in his vocal ideas and the way he’s choosing to go about presenting those in the music he’s making with the mix he’s putting on’em being so bass-heavy…but I wouldn’t dispute the extra layer of charm that his voice brings to a song like “Un Solo Respiro” either.  It’s kind of like what you’d expect to find if you could cross Barry White with Carlos Santana…and ultimately, that’s cool y’all – Stefano’s got a distinct style you’ll certainly remember, and a couple of vibrant new singles to dig on.

Find out more about Stefano Pesapane from his official website at:  https://artistecard.com/stefanopesapane